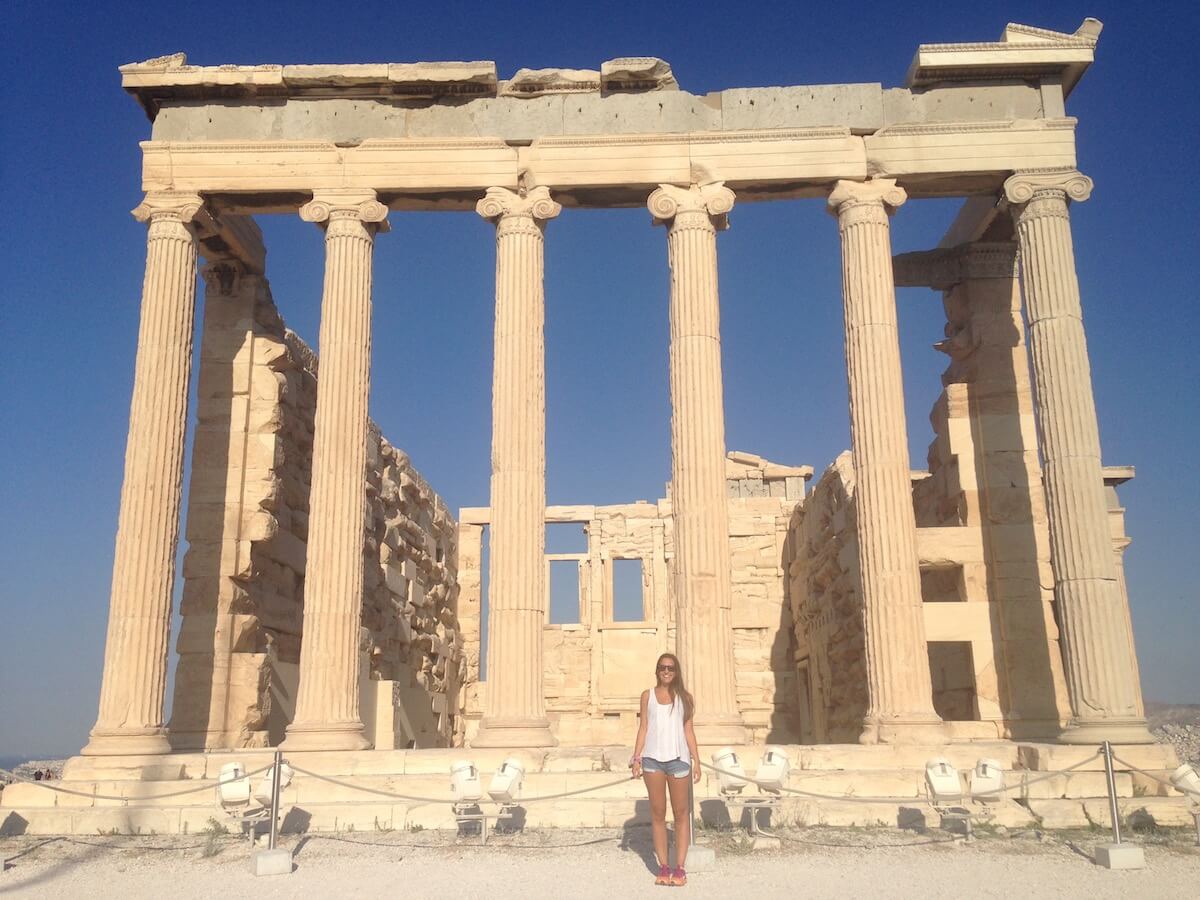 I know, the first thing that is coming to your mind is “why only 22h”. Well the answer is the dumbest you could imagine. We decided to buy tickets and with the rush of the moment, never realised we would be coming back after 22h in Athens instead of spending a weekend there. That was the initial plan.

Itinerary for our 22h in Athens

We got to the Athens airport at 4:30am. Decided to sleep there for a bit and catch an early bus to the city to get proper breakfast. We walked from where the airport bus dropped us (in the city centre) to the Acropolis. The plan was to get there right before opening hours at 9am, and there were people already queuing. Turns out going there first thing in the morning was a really good decision: you find less people than during other hours and the sun is not as hot.

To ascend to the Acropolis you go up the stairs of the Propylaea, the name that any monumental gateway receives in the Greek architecture. We got lucky there and saw a guard change. On the right you see the Athena Nike. Once in the Acropolis you can see the Erecteum with the caryatids (that are just replicas because the originals can be found in the Acropolis museum) and the Parthenon. 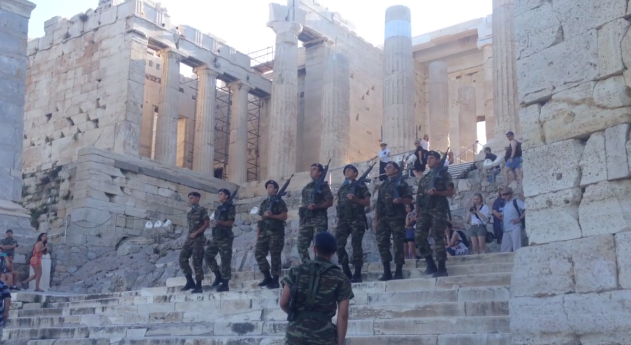 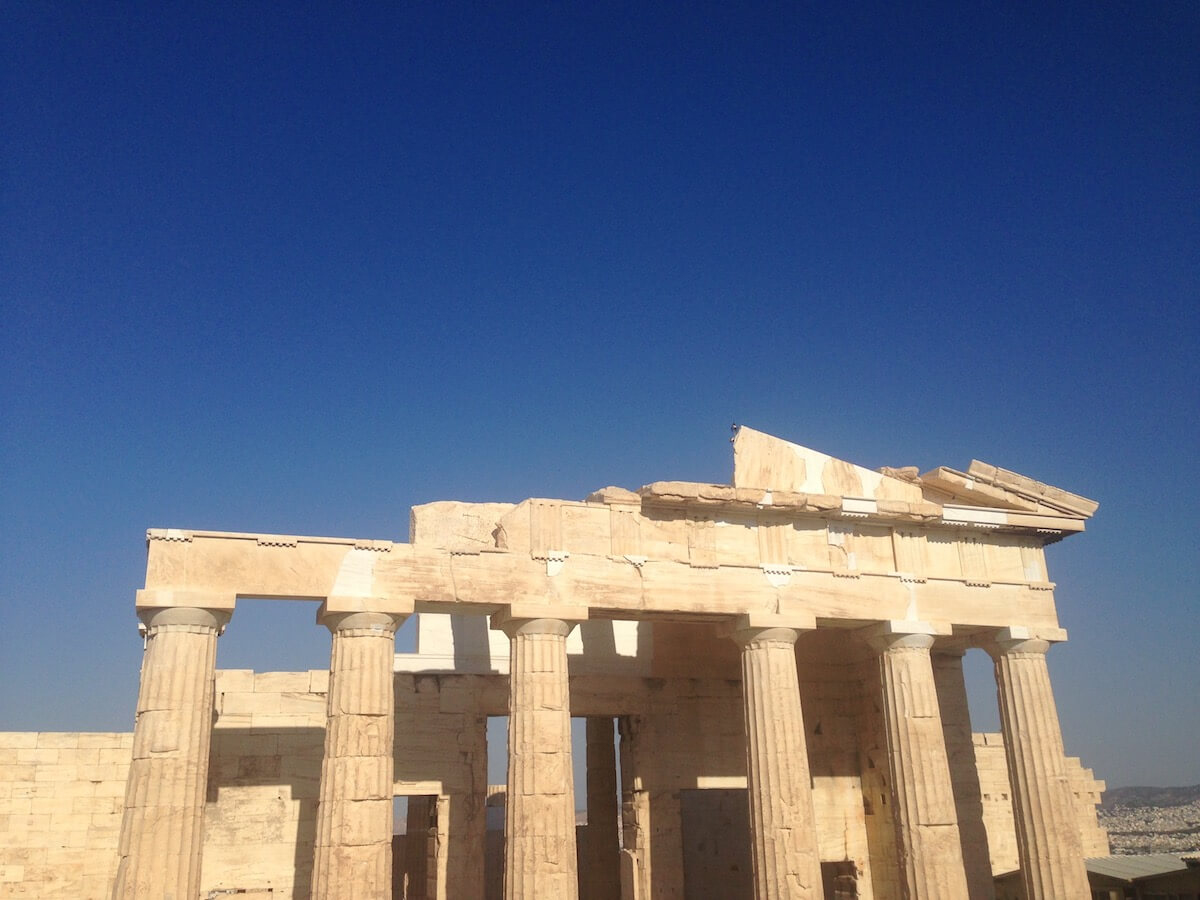 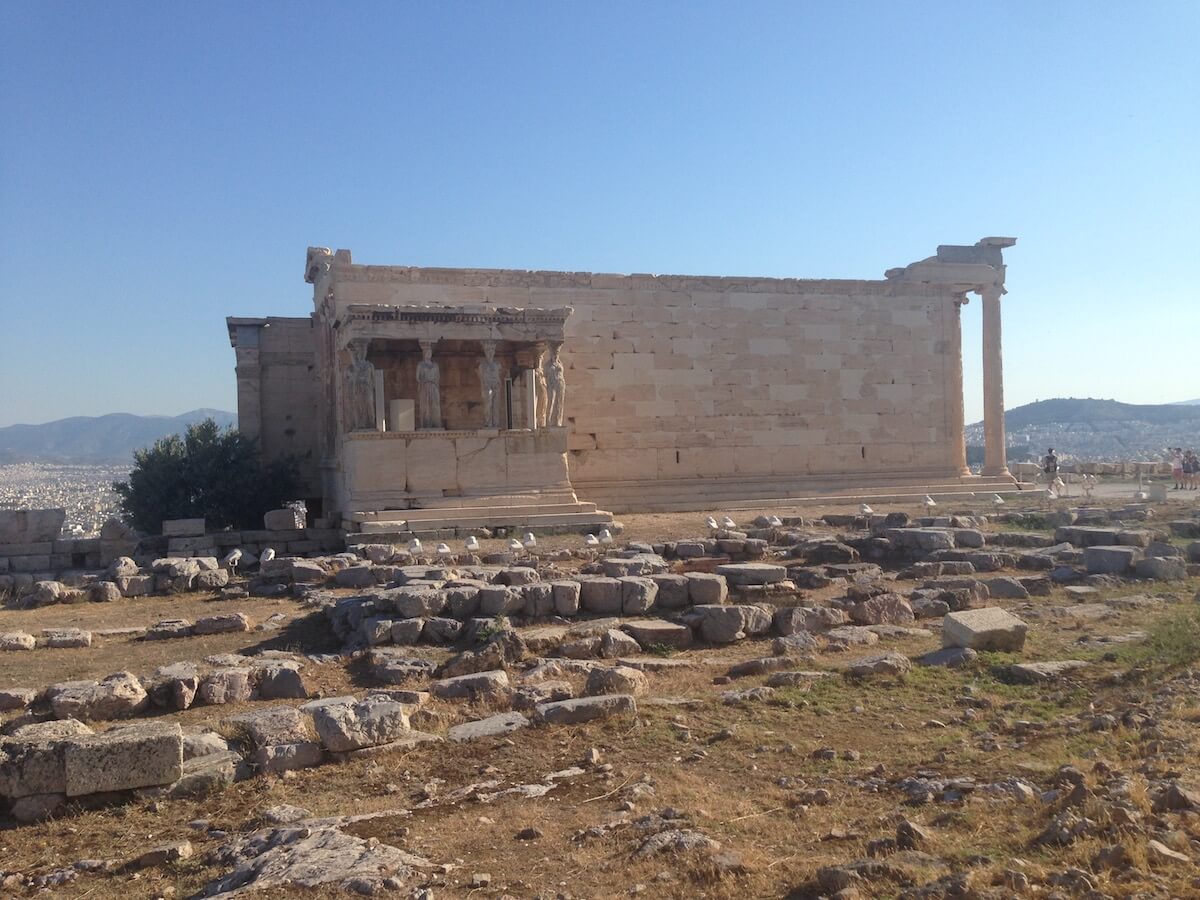 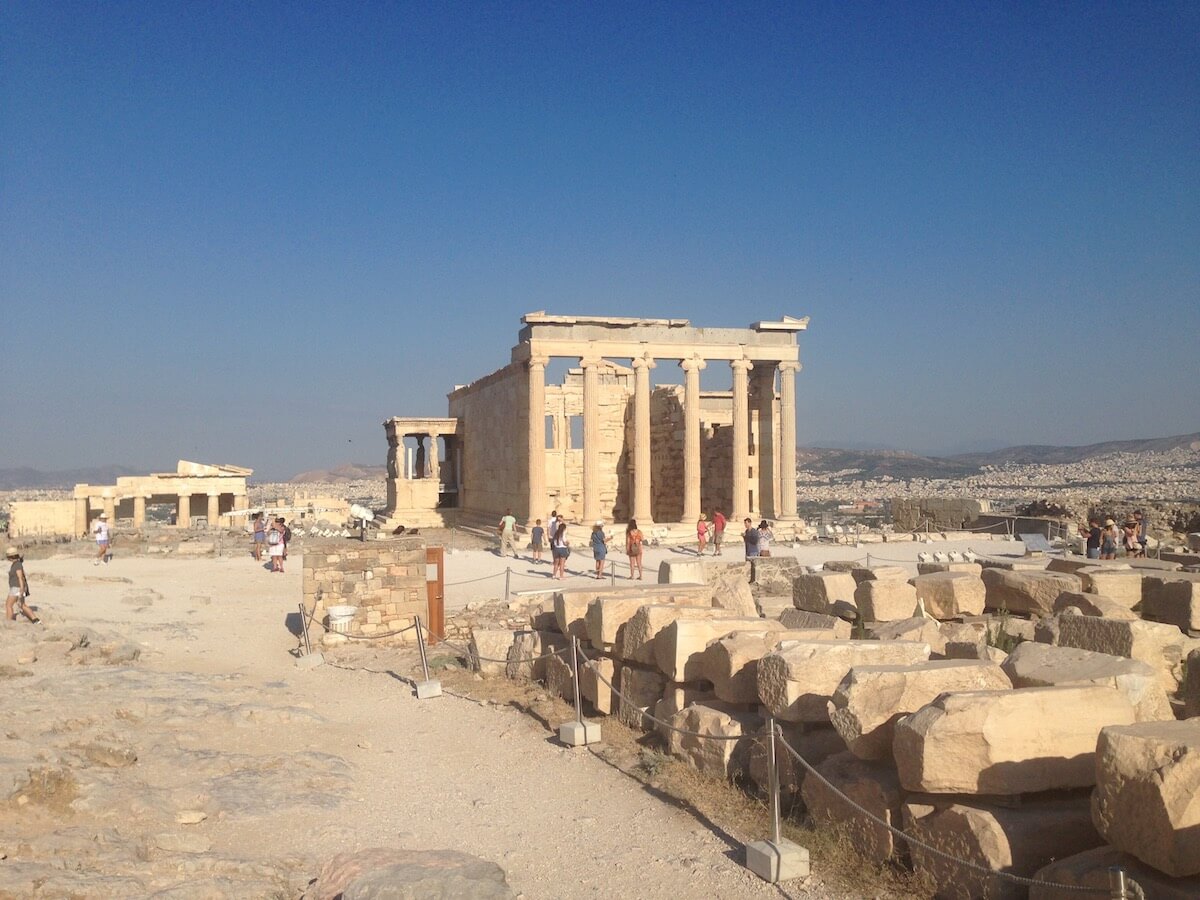 From the Acropolis you can see the Theatre of Dionysus. It is the bigger theatre in Athens just built in the foot of the Athenian Acropolis. We could see they were preparing a concert and later in the day, just walking by, we saw people going to the concert.

After visiting the Acropolis we strolled down the hill where it is located to find the ancient agora. You can see the Temple of Hephaestus, and particularly I liked that one a lot because you could literally circle around it, seeing every front of it. You can also find the ancient agora museum that was founded in 1957 in the Stoa of Attalos and has a rectangular shape with columns. In the museum there are different objects found while excavating the area  – jewellery, weapons or coins.

After that, we found the cutest little street, it was a narrow street going down the Acropolis hill pretty steep. It had restaurants and bars both sides, making the street their terrace. We sat down for a well-deserved cold beer and asked the waiter for a nice place to have lunch around the area. We continued the same little street down towards the city and found a typical Greek restaurant.

After lunch and all the hours of sightseeing we decided to go to the Arch of Hadrian. On Dionissiou Areopagitou Avenue we found a park to lay down and let the hottest hours of the day pass by. 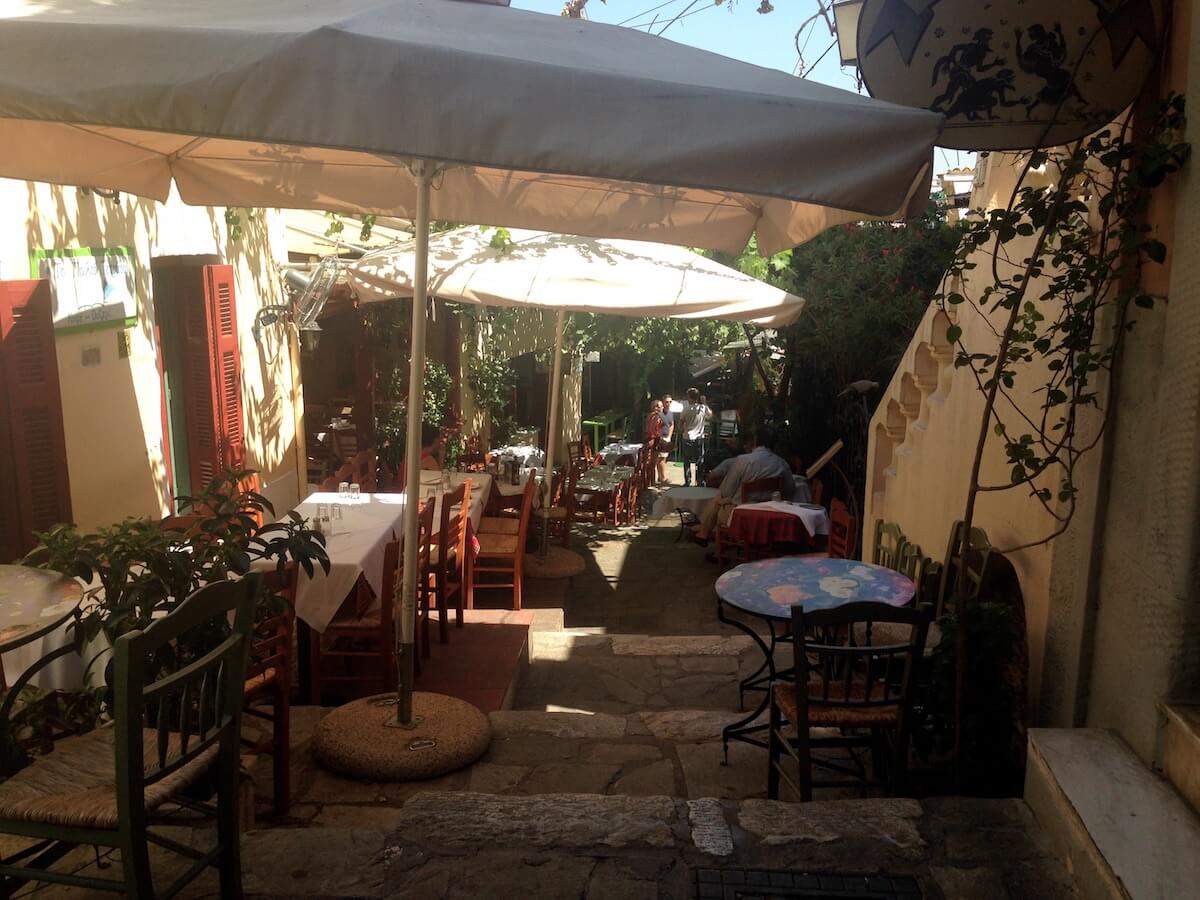 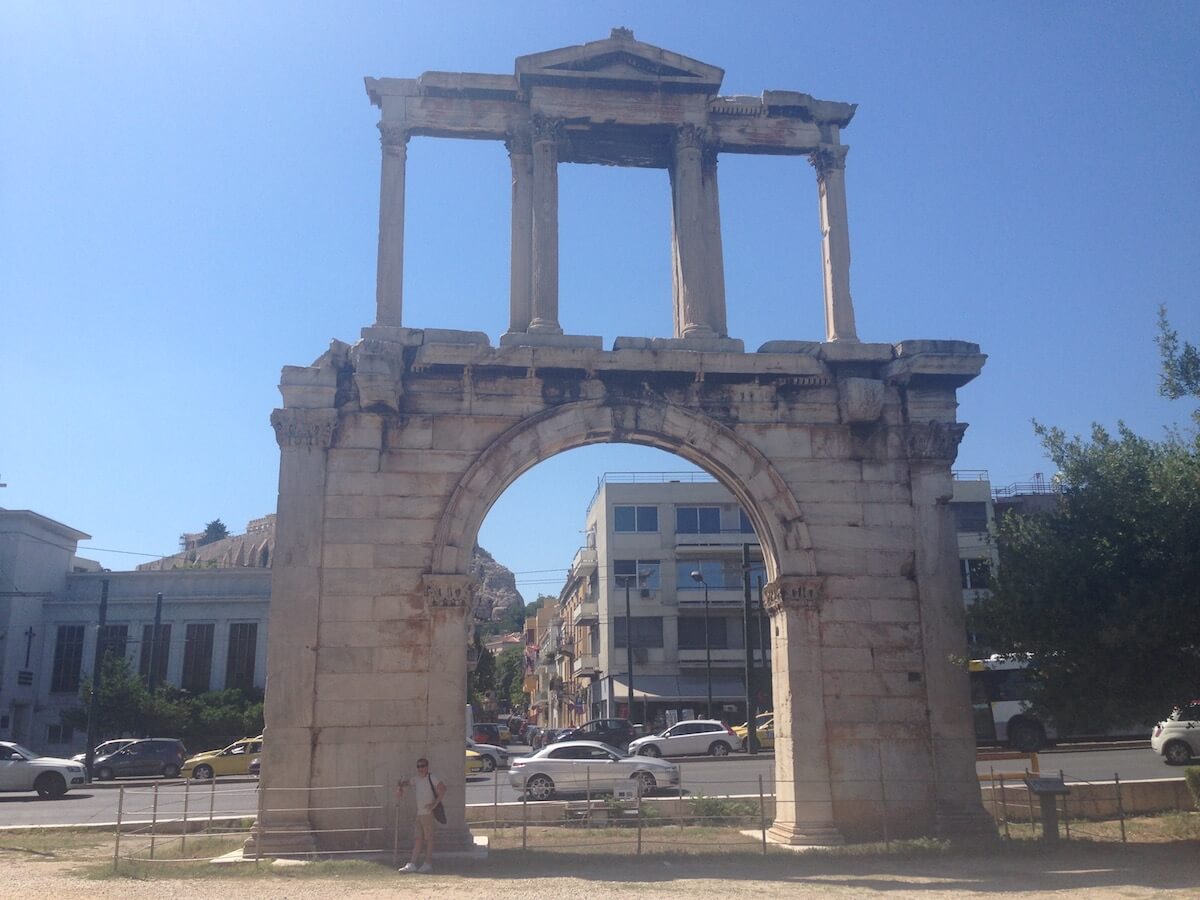 After the little power nap, we walked around the neighbourhoods of Plaka and Monastiraki.

We found there all the souvenir shops and typical Greek hand made clothes. The streets are full of life, with music coming out of the shops and people walking. There are also lots of restaurants. We found Plaka very pretty; the houses look like the ones in the Greek Islands because sailors that were coming there built them.

We decided to go up to the Philopappos Hill. The hill is close to the Acropolis and more or less at the same level. From the top of this one you get to see the Acropolis and of course, the whole of Athens. It is an amazing lookout and the best part, we just got there by strolling around the city. You can see the Acropolis, the city at your feet and the sea. It was also close to sunset so the city looked just peacefully beauty from up there. 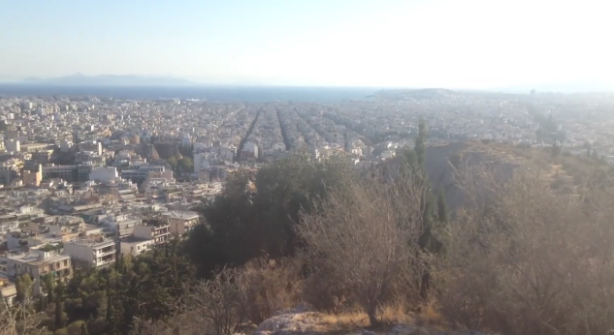 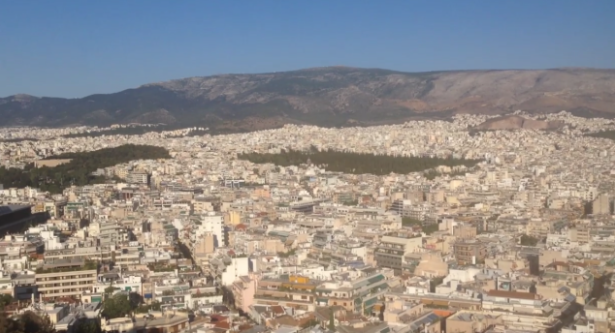 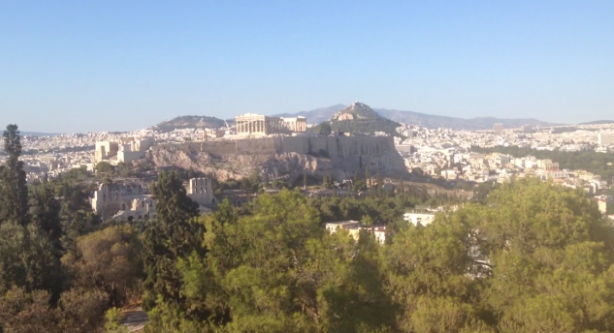 We ended our 22h in Athens having dinner in a romantic restaurant in Plaka. Drinking wine and having deep meaningful conversations. Isn’t this what all day trips are about at the end?