12 reasons to fall in love with Budapest

I went to Budapest for a weekend in September and the city exceeded my expectations. I’d even go as far as to say, after Barcelona, of course, it’s my favourite city in Europe. I liked the vibe of the city, its monuments, the views of it, the ruin pubs. I liked it all!

My 12 reasons to fall in love with Budapest

One street away from our Airbnb apartment there’s my favourite ruin pub in Budapest: Szimpla Kert. It is an awesome venue with different vibes. There is loud music, drinks, random decoration items, bicycles hanging from the ceilings and people from all ages hanging in the same place. If the fact everyone from different ages loves it doesn’t tell you waht type of place it is, I don’t know what will. My absolute favourite place in the city. Also, they sell carrots. Yeah, imagine my face when a woman with a bowl full of peeled carrots came and tried to make us buy a carrot. Of course, we did, because… Do what you see wherever you go, right? 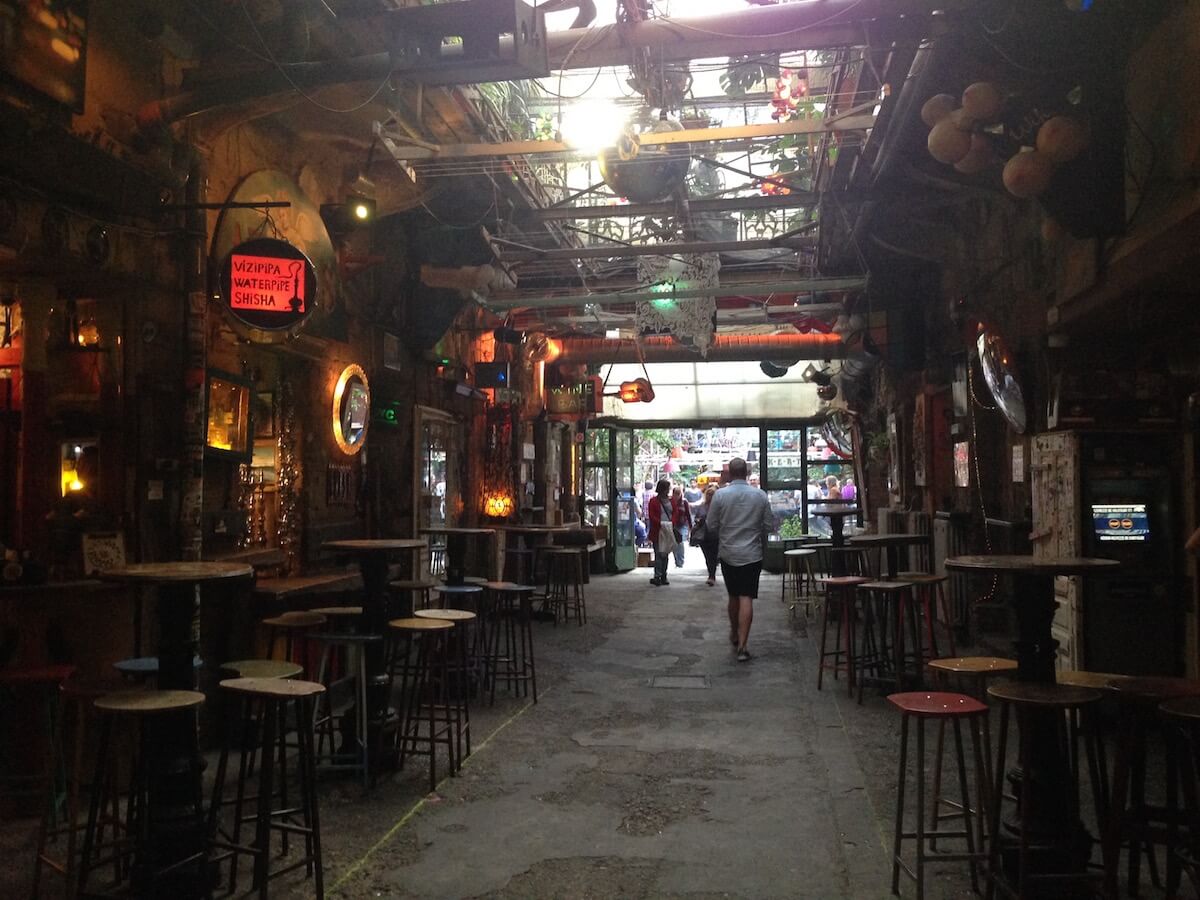 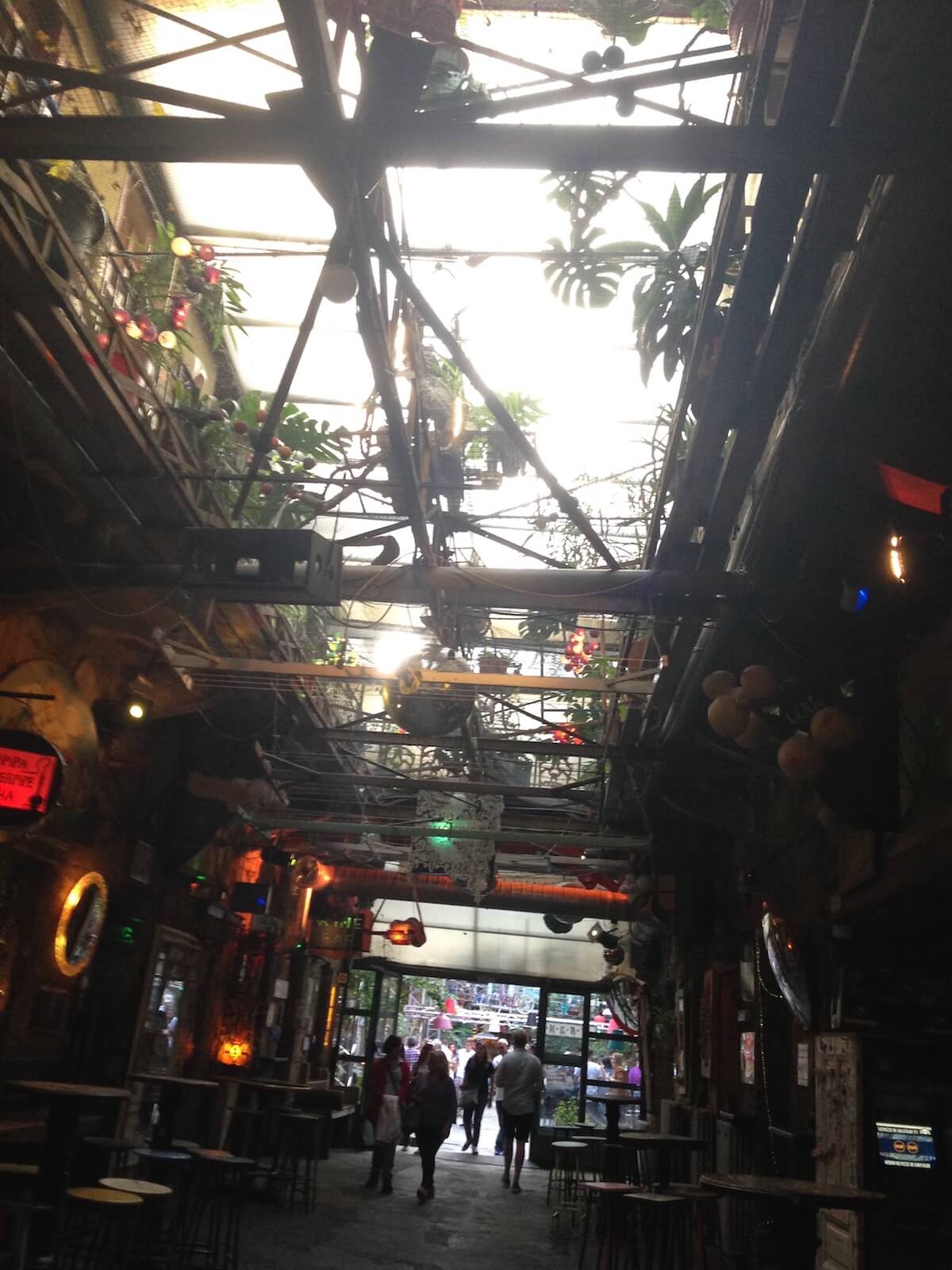 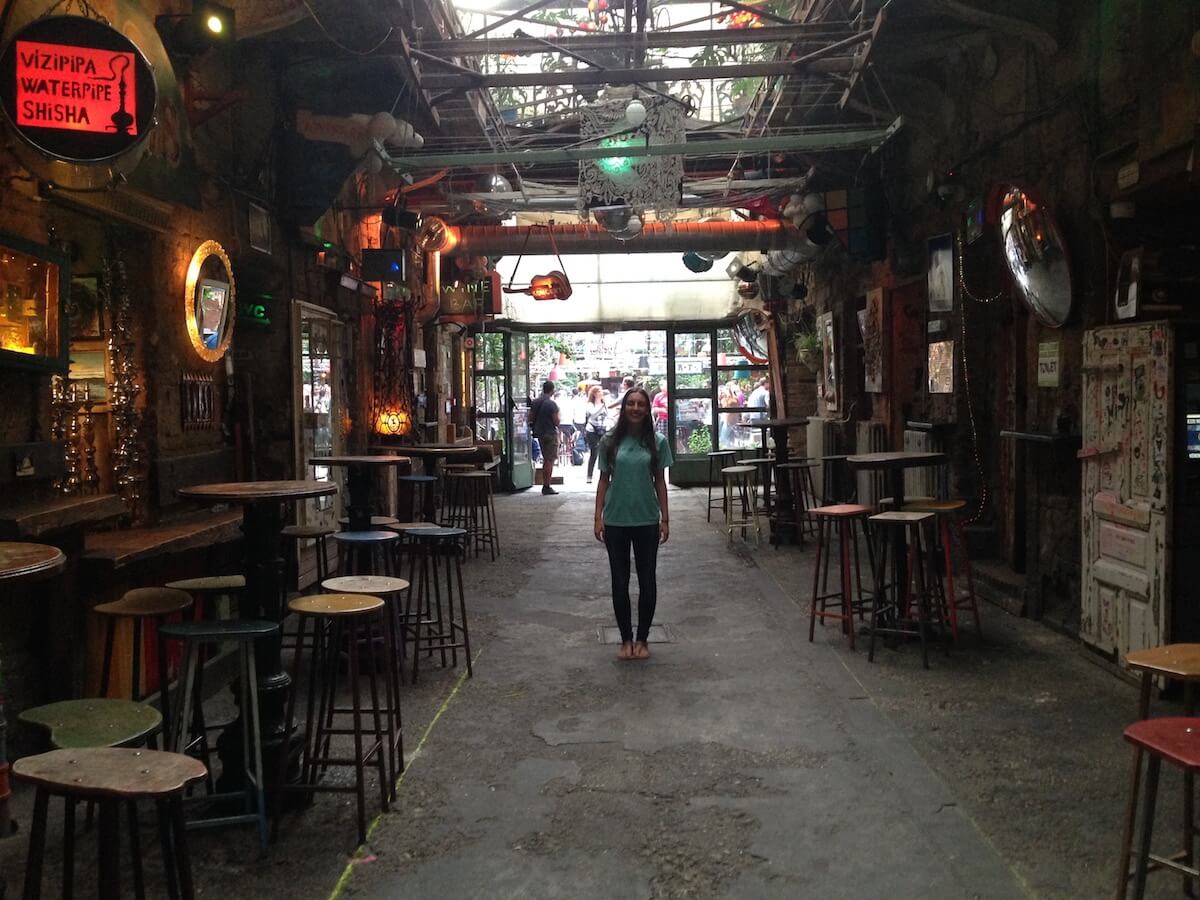 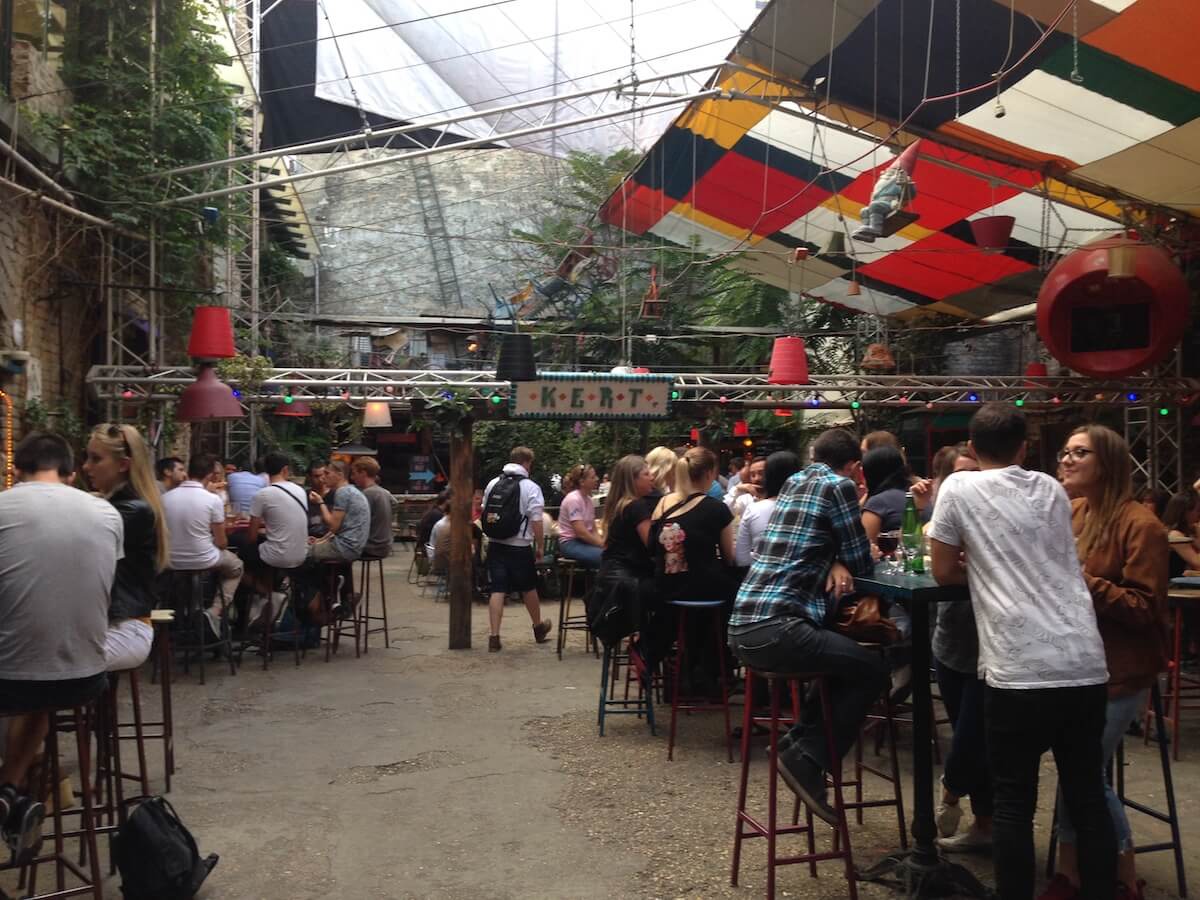 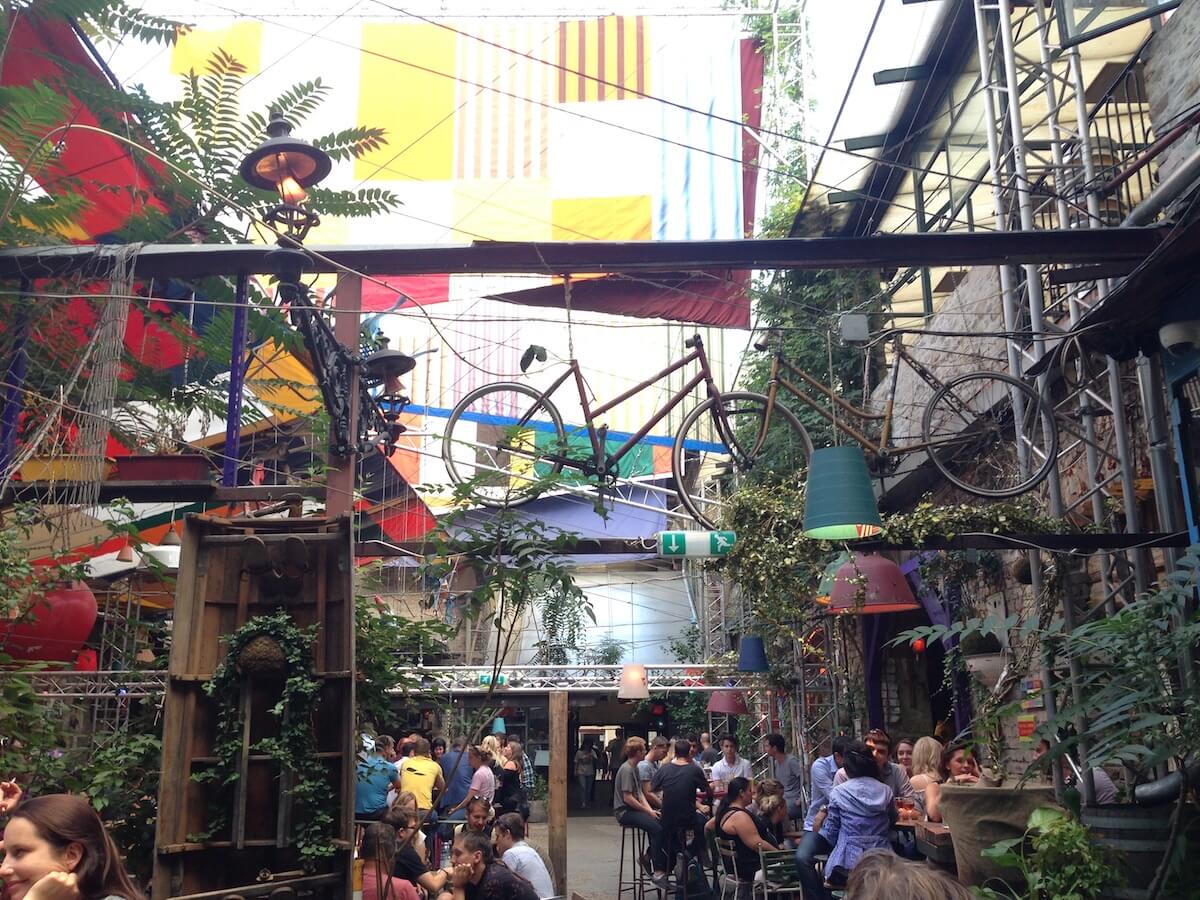 The building is on top of a hill that overviews Pest and the chain bridge, and that was my favourite lookout from the city. It is a touristy spot but worth the visit. The Pest side of the city is full of steep hills and parks, and it’s more of a residential area, whereas Buda is the urban side of the city. 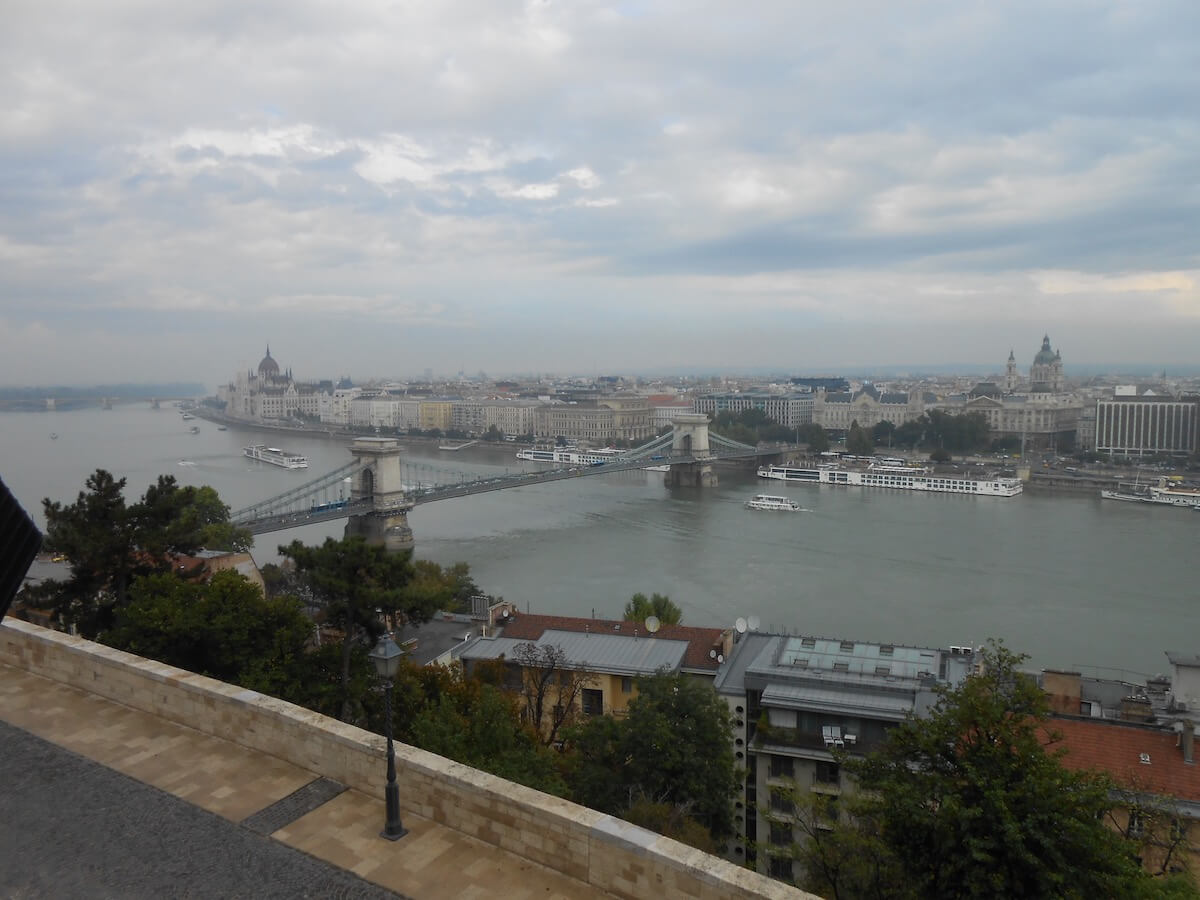 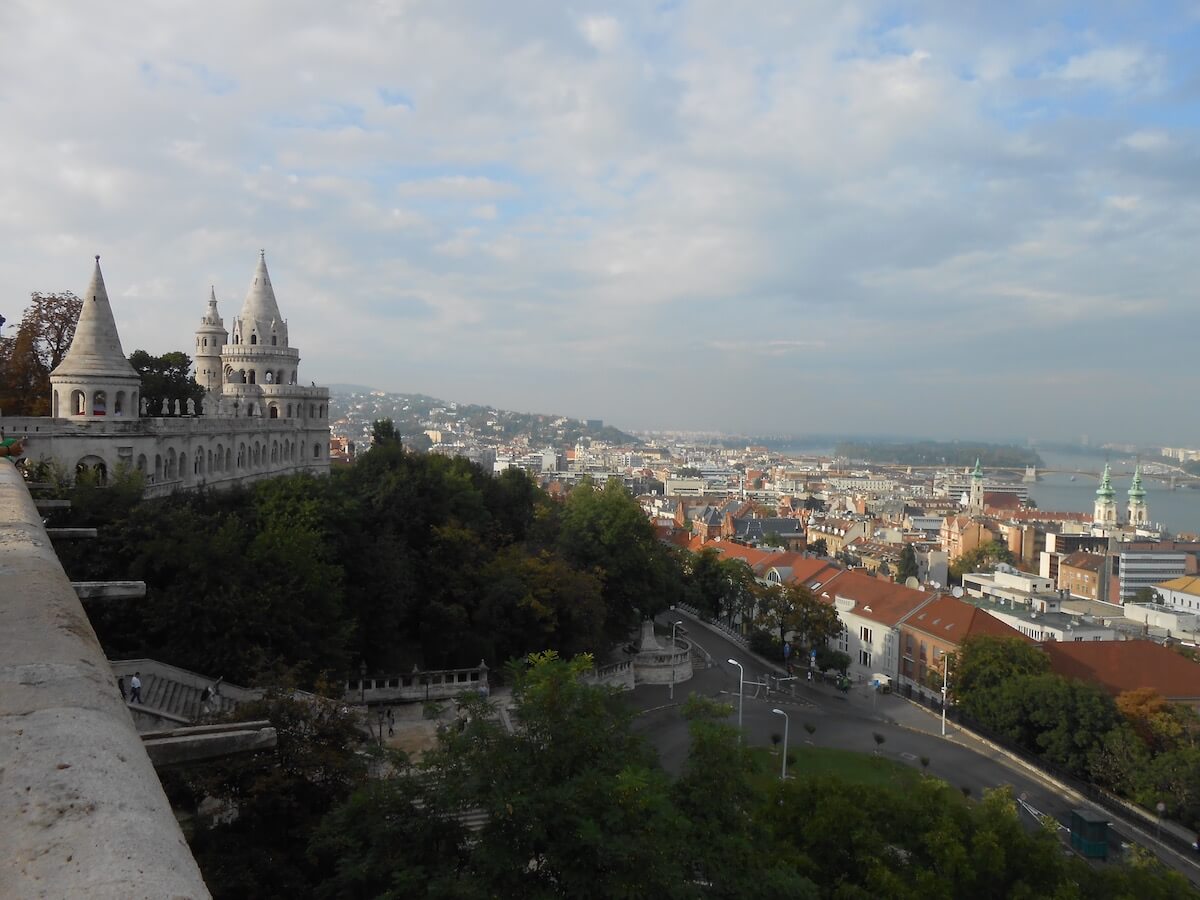 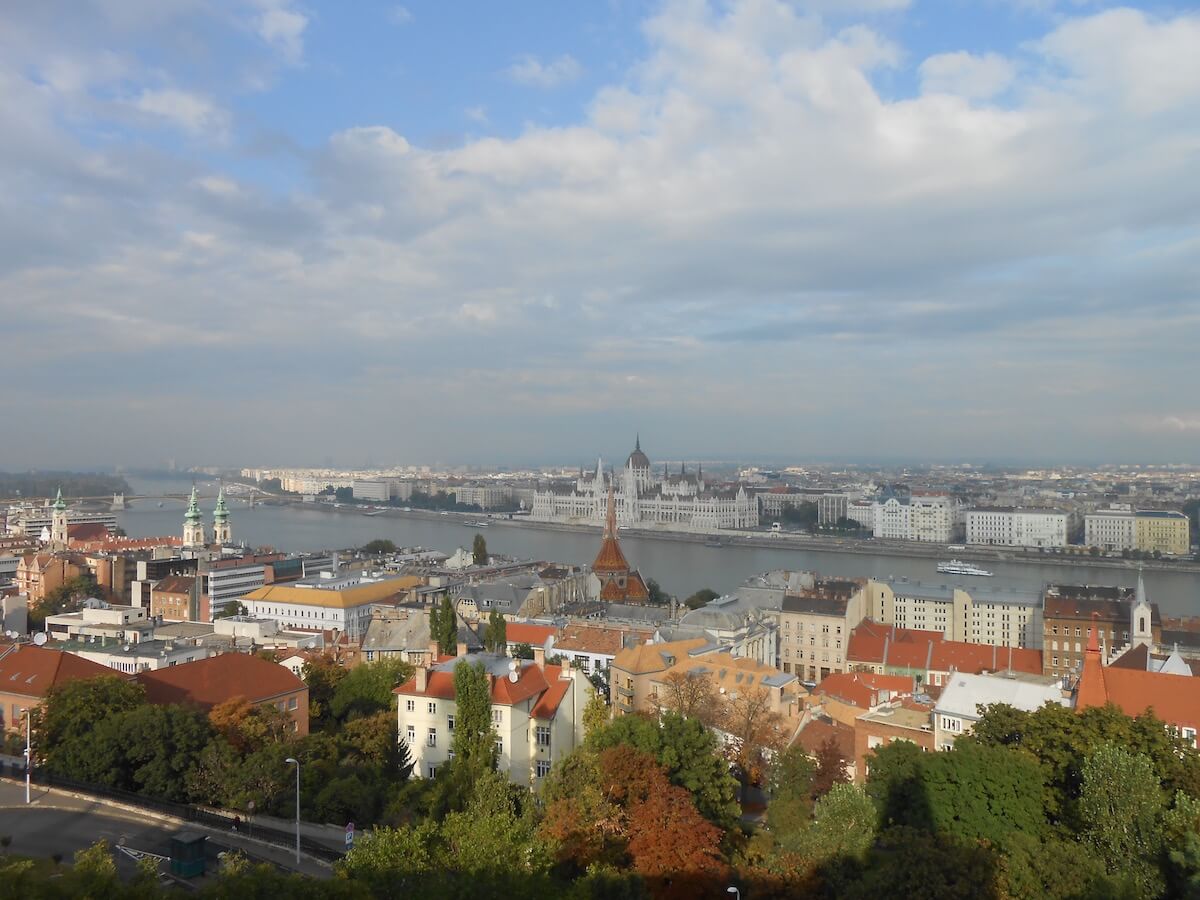 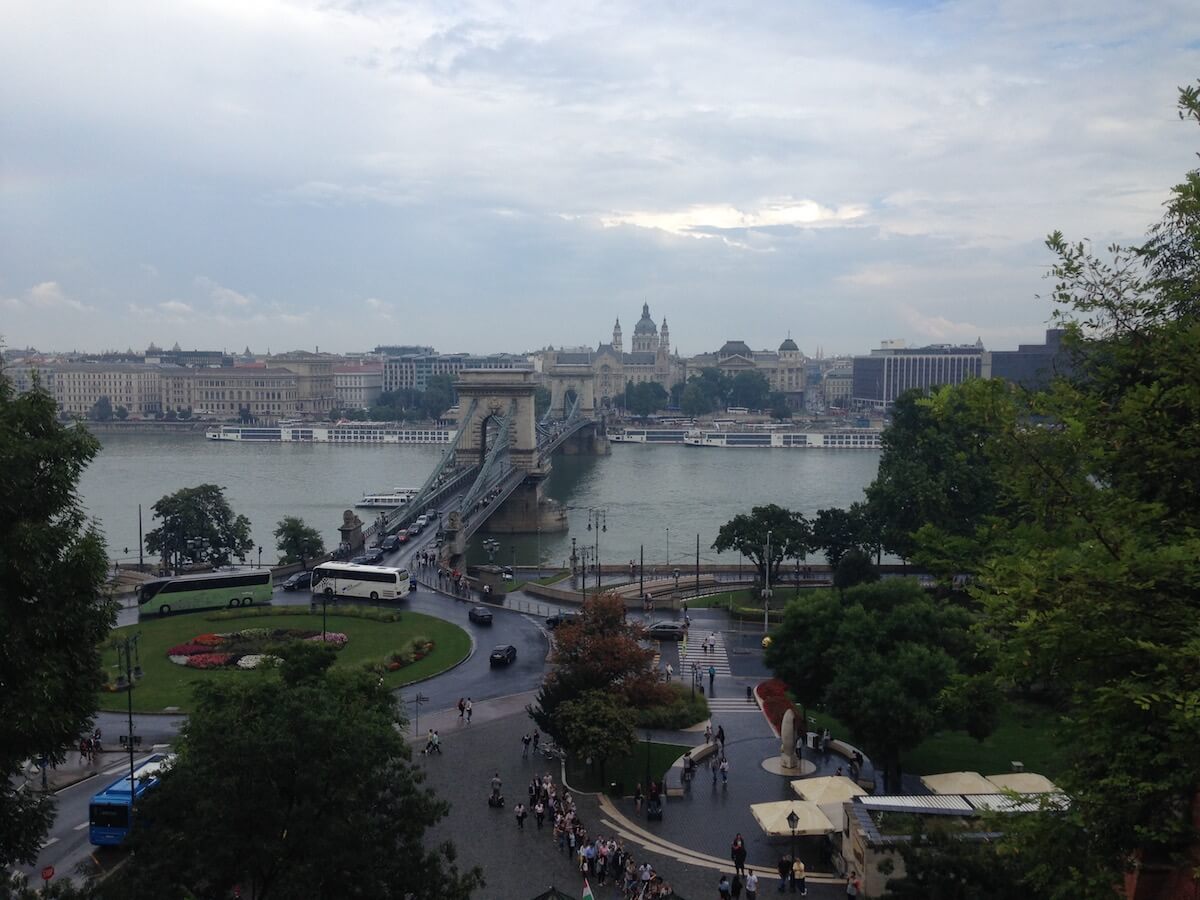 The building is awesome and the roof is so impressive. Also, there were at least 3 different weddings that day, so the surrounding areas were full of dressed up people with brides and grooms taking wedding pictures. 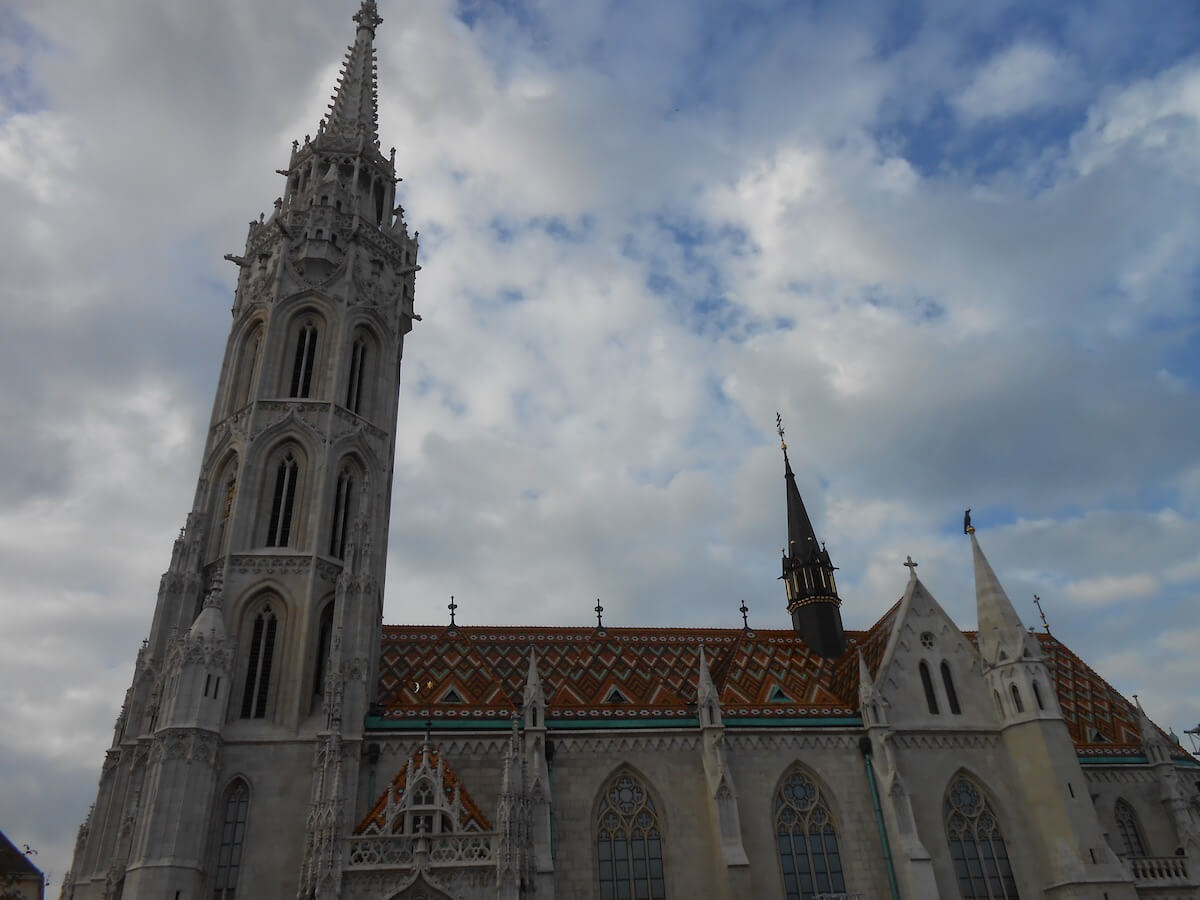 Close to the church there is the Fisherman’s Bastion, and from its arch’s you can see the Danube river and the impressive building that the parliament is. 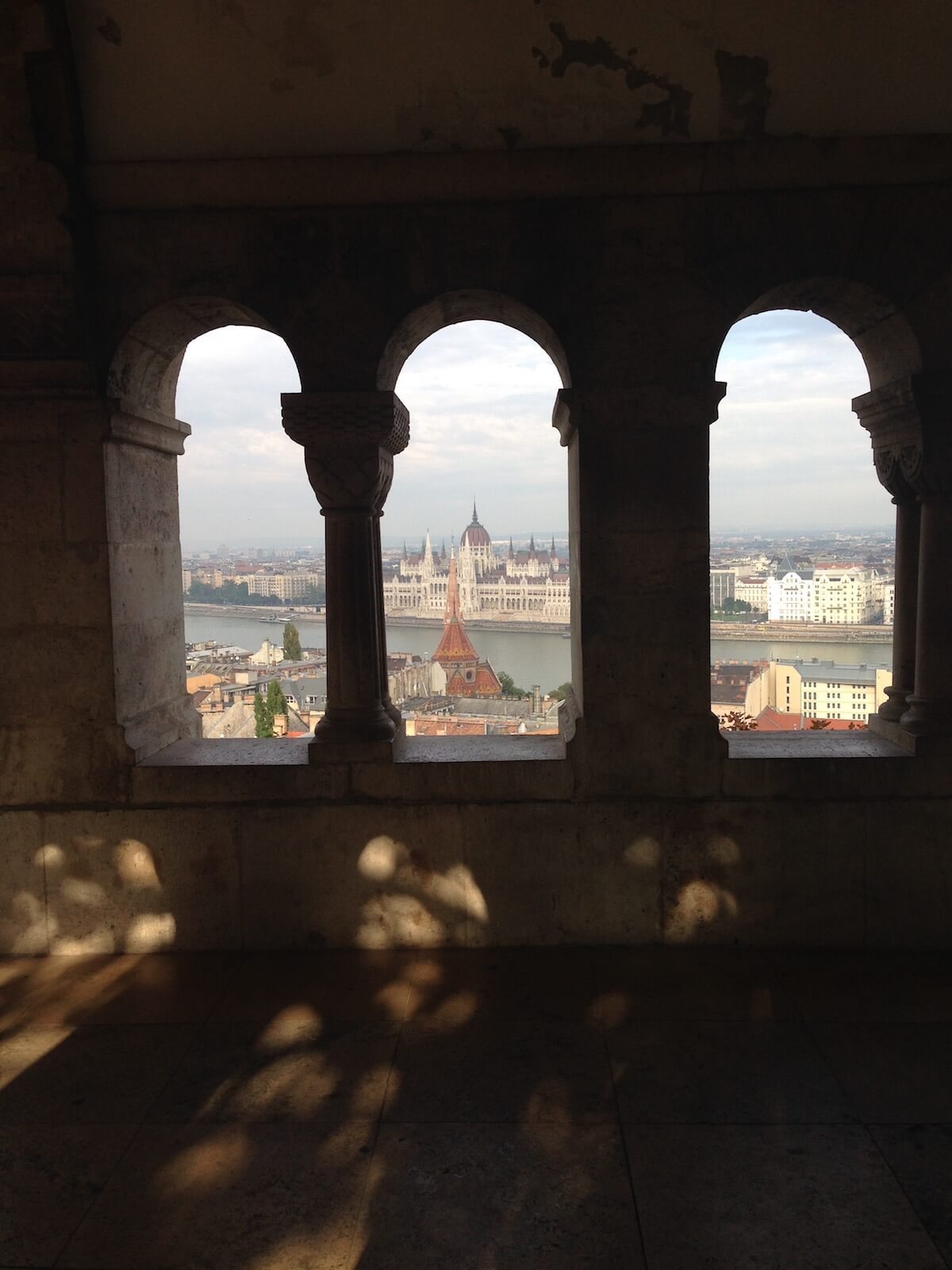 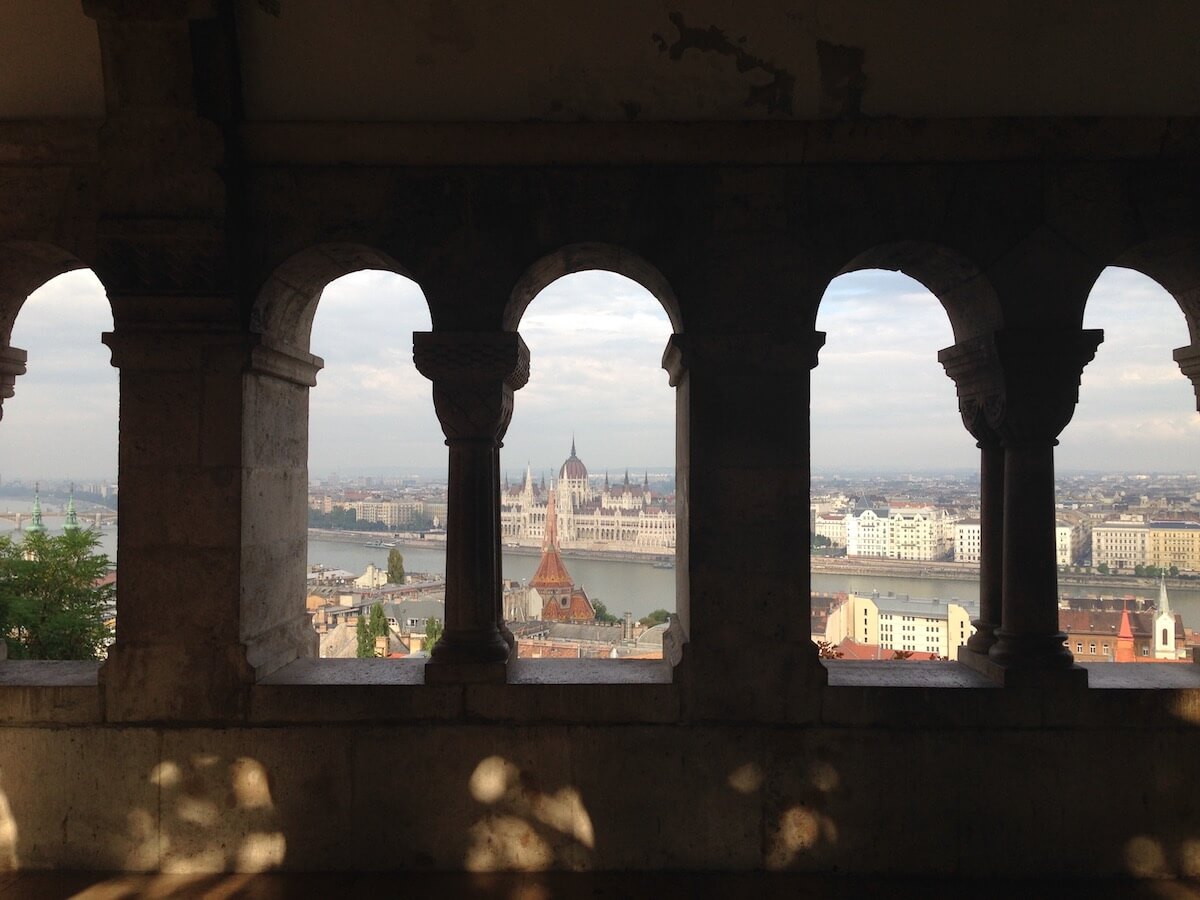 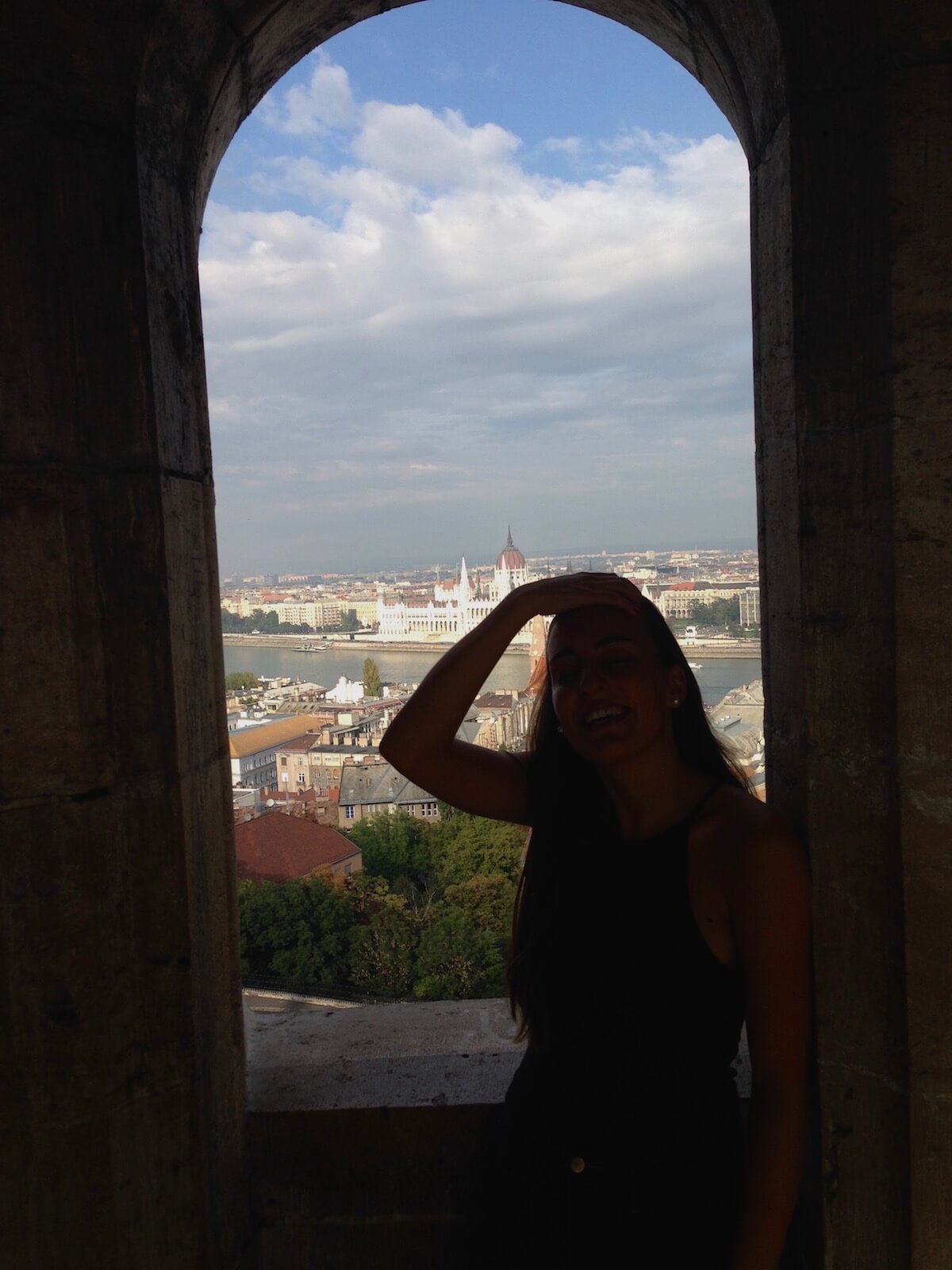 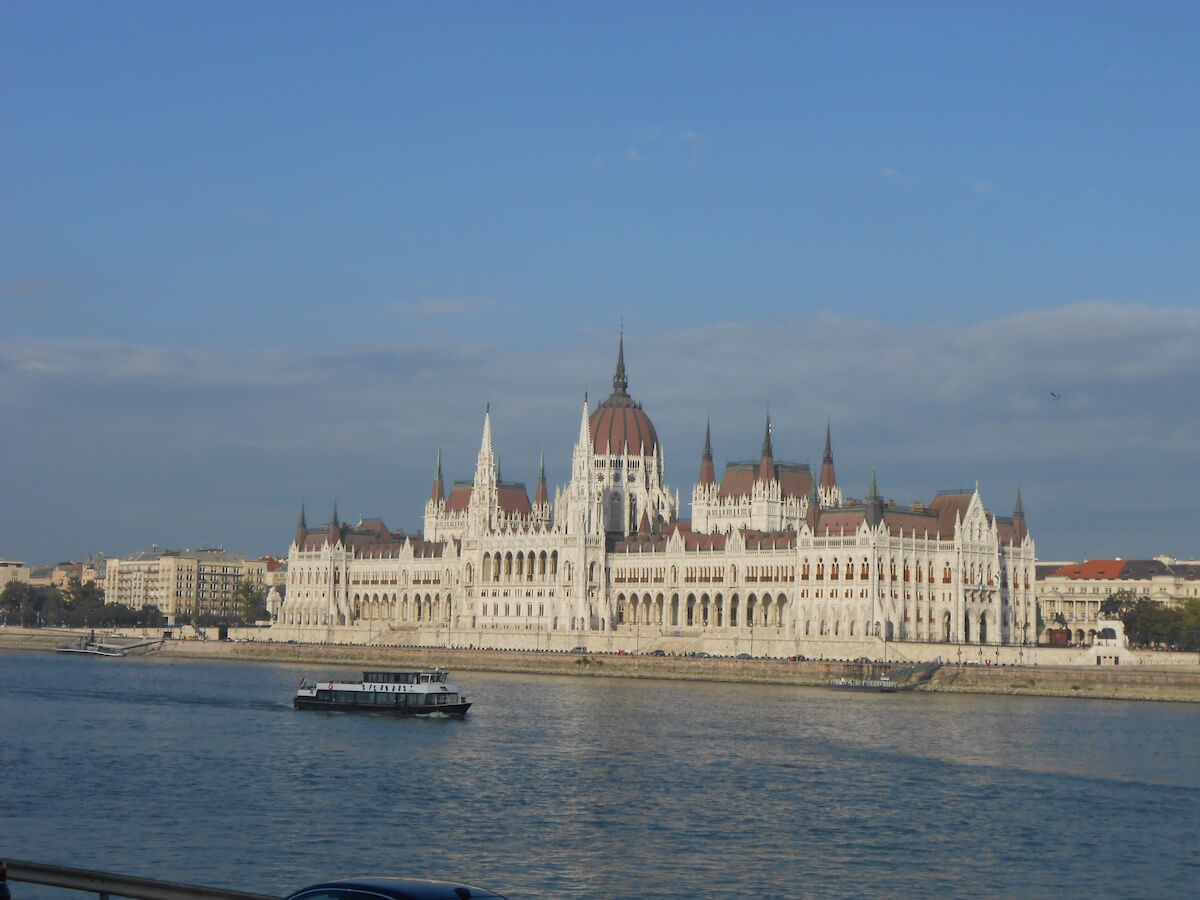 Talking about tourist spots, the Chain bridge is the most crossed bridge in the city. It also was the first permanent stone bridge to connect Pest with Buda. 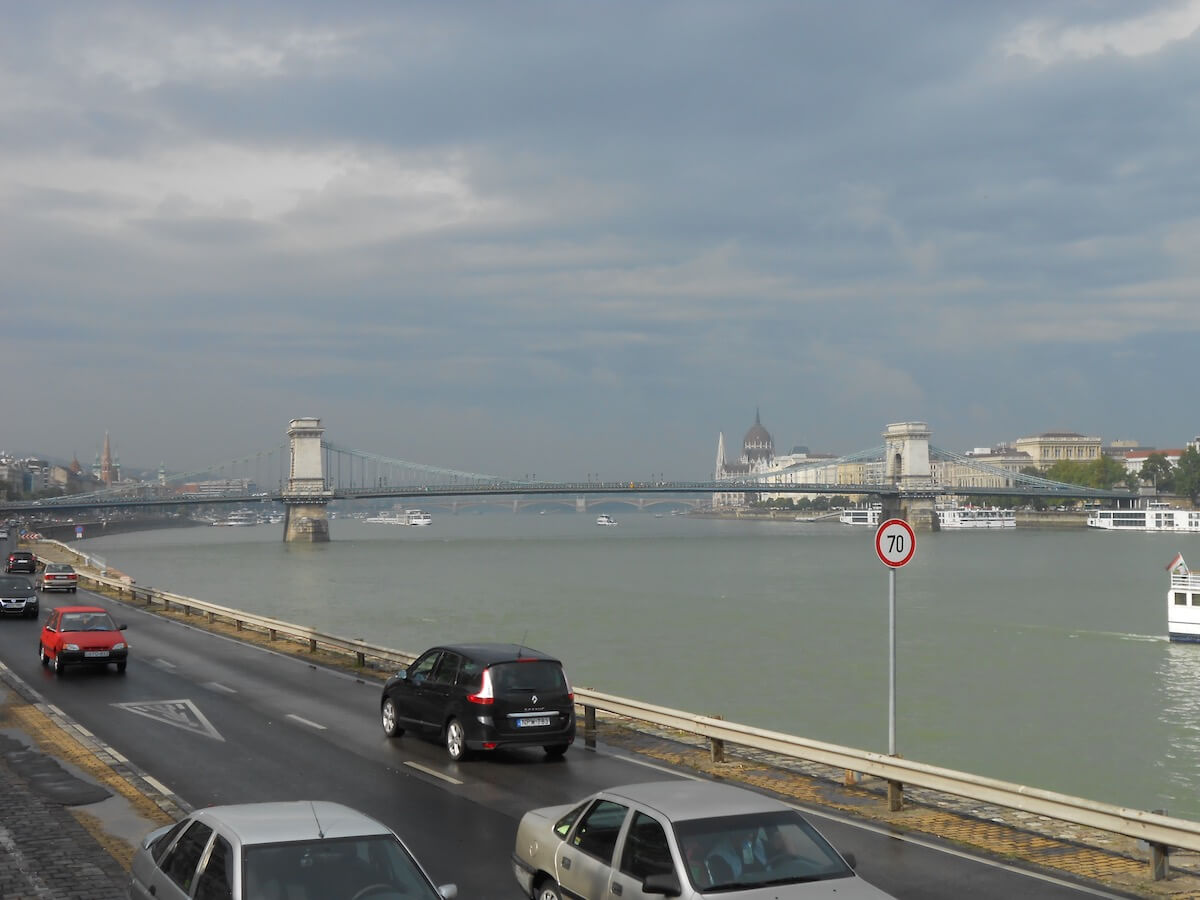 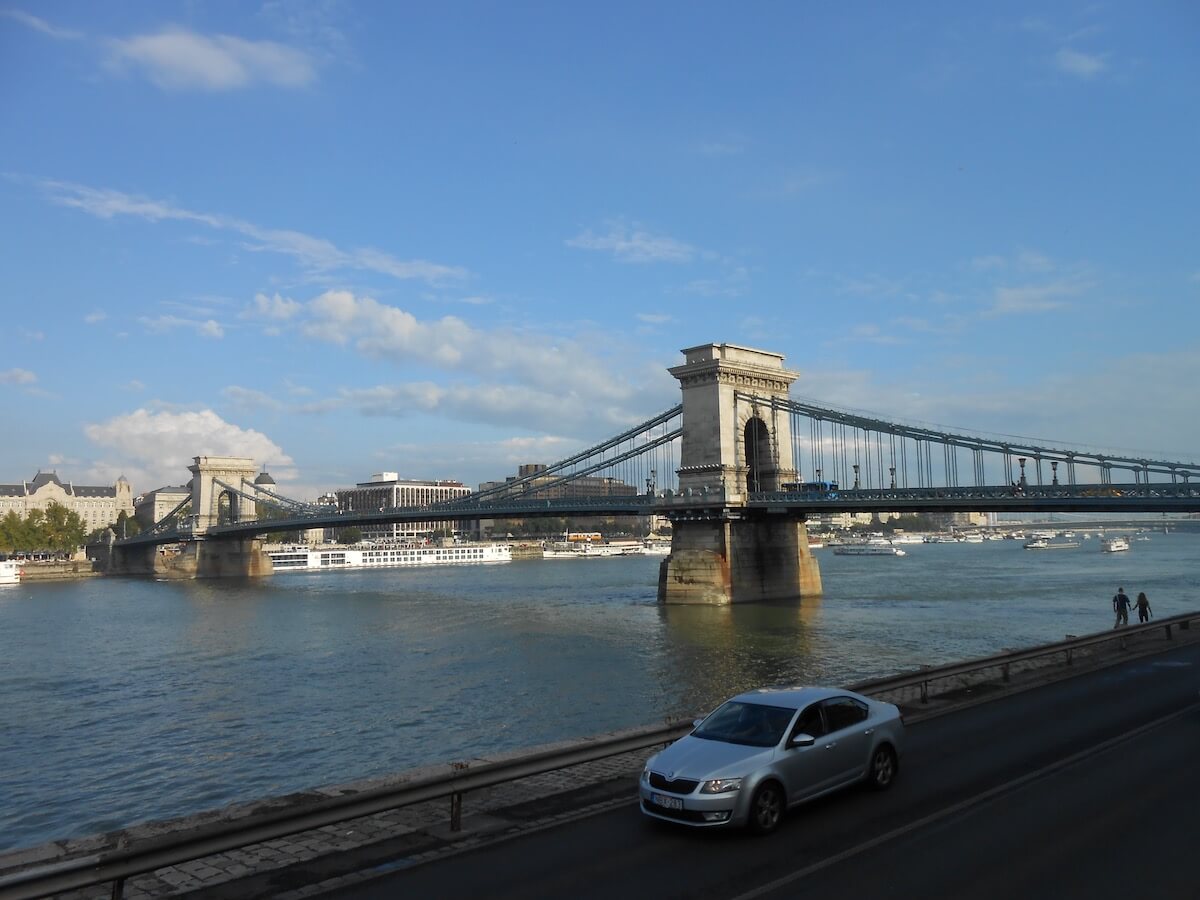 Although we decided to not get in, we sat down for a beer in the square in front of the Basilica and there were food trucks and stands with typical food. The vibe that the city has is just incredible.

We walked along Vaci utca, the commercial street of the city. Cars are not allowed on the street, so you can freely walk and shop until the end of it. I liked that the main commercial street had car circulation forbidden. Everyone was walking freely and it felt like the right thing to do in a city.

The central market located at the end of Vaci Utca. The building is impressive and it has two different levels inside.

One of the biggest streets in the city. There was a food truck festival on Sunday, so we walked through the food market, grabbed something to eat and walked all the way down to Heroes Square. In there they were doing some kind of horse show and you couldn’t properly see the towers with the horses on top. 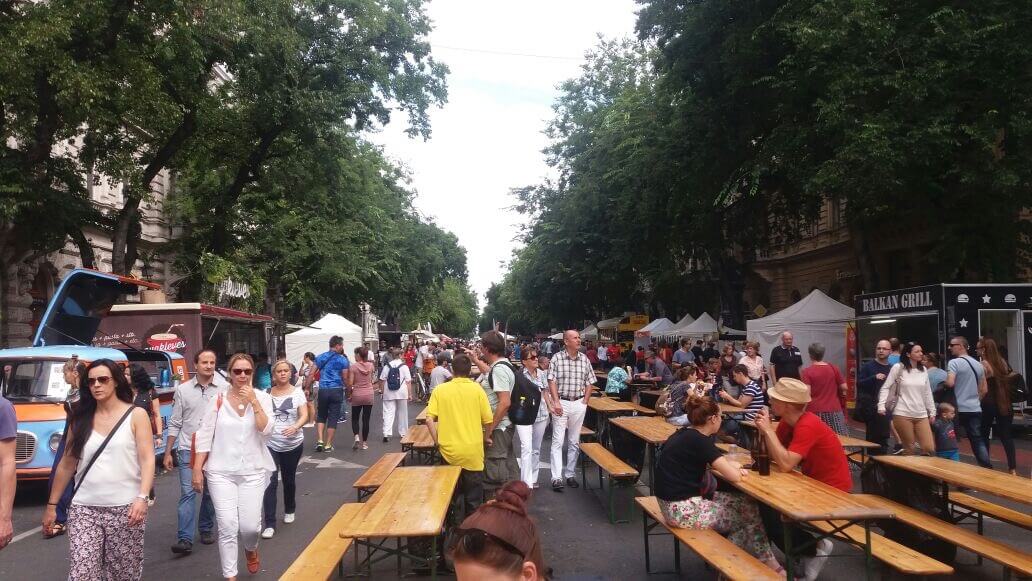 Its well known Budapest is the thermal baths city, and we decided to go to Szechenyi thermal baths which was the one we found better reviews online and also happens to be the biggest thermal baths in Europe. It didn’t disappoint, there are a lot of different pools with various temperatures (from “shit it’s freezing” to “take me out of here I can’t breathe”) and three outside pools. In one of them people played chess at 28 degrees… so hot to be in there after a while! 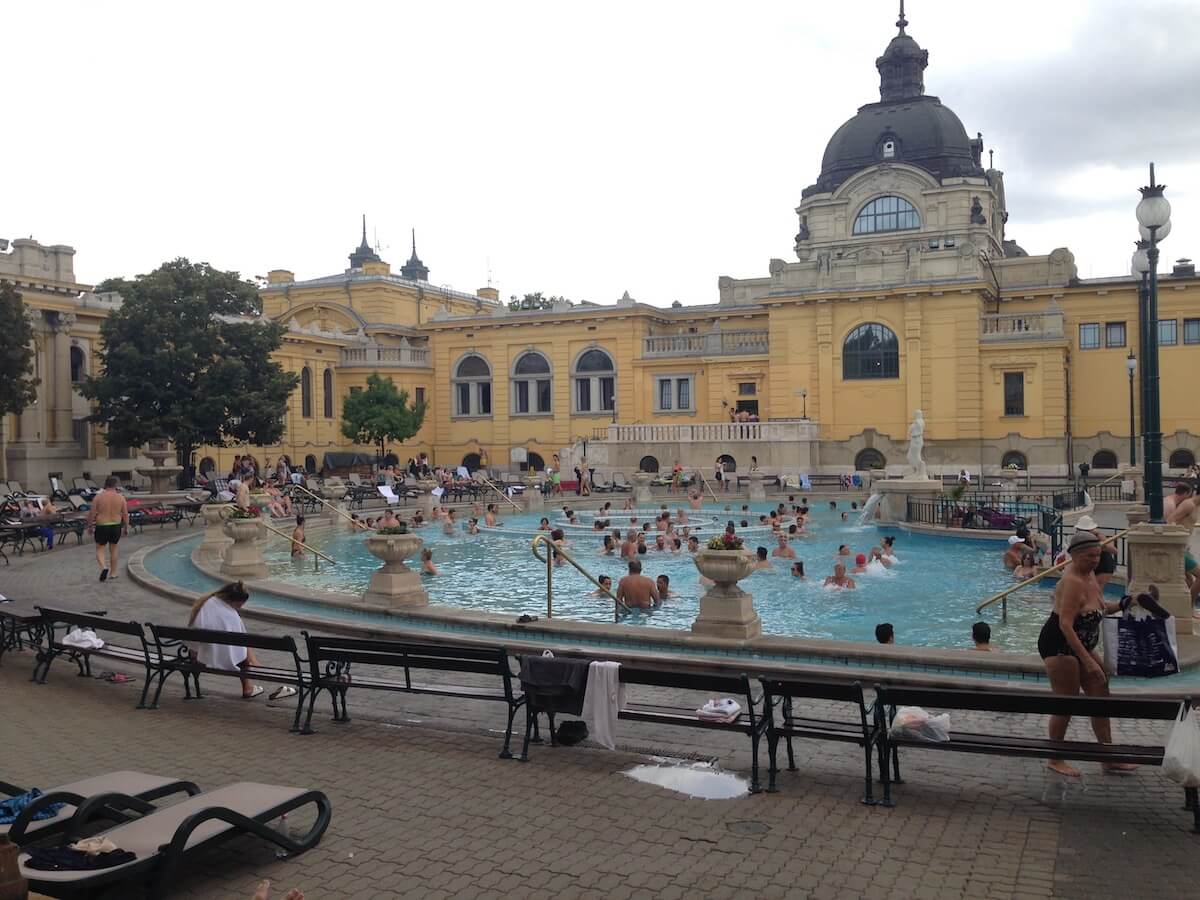 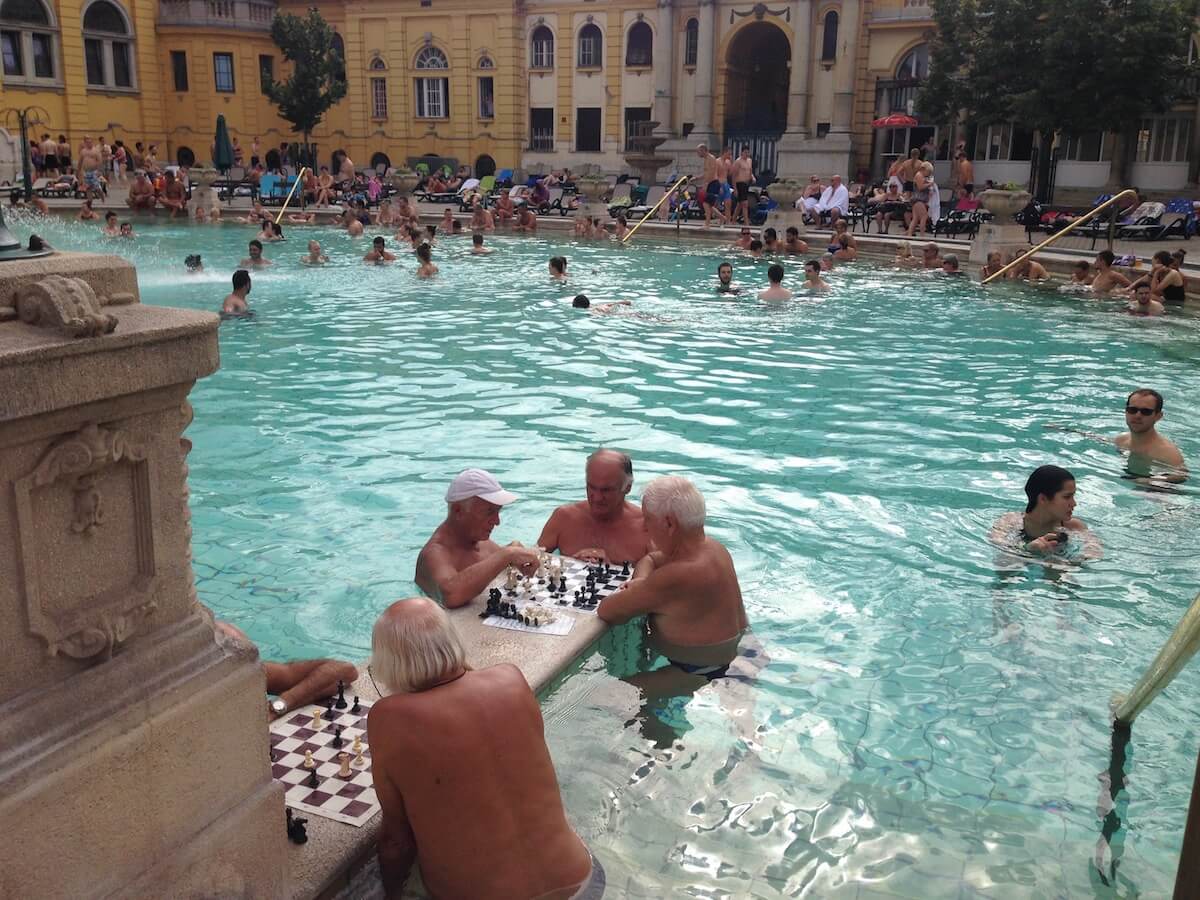 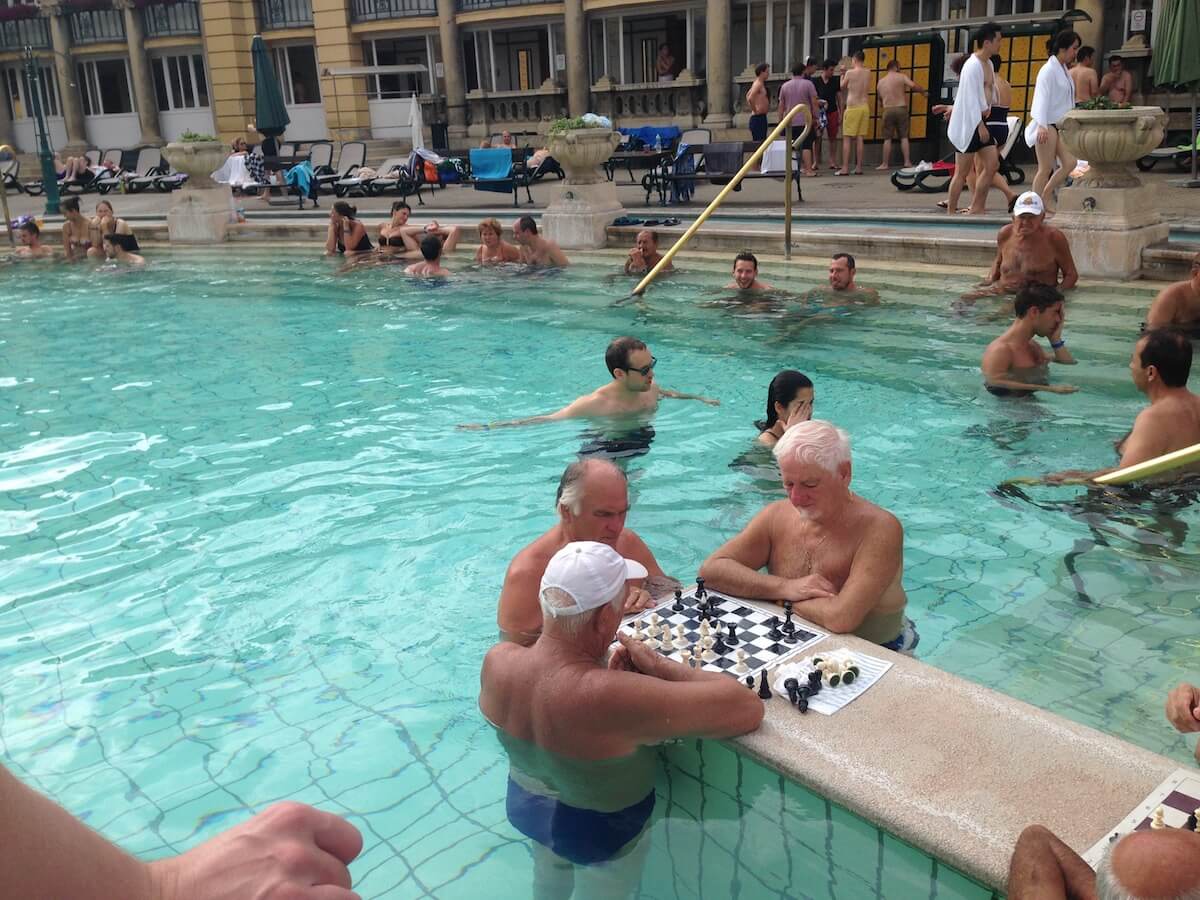 The Opera building is impressive; looking at it at night when the streets are quiet and you can admire all its lights is even better. 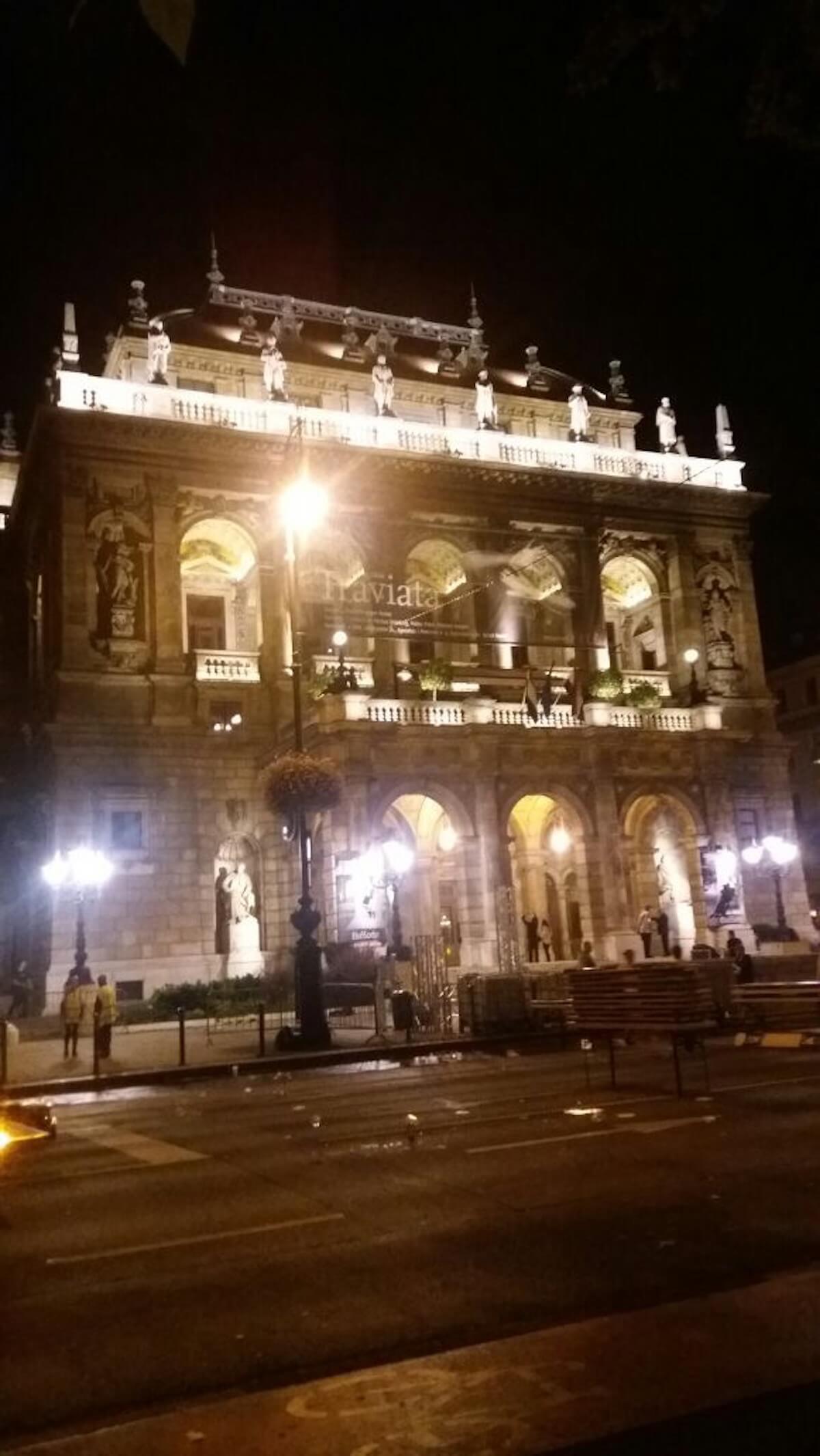 We also went to a couple more ruin pubs, the only name I remember is Fogas Haz, but our favourite is still Szimpla Kert. Also, that the ruin pub was conveniently located one street away from our cosy apartment and it was also open during the day sure helped.