When I started being abroad during yearly festivities, a topic that came up several times was each region/country’s traditions. I have found myself explaining some of the Catalan traditions to internationals that have laughed in my face and googled after my explanation because it sounded too hectic to be real. I wanted to write a post for you guys about the traditions I grew up with that seem odd, strange or funny to people around the world.

Each culture, region or country has some specific traditions, so I’ve chosen 6 Catalan traditions and tried to explain them as good as I can.

Catalan and Valencian tradition with its origin in the 15th Century when moriscos would gift a type of cake called “tortell” to their lords to celebrate that Lent was over. In the catholic tradition the godfather would give a mona to their godson on Easter Sunday, and then on the Monday they could eat it. Nowadays the tortell has a second spot and it is more common to give chocolate figures that include bird pen’s and eggs. 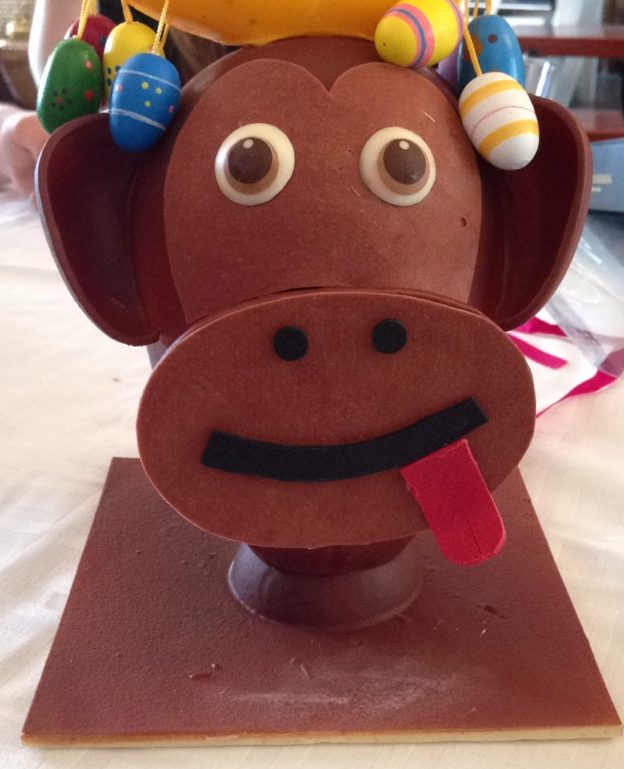 On the 23rd of June, coinciding with the shortest night of the year, Sant Joan is celebrated. During St Joan there are fires where people burn old furniture and firecrackers are lit. In the middle of the 20th Century a hiker, inspired by the poem “Canigó” by Jacint Verdaguer decided to hike to the summit of Canigó mountain, light a torch and run from village to village sharing the flame just in time so that a single flame could be used to start all the fires. This tradition of sharing the flame started only in the villages of the Northern Cataluynya, but during the Franco dictatorship it spread as far as the town of Vic.

I think this one was my favourite growing up. First of all, to give you all context, back home we do not celebrate Santa Claus. Traditionally families would do the tió for little presents and the 3 wise man for the big Christmas presents. On the night of the 24th of December, the Tió would take place. Now, tió means log, and caga means to shit. The literal translation of CAga tió is the shitting log. It is funny without an explanation, but I think more details will actually make you laugh harder. At the beginning of the month families get a log and the kids paint a face on it. 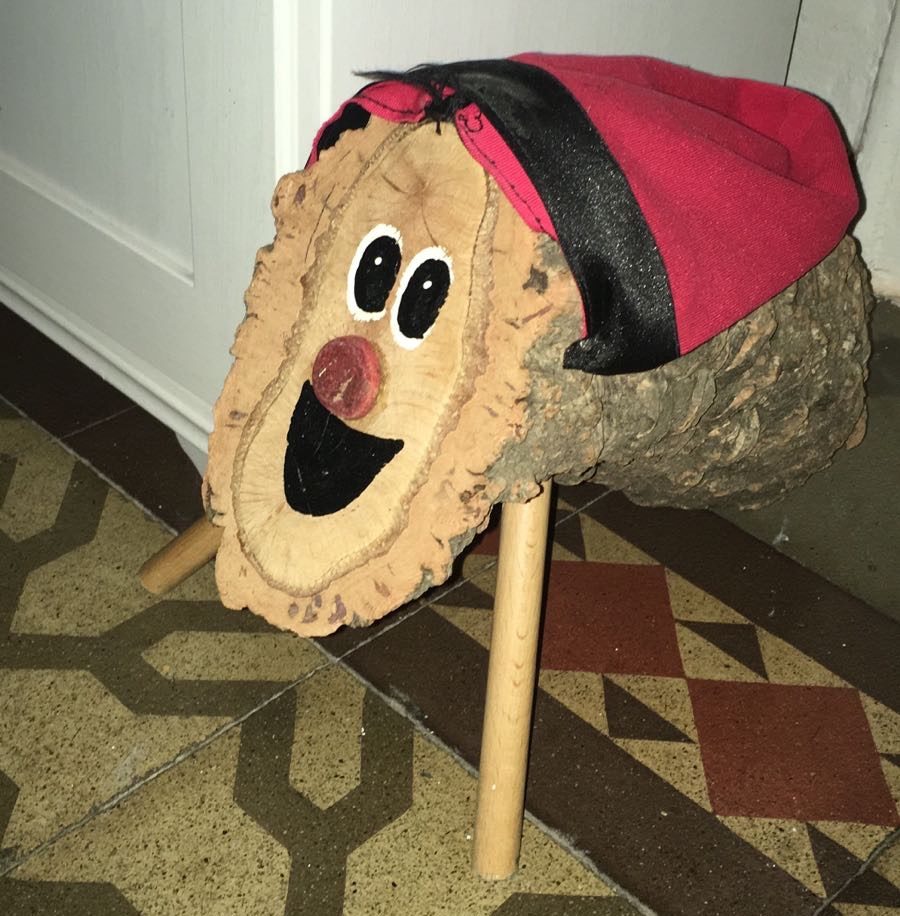 During that month the Tió has a plate in front of him and kids feed him. They would give him food every day once or twice so the log is happy with the kids and gets fatter, because that means he is getting ready to shit presents. On the eve of the 24th, families congregate around the log – that is now covered with a big blanket – and sing songs while KICKING it with two sticks. After each song the log has shit some presents for everyone in the family. This tradition was so much fun as a kid, not only did you get presents but the singing and then excitement from finding the presents as well. 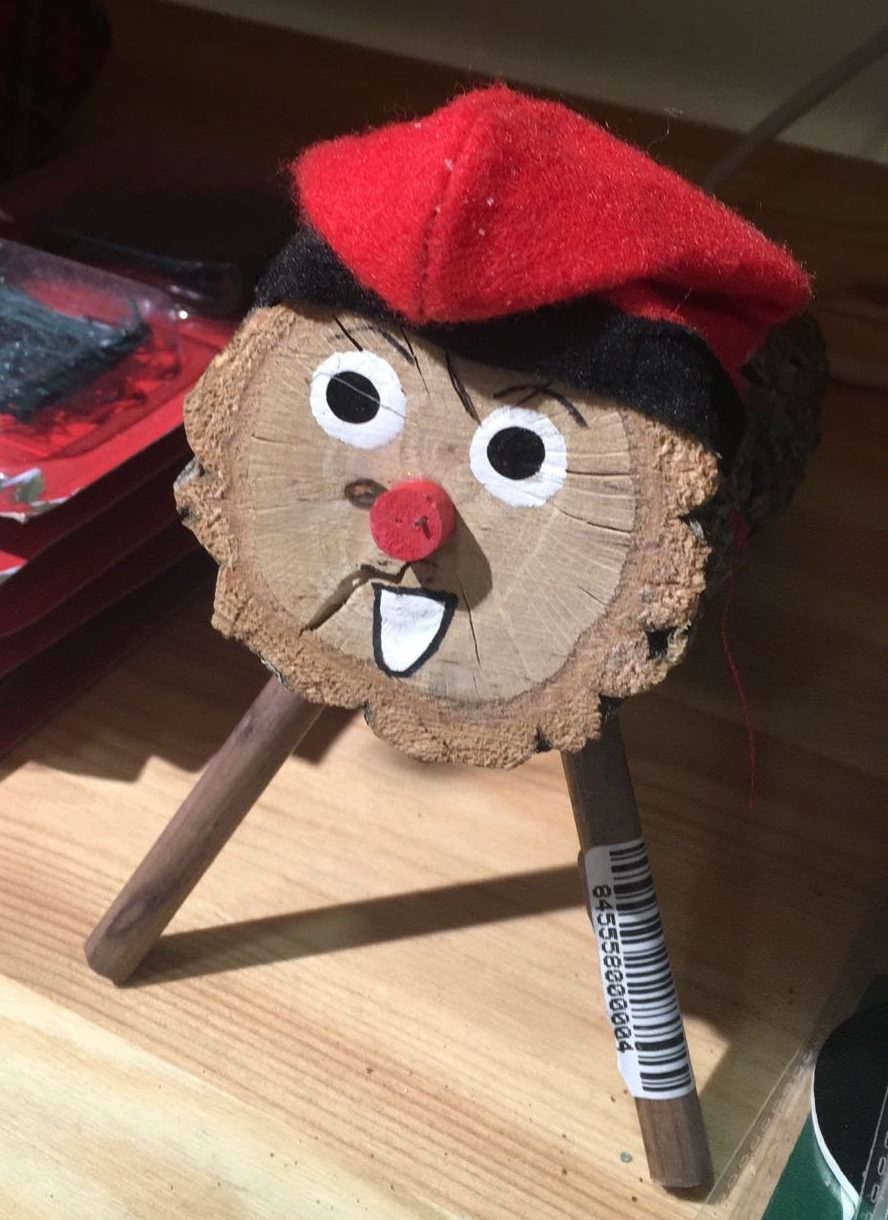 The caganer is a figure of a farmer with his pants around his ankles posing like he was about to go for a shit in the middle of the field. This figure is found hidden in the nativity. Historians seem to think that El Caganer comes from the 17th Century but it was not famous until the 19th Century. Against all my bets, I was surprised when I found out this tradition does not have an escathologic origin. The figure returns to the earth everything that the earth has given him, fertilising the ground for next year’s crops. 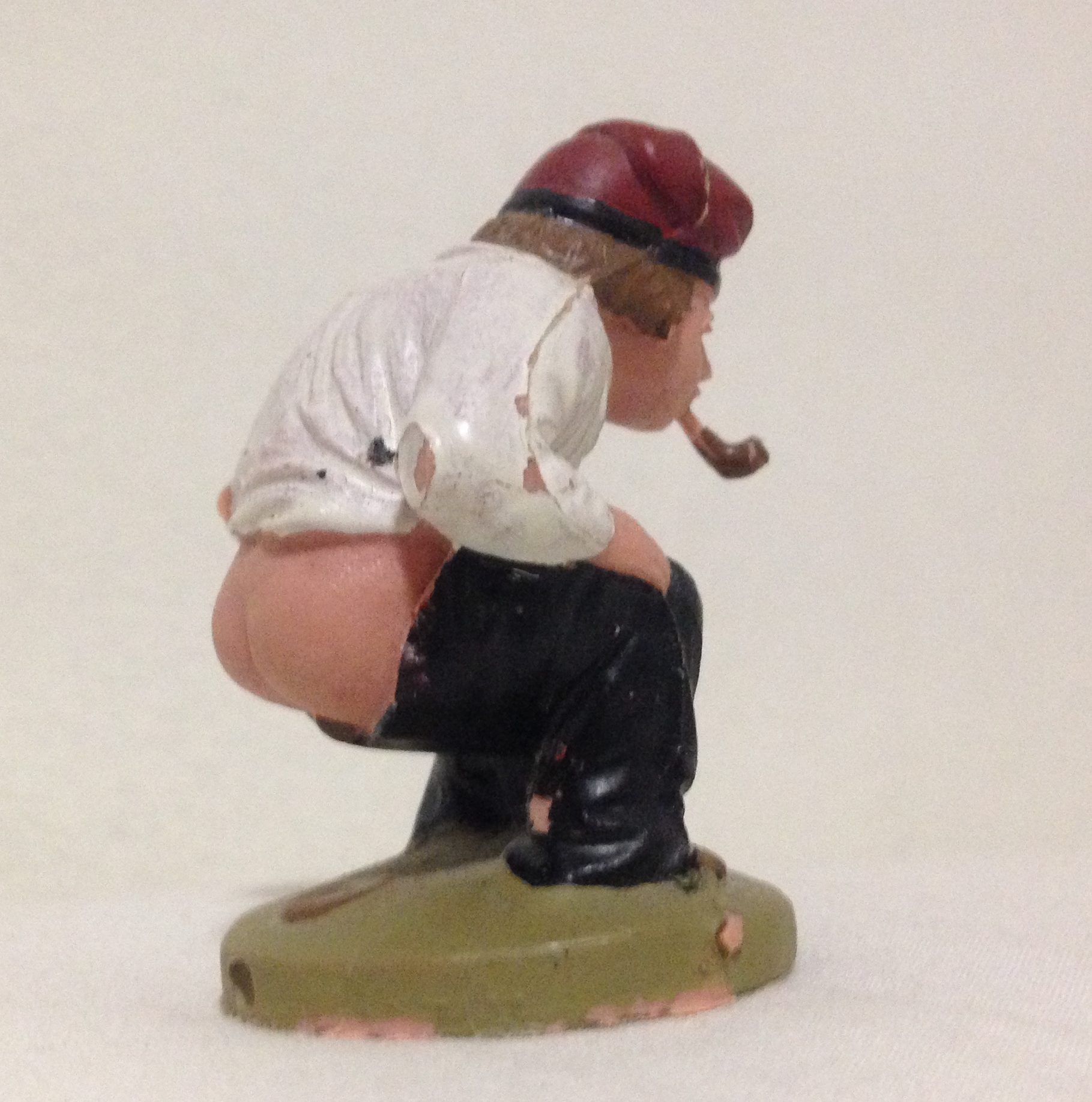 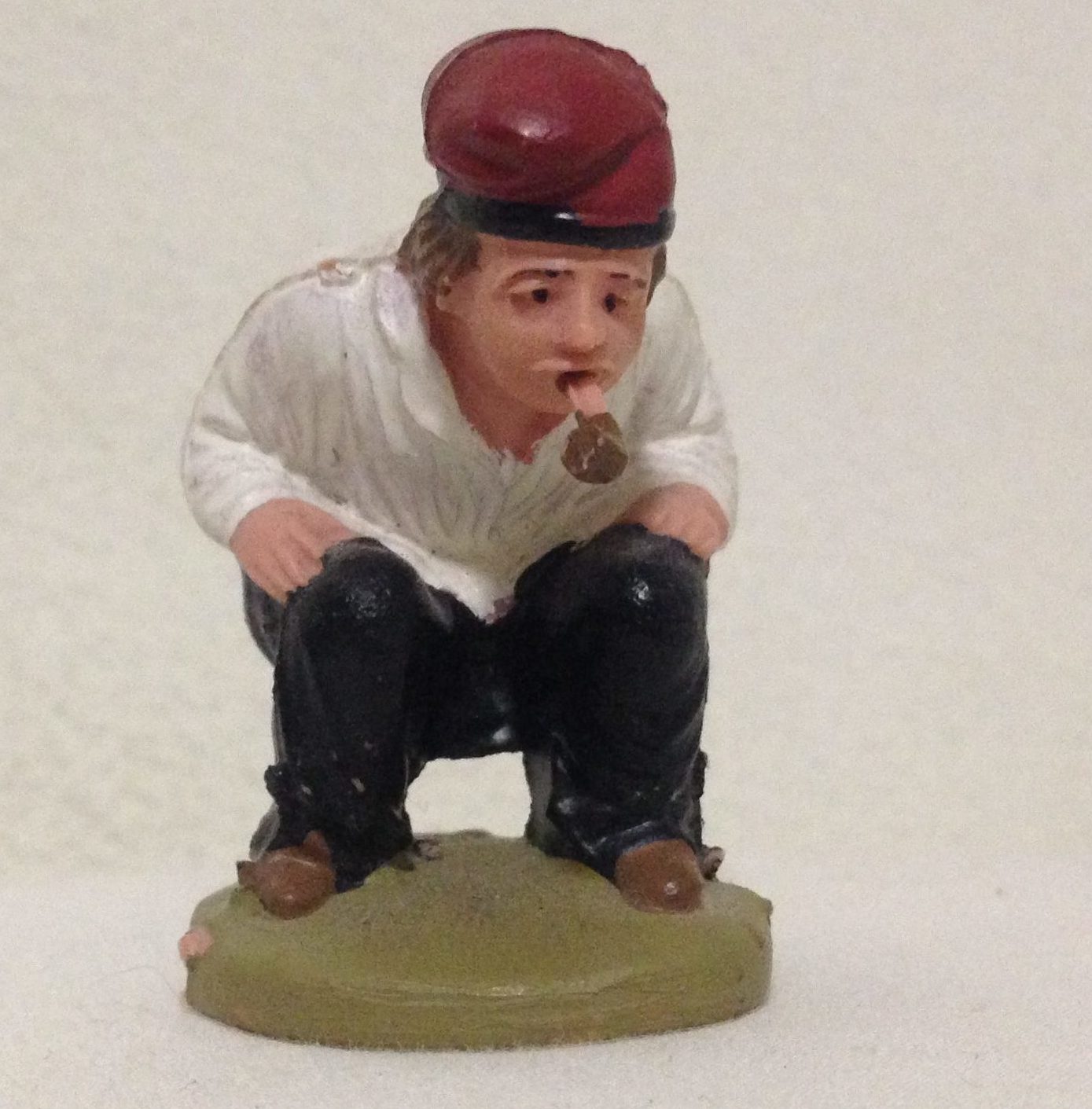 Known as human towers in English, the name says it all. It is a Catalan sport consisting of groups of people that create towers by standing on top of each other. The higher they go (more levels) the more difficult it becomes to assemble the figure.
A tower is complete when the smallest guy in the group, called Anxaneta, arrives at the top and rises one hand. They are immaterial heritage for UNESCO. 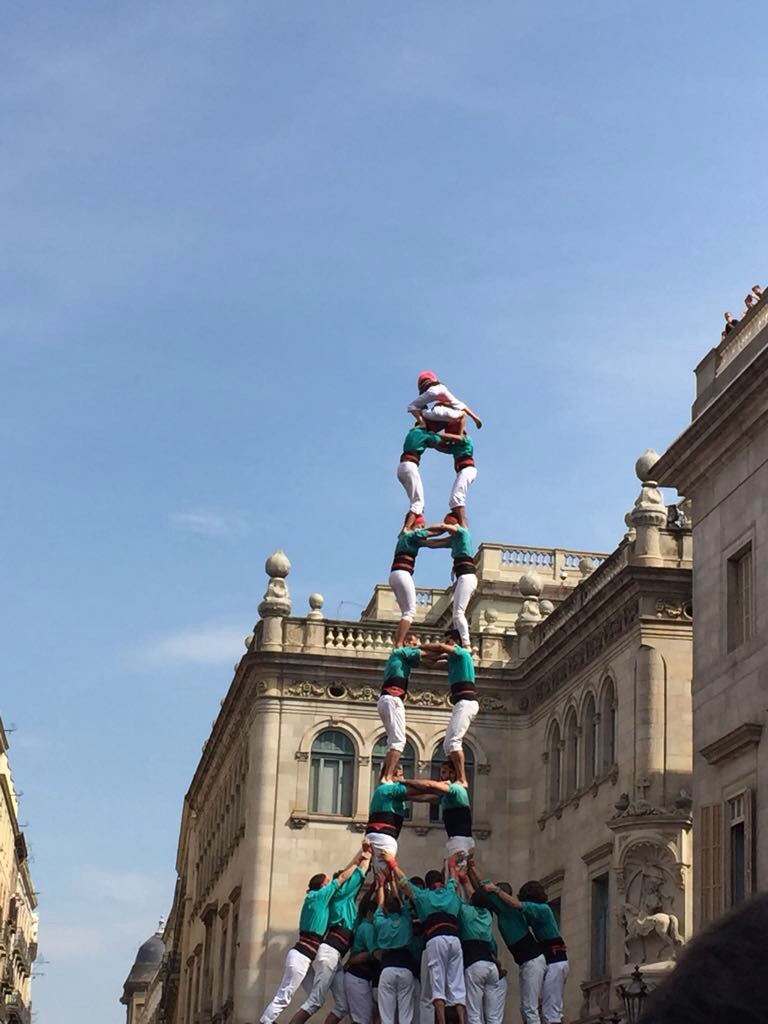 Sant Jordi is the love day in Catalunya. The legend says there was once a dragon that lived close to a village, and everyone feared him. They used to feed him their flocks, but one day the village ran out of stocks to give him. They decided to make a lucky draw and give him someone from the village every day. The first lucky winner was the king’s daughter, who insisted against her father’s will, to go. When she was about to be eaten a knight on a white horse came galloping and killed the dragon with his spear. He had freed the village and the princess. From the dragon’s blood a rose plant was born and he gave one of the roses to the princess. The name of the knight was Sant Jordi.

Nowadays women give books and men give roses. It is a romantic tradition between couples, but also between friends and parents and kids. It is certainly my favourite day of the year. Walking around crowded streets, with people just strolling to find their perfect book or rose. 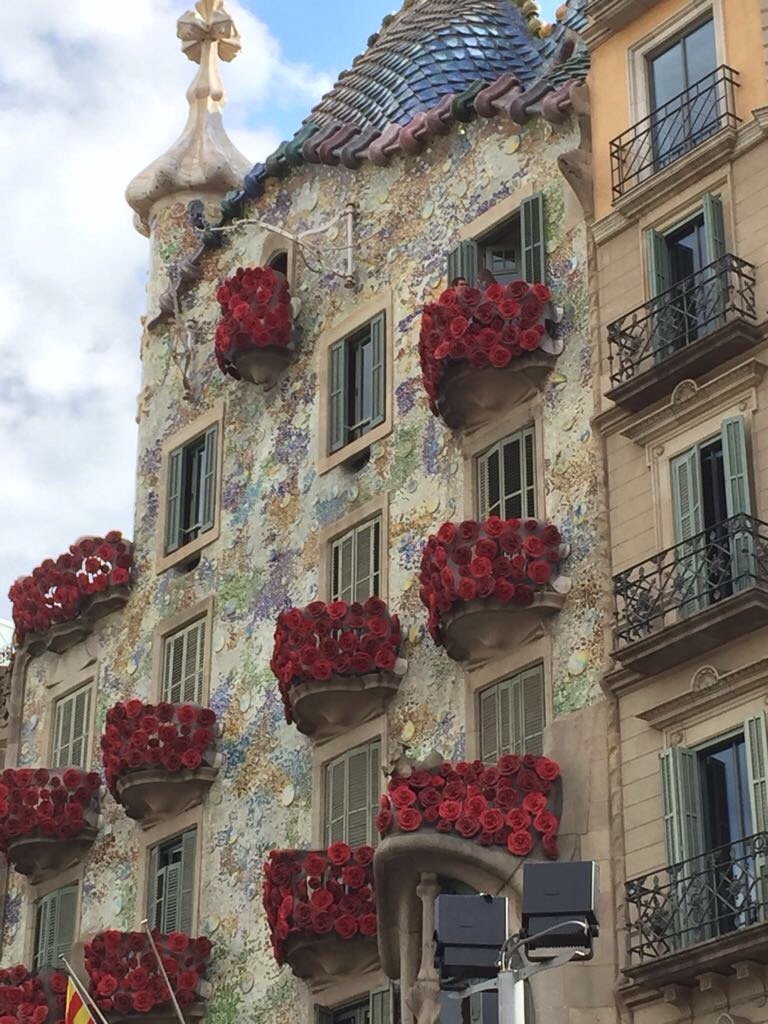 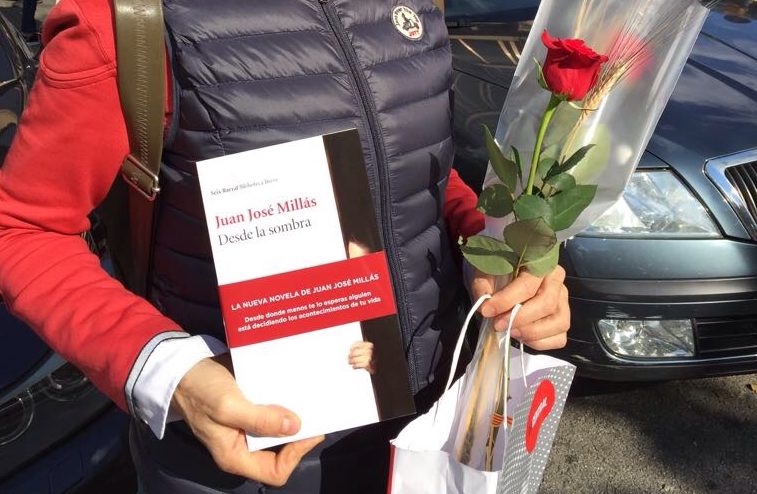 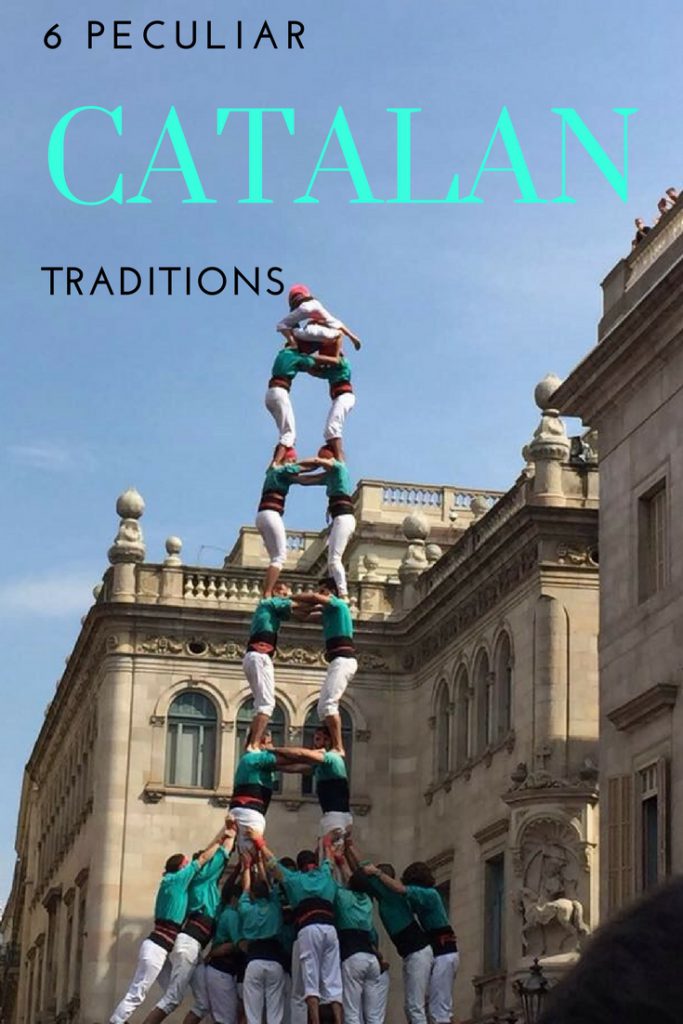