It’s now been almost two weeks here. I’m still unsure of how I feel about this city, but it’s getting better the more I get to know it. Definitely beautiful the areas I’ve already seen, it has a lot to offer. I think I’m learning how to walk on the street being cautious of what’s exactly happening around me, but at the same time without staring at anyone. I’ve seen a little bit of my neighbourhood and went to Lion’s Head full moon hike.

The house where I live is located in Observatory (Obz) which is a neighbourhood that is getting trendier.  It’s full of little restaurants and cafes where we can go out and it’s pretty safe. The people is really cool and they’ve already showed me where to karaoke on Thursday night, so that is important.

I enjoyed a walk down Sea Point with some guys from the house, seeing the sea and just walking. The esplanade is full of runners. 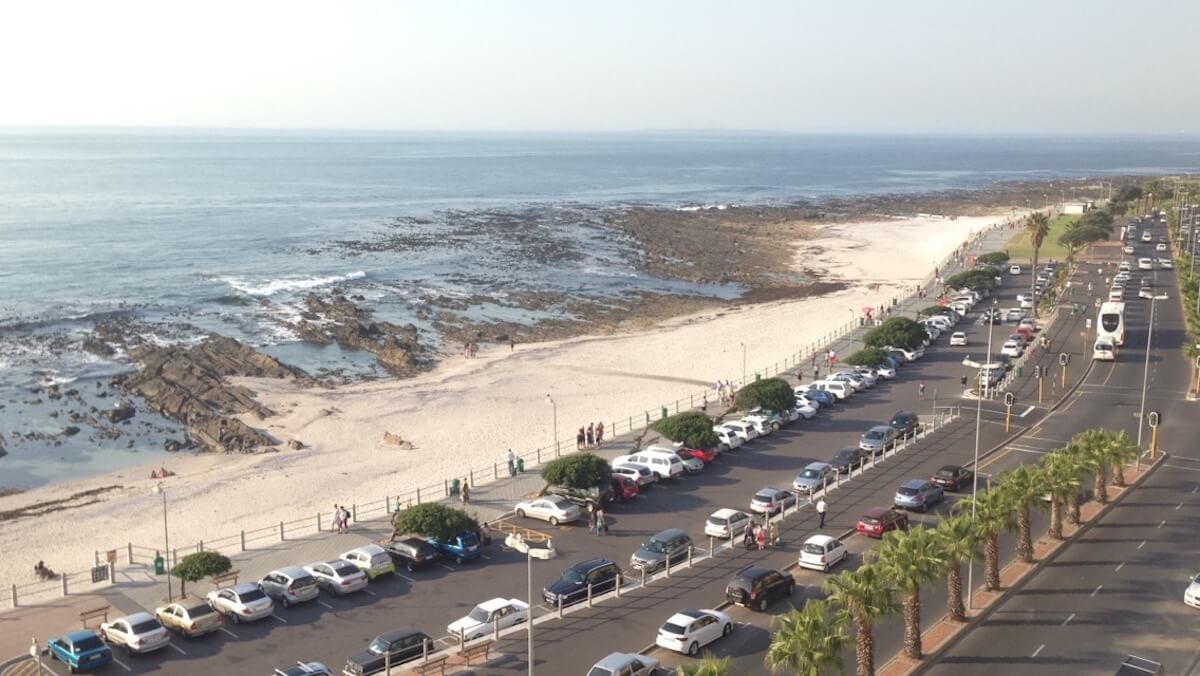 On my first weekend here it was full moon. The city has three mountains around it, Lion’s head, Table Mountain and Devils Peak. It is quite popular for people to do Lion’s Head full moon hike – you hike right before sunset and go down when it’s dark. The moon is fullmoon so most days you have some light, but it’s good to have a torch on you. 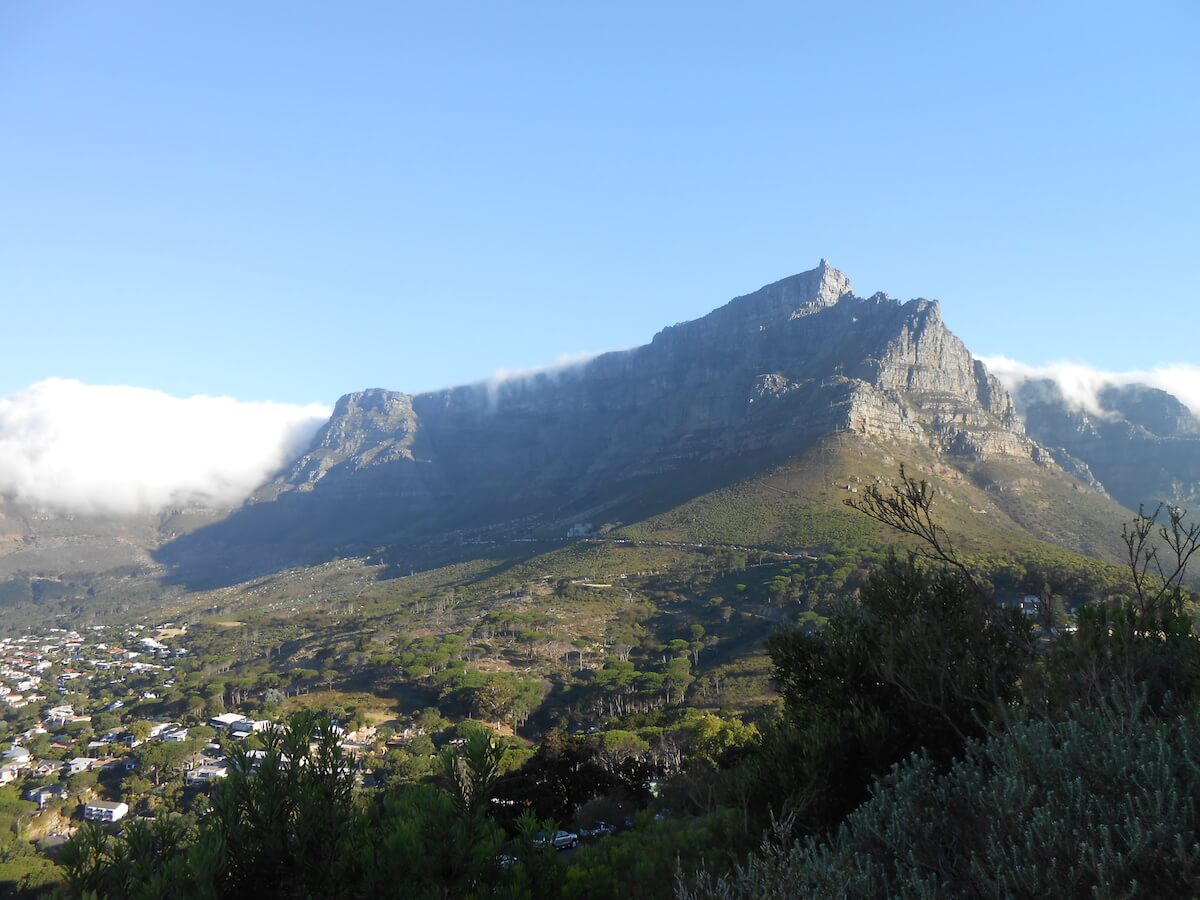 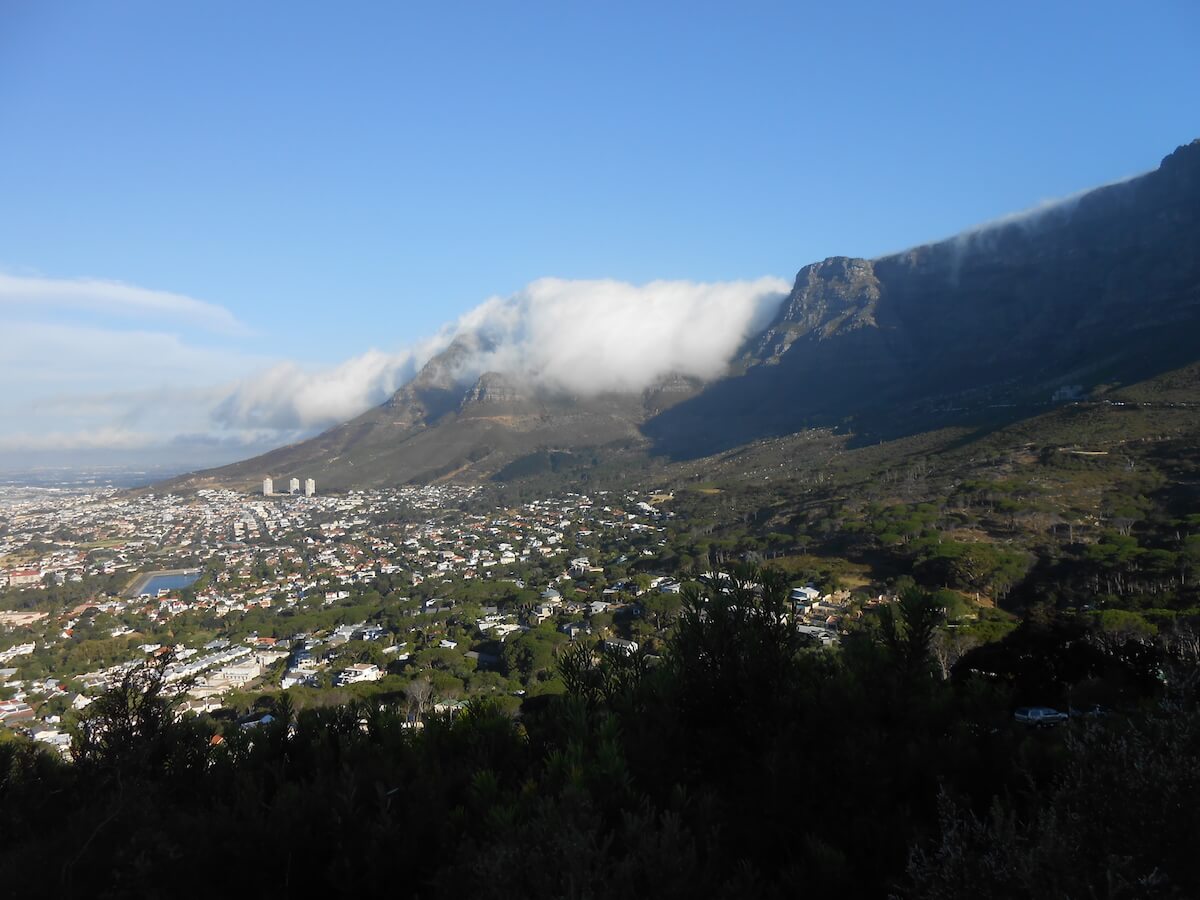 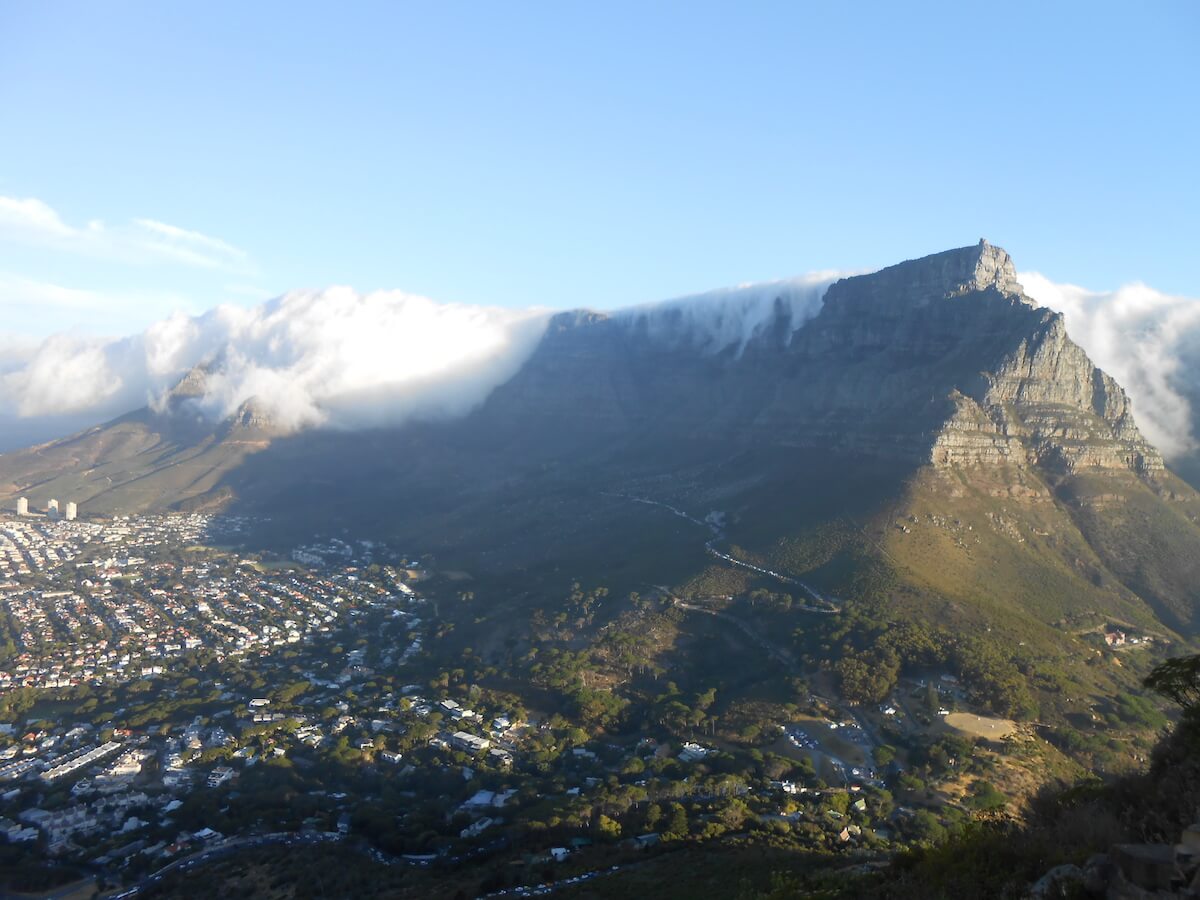 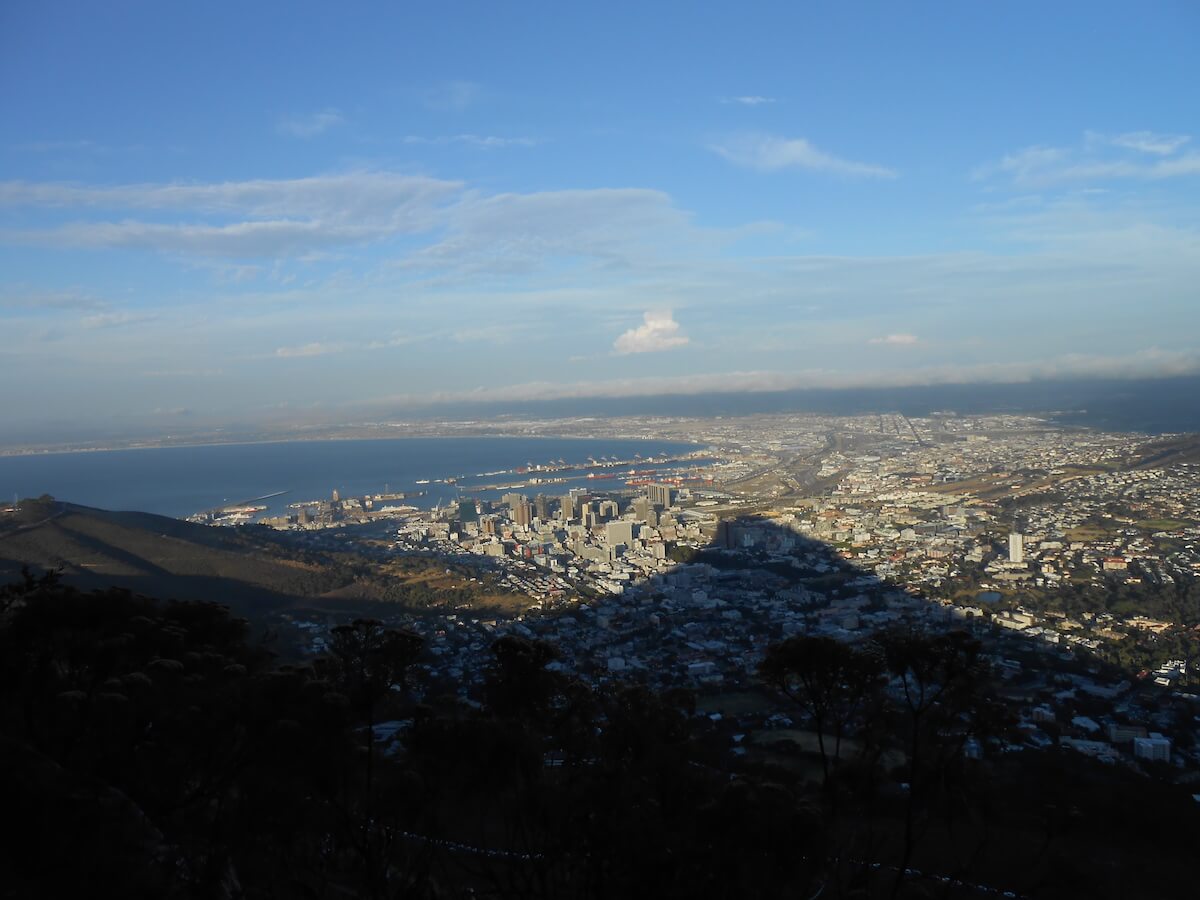 With another girl from work we hiked up there to see the sunset and the moonrise. It was just a regular path up the mountain at the beginning, but then it gets “a bit” complicated, as you have to climb rocks and use stairs on the rocks so you can keep going up. Not difficult at all, and there was so many people doing it that we had to queue. Yes, literally queue to climb rocks, something that has never happened to me before. On the top it was packed, it looked like Las Rambles (The most touristic street in Barcelona, always full of people). Lion’s Head full moon hike is an easy and short hike, depending on your rythim can take from 40min to 1h15min.

It is well known in the city that Lion’s Head full moon hike has really good views to both sides. 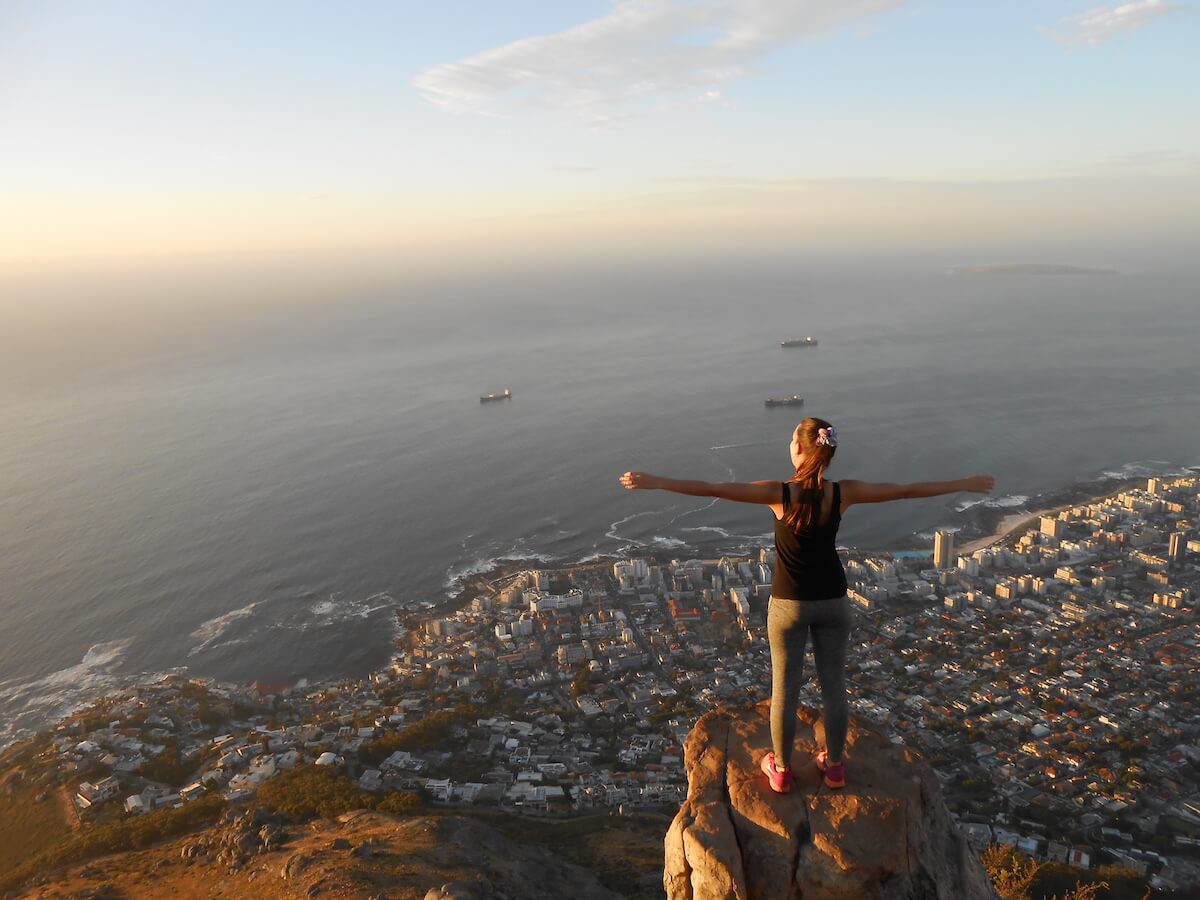 Sunset in one side.. 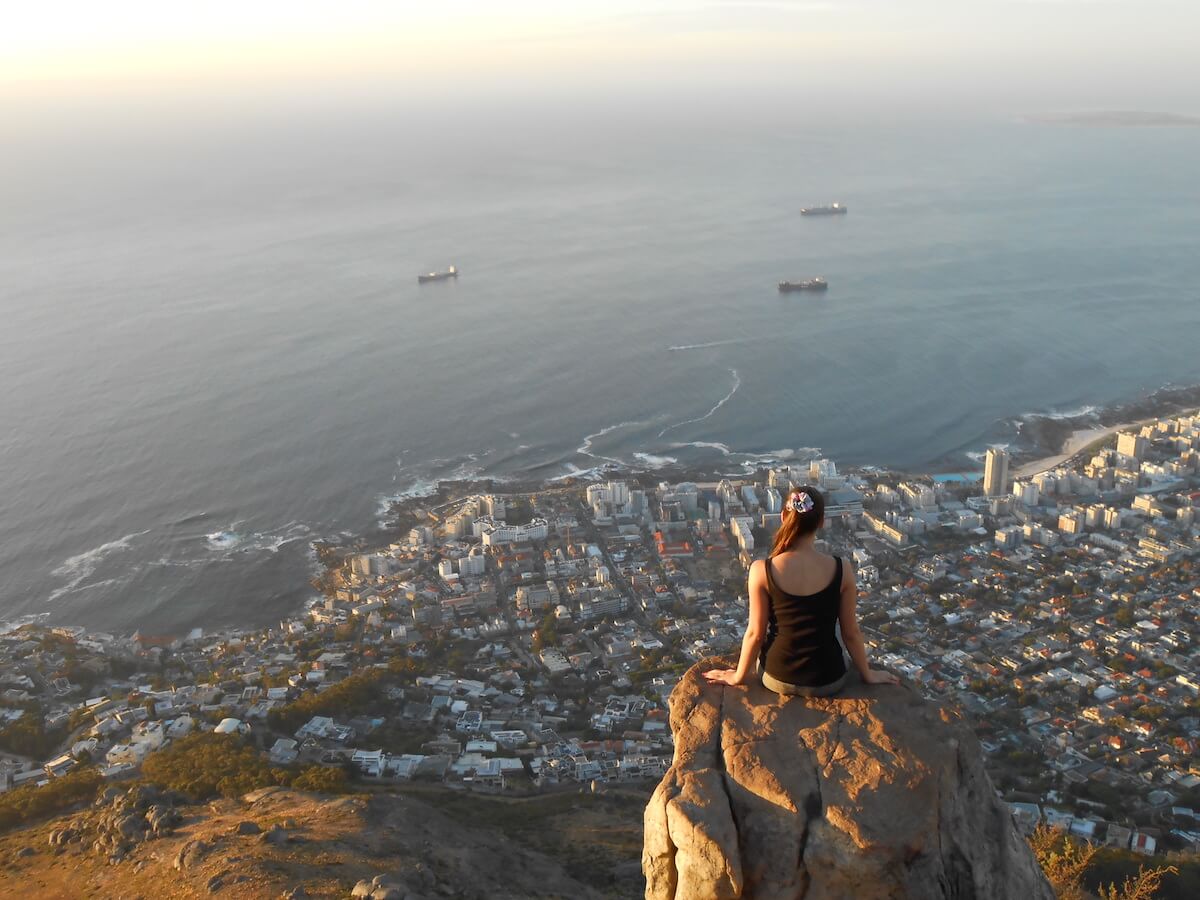 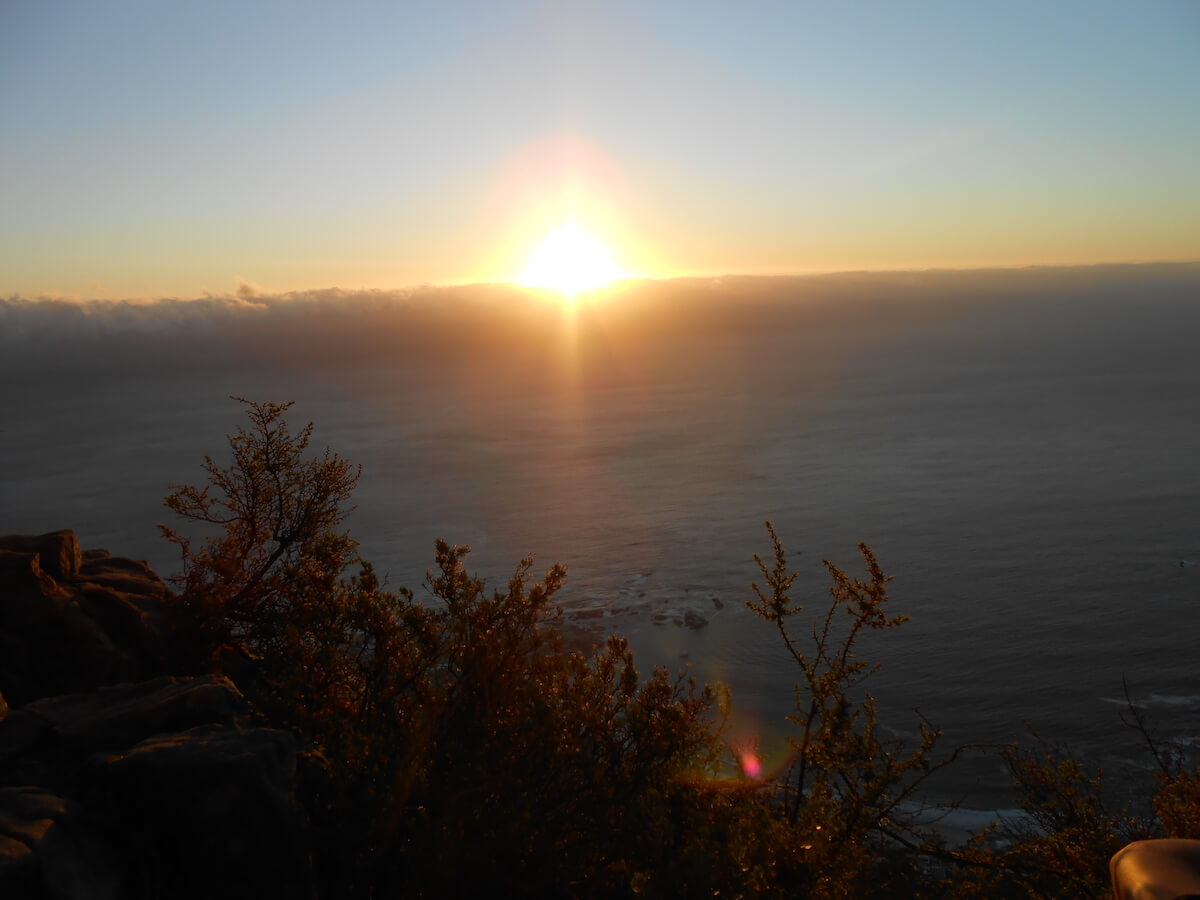 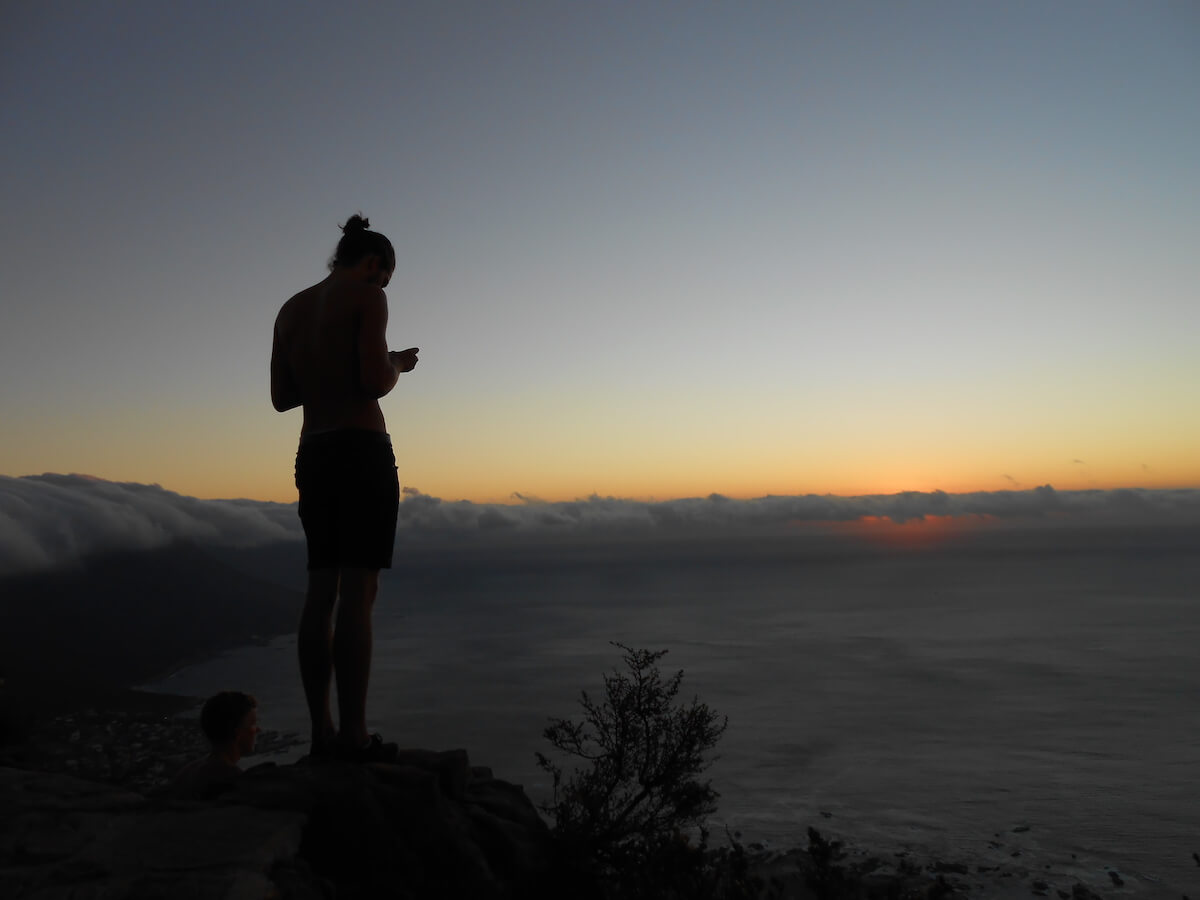 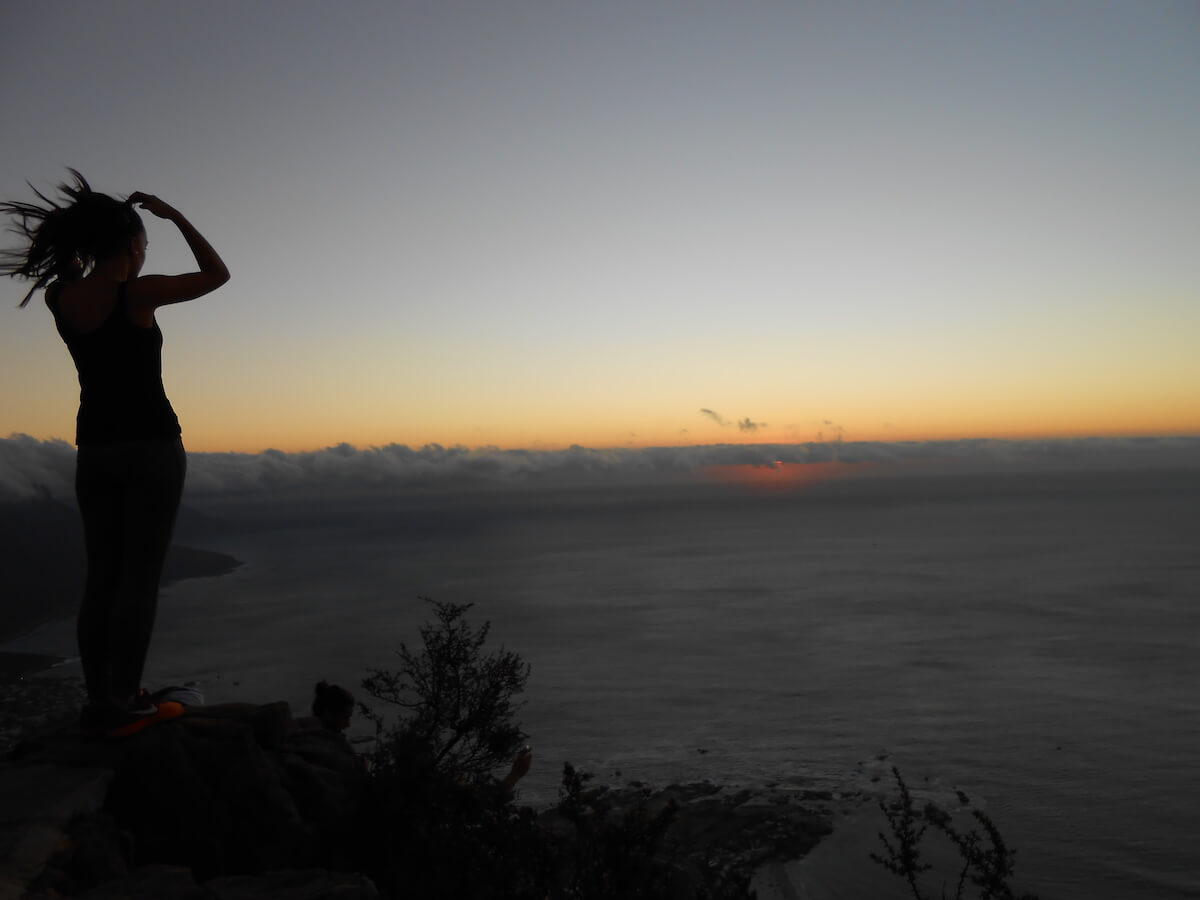 ..And moonrise from the other

It was amazing to sit there listening to someone’s music (I will always cherish them for their chose of songs) and watch as the light started to fade, the moon started to rise (and it’s majestic to see a full moon) and the city started to glow. 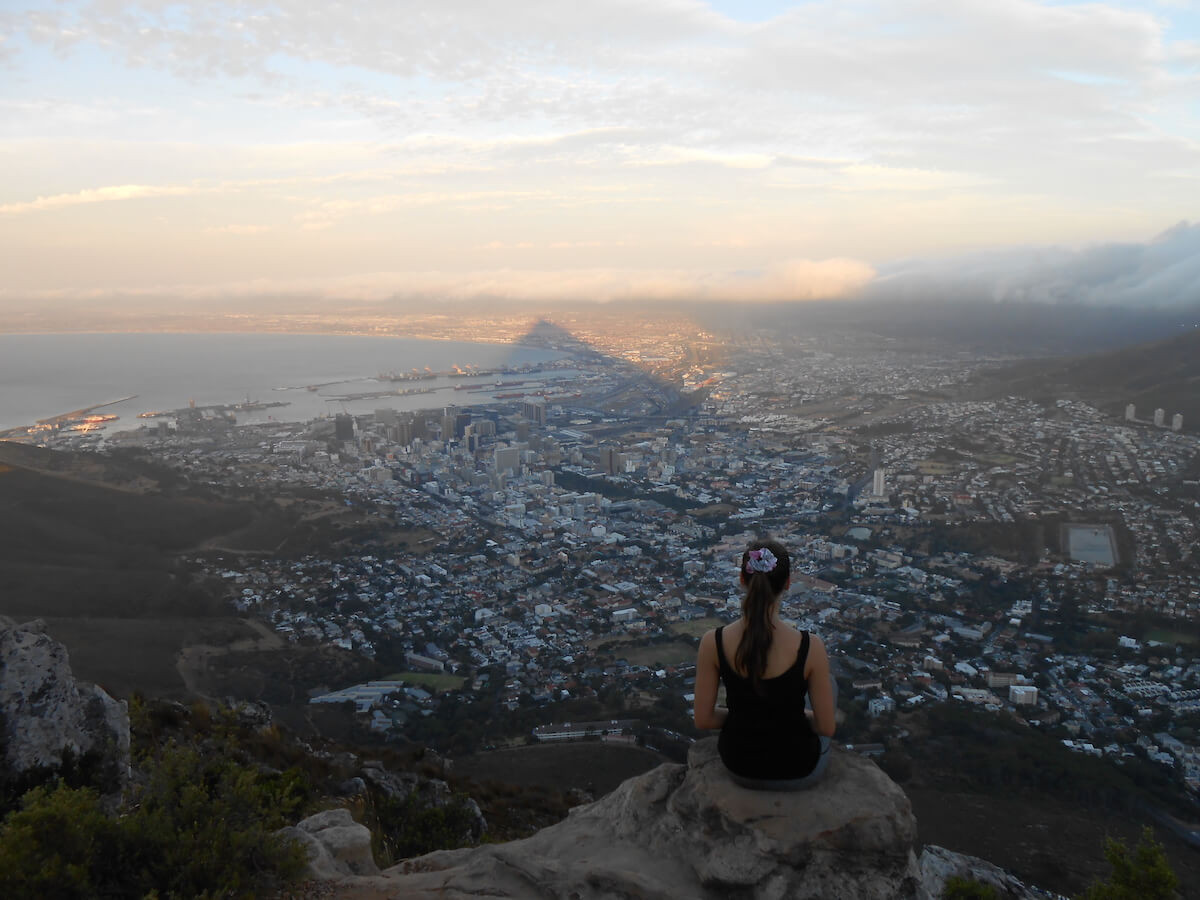 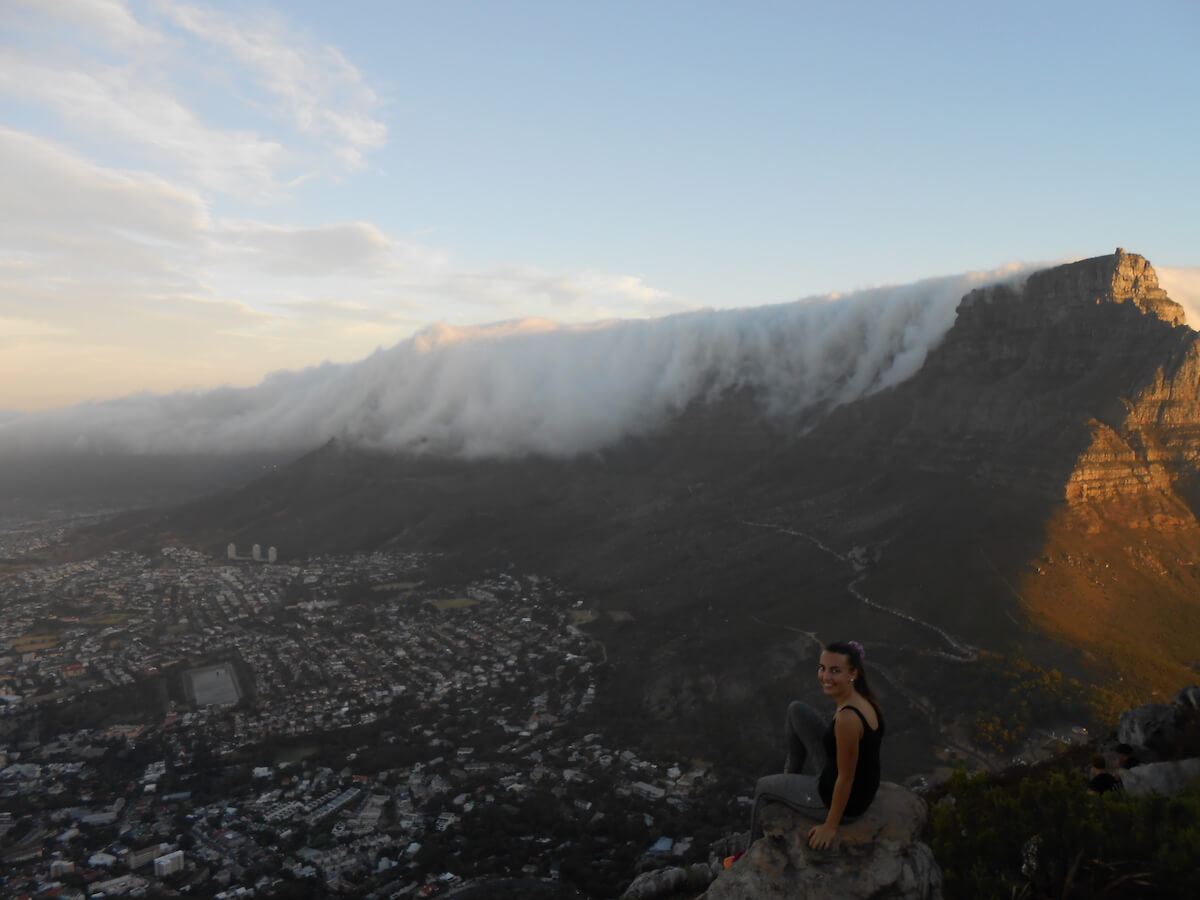 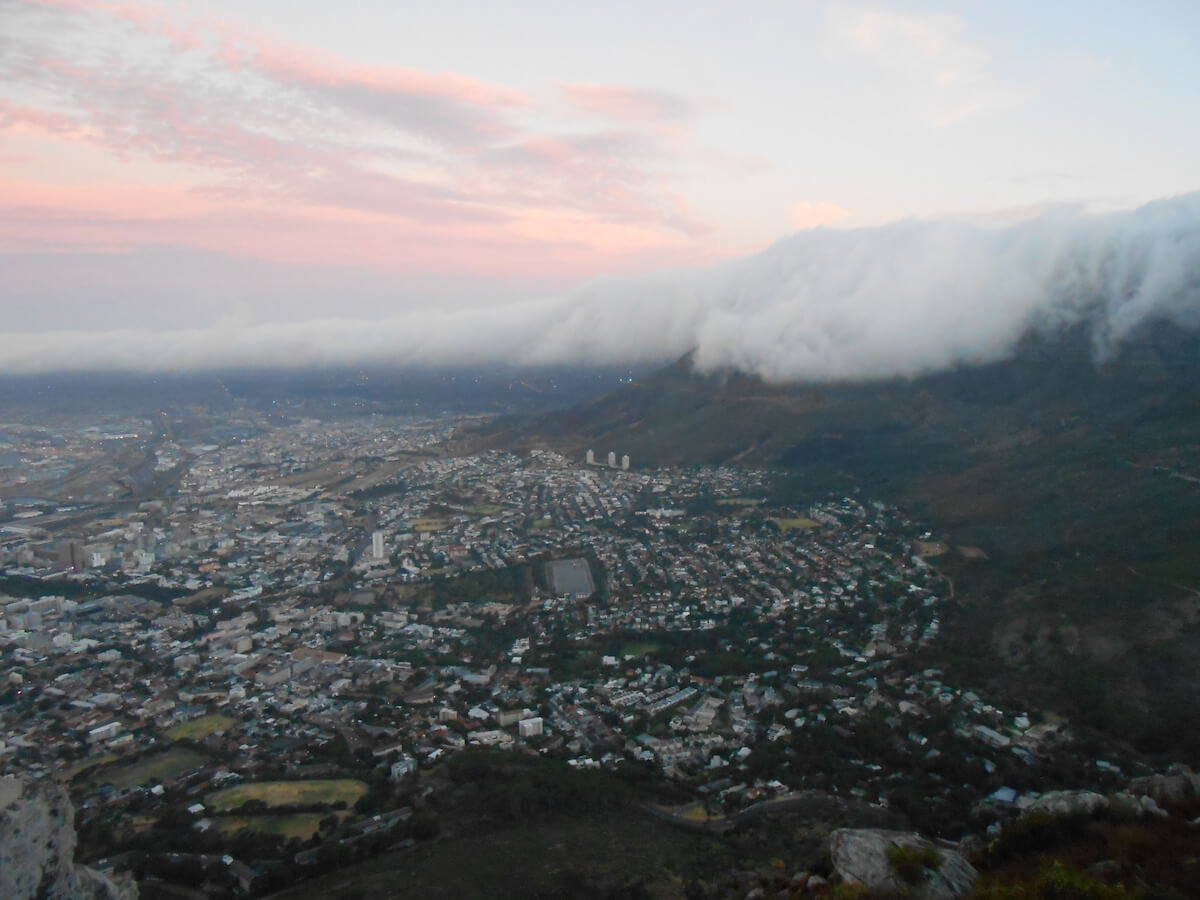 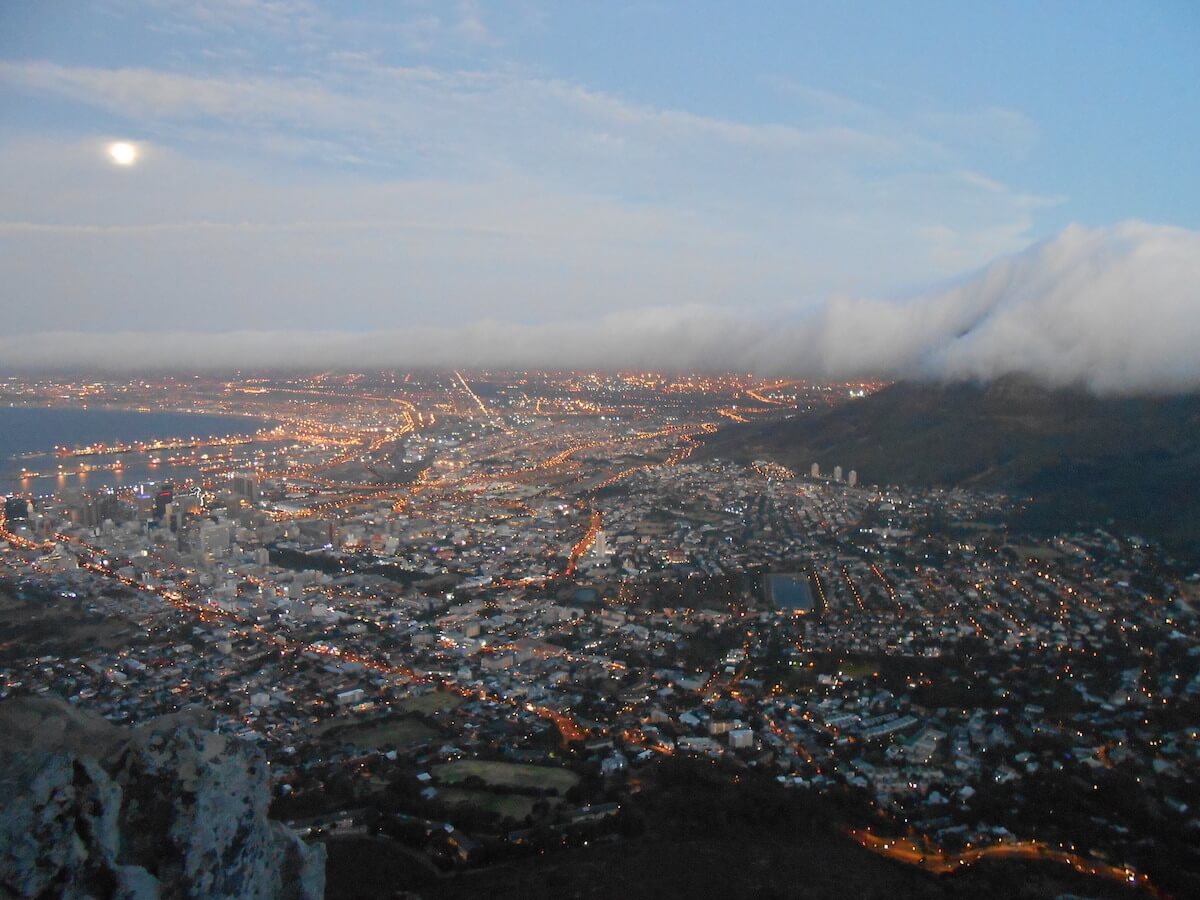 On our way down we meet fellow travellers and bloggers (www.umgezogen.com). They’re from Switzerland and have quit everything so they could travel with a minivan all the way from Switzerland to Iran and now they’re in Cape Town. Stories like theirs are hard to find, but so nice to listen to!

I’m dying to go to the city centre and explore the city, but as everyone in this city (locals and expats) keeps saying: don’t be afraid of the city, just be careful.

You can walk alone most of the time, but apart from that just be careful and take an uber or a taxi everywhere when it’s night time, even if it’s for a 5 minutes walk. I find it interesting that even when I’m in neighborhoods that are supposed to be safe all the houses have fences both on the garden and just in front of the door to get in the house, as well as in the windows.