Finding dragons in the green capital of Ljubljana

Ljubljana is the capital of Slovenia. It is also their biggest city and is located in the heart of the country. When the bus from Venice arrived at 2:30am at the bus station, we walked to Hostel Trevor and during our short walk I already decided that I loved that city. The vibe of it (very quiet at night) and the look of the buildings already made me feel happy.

Barely 6 hours of sleep later and we were ready to explore the city. First of all we had a chat with the hostel receptionist about Ljubljana facts to know before going out and places to visit.

3 FACTS TO KNOW ABOUT LJUBLJANA

1. It was awarded European Green capital in 2016. The city has drinkable water everywhere, the street fountains are perfect to refill your bottle without spending money or plastic in a new water bottle every time. The riverbanks and the city centre are made for pedestrians. Nowadays cars are not allowed which makes it easier for a stroll or sitting down on a café terrace overlooking the river Ljubljanica. Public transport can take you anywhere in the city. It is also the first European city to be in the “zero waste” programme and in 2016 had a 63% of separated waste for recycling. The city has trees and green areas everywhere. 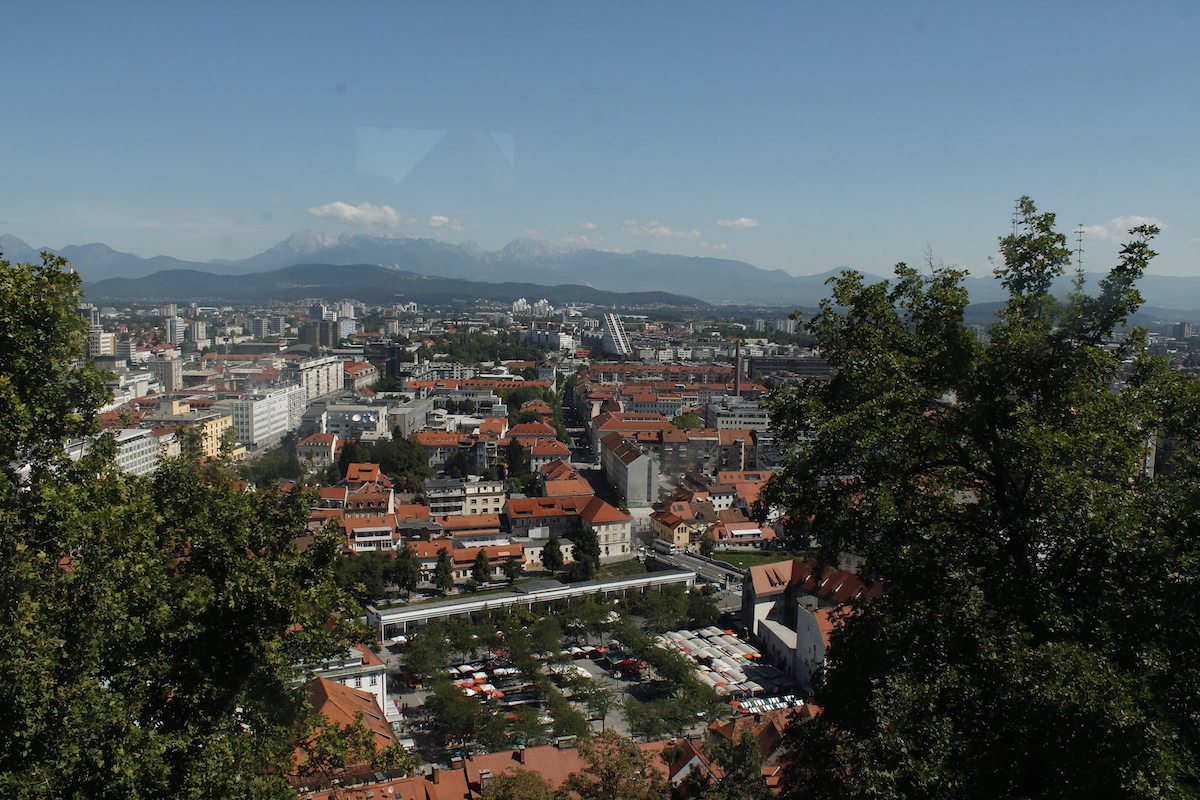 2. Ljubljana was also awarded in 2015 with the Destination Award by Tourism for Tomorrow Awards for its sustainable tourism.

3. Ljubljana is known for its dragons, that we can find on the Dragon Bridge and the castle. The legend of the founder of Ljubljana talks about Jason, a Greek hero. He stole the Golden Fleece from the king of the Black Sea. He was sailing with a group of people called the Argonauts. In fact, the legend is “Jason and the Argonauts”. They were sailing along the Ljubljanica river when they decided to camp in the riverbank because it was winter. They were to continue their journey by dismantling the ship and carrying to the Adriatic Sea so they could return to Greece. One day, when their village next to the river was built, a dragon emerged from the river spitting fire. He killed many people but Jason defeated him. Jason is supposed to be the first citizen of Ljubljana. The local legend says that every time a virgin crosses the Dragon Bridge (Ljubljana), the dragons will wag their tails. 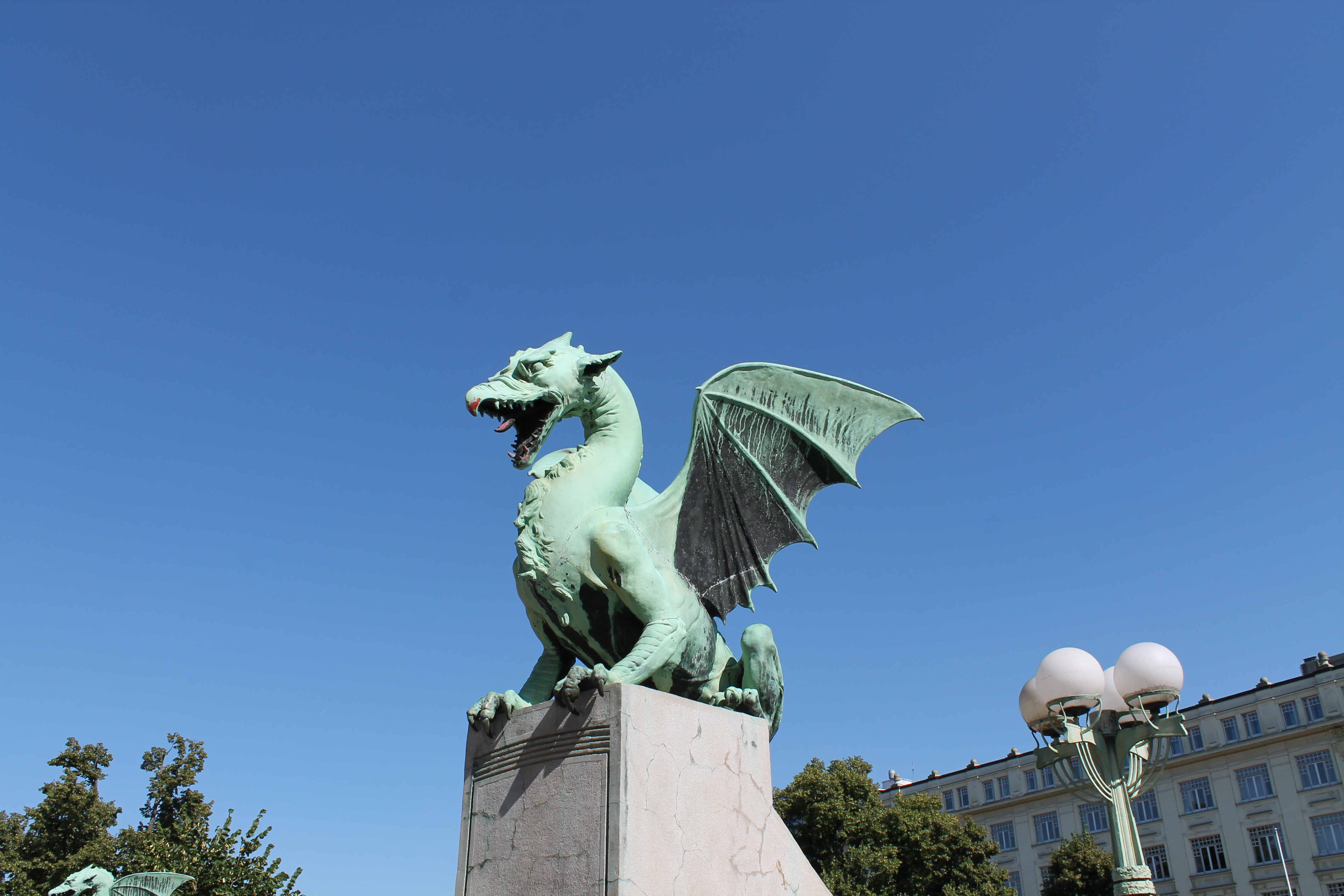 PLACES TO SEE IN LJUBLJANA 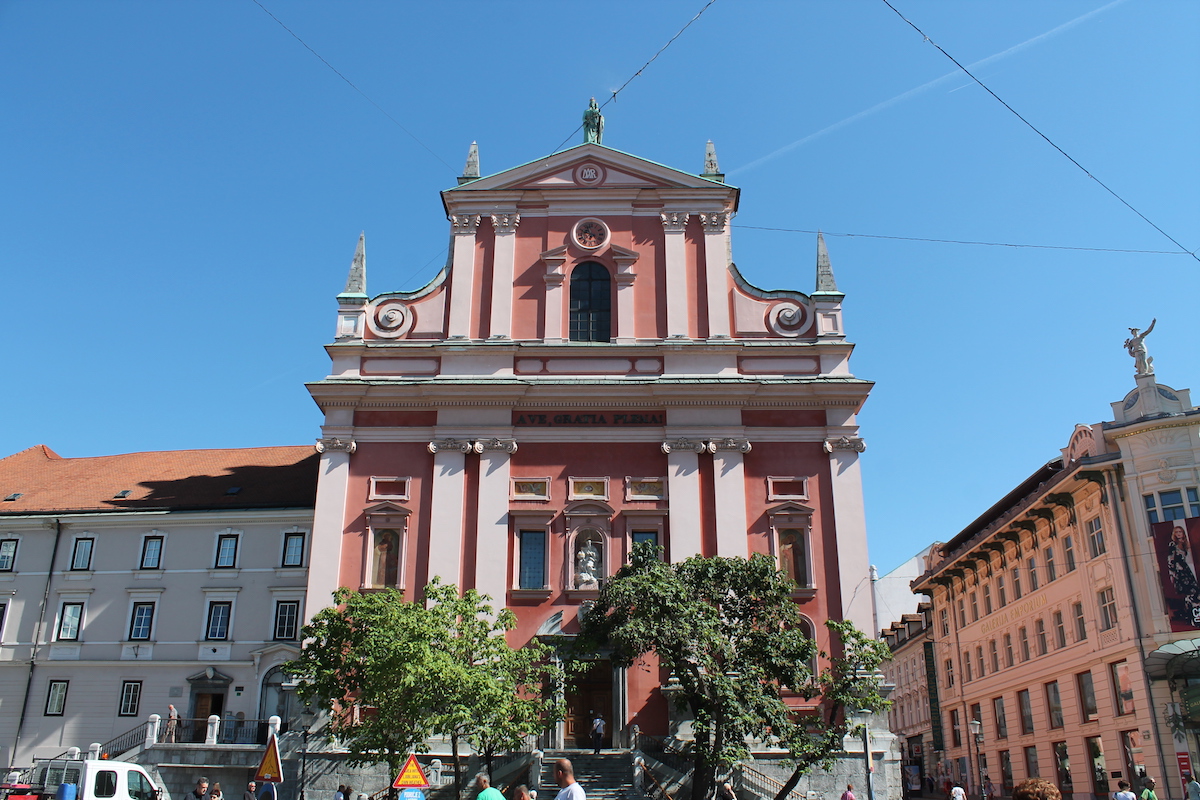 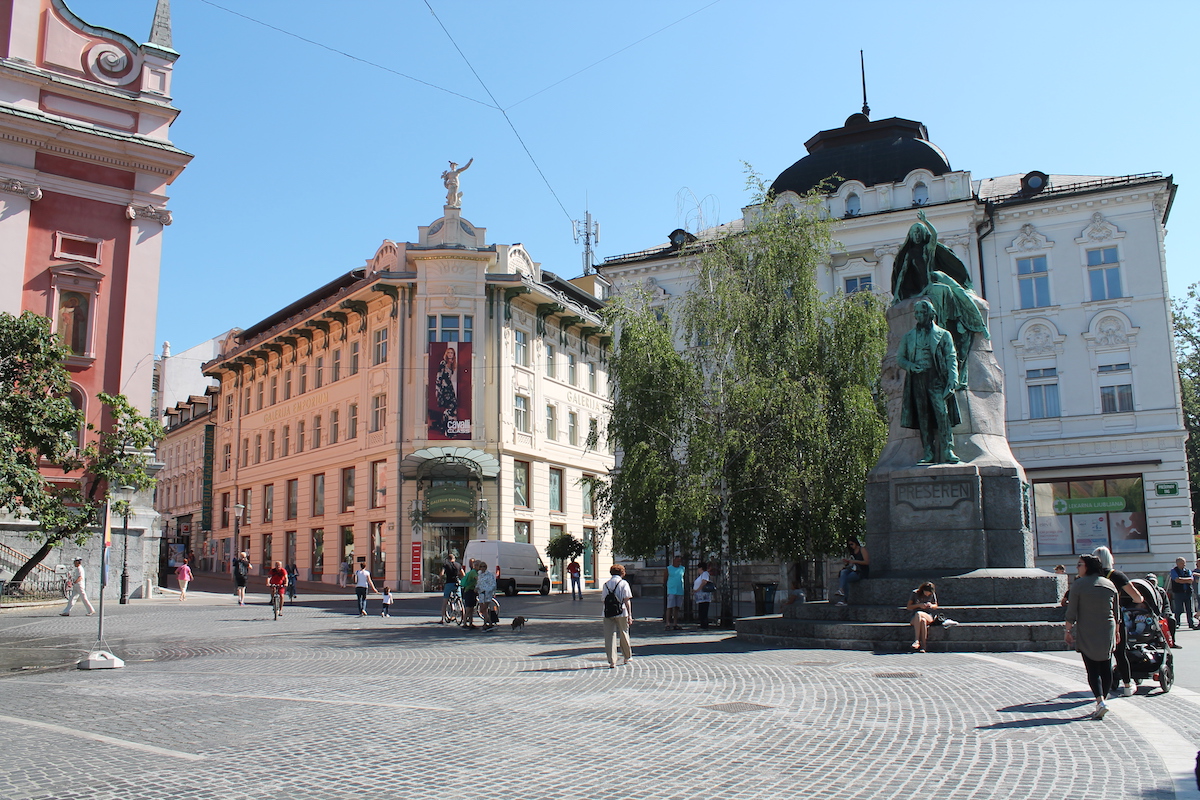 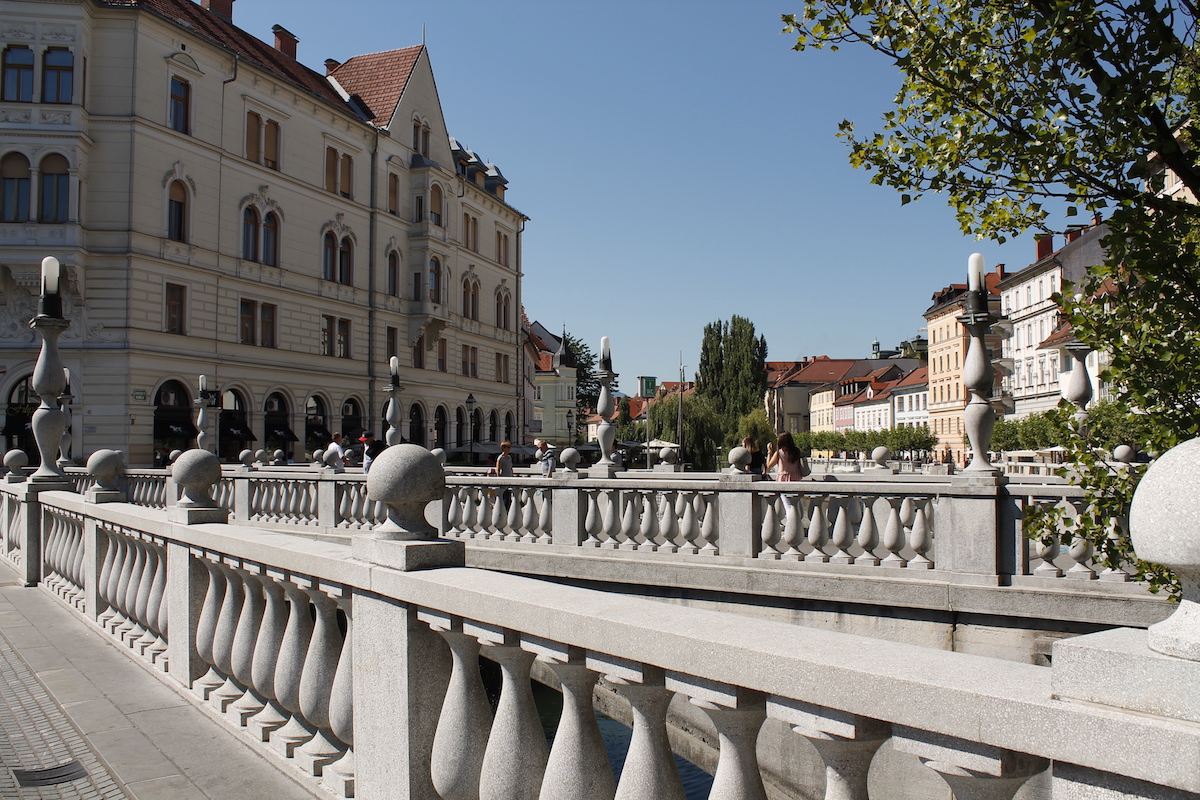 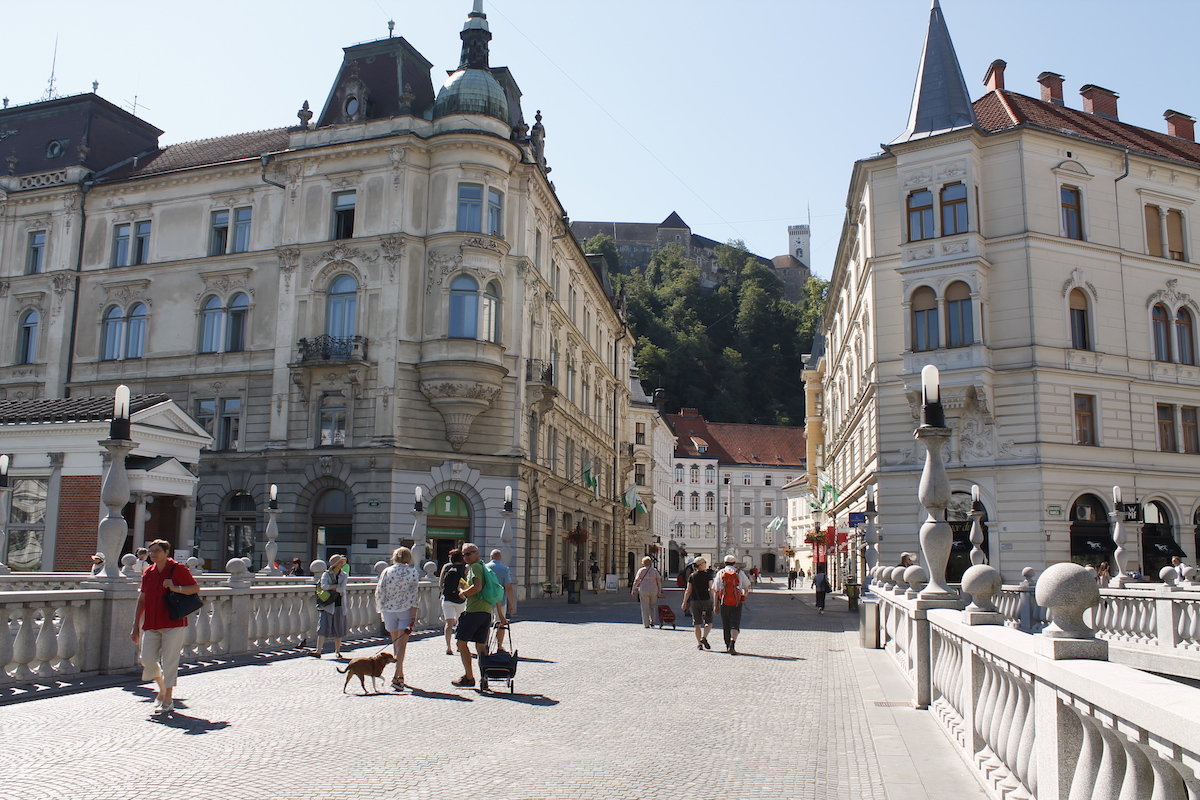 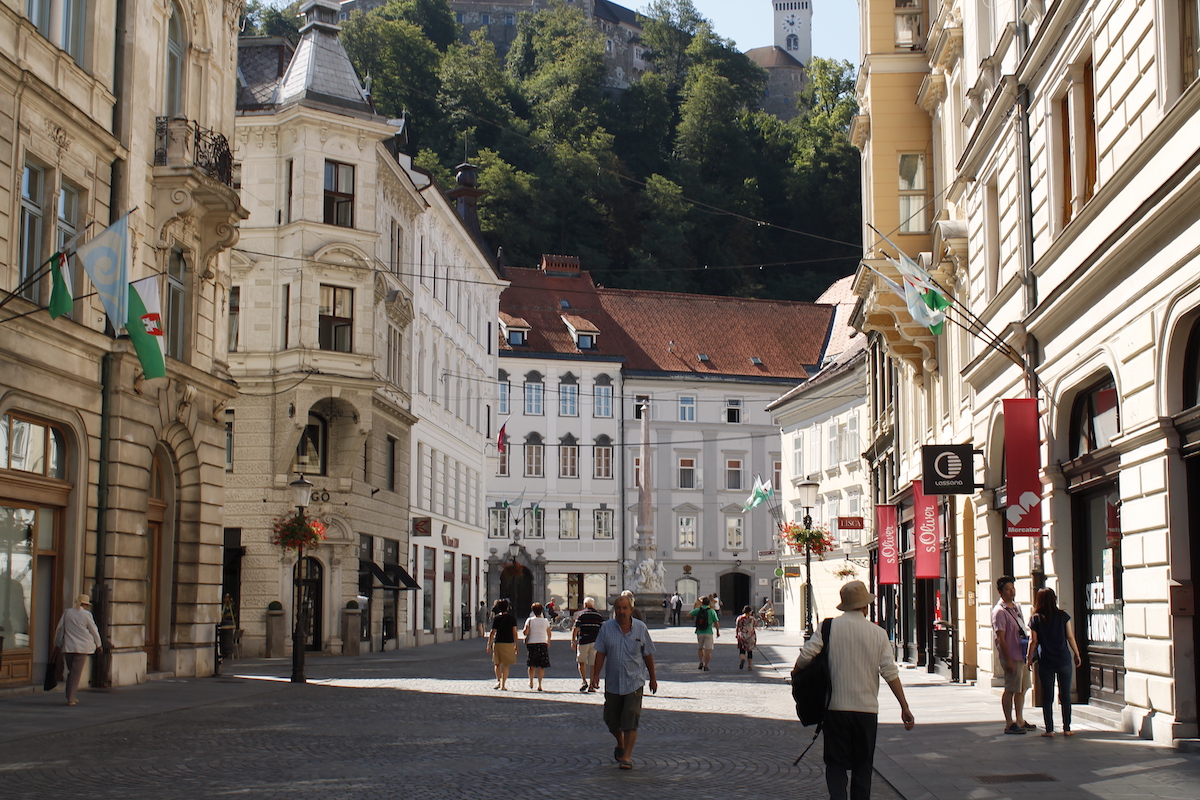 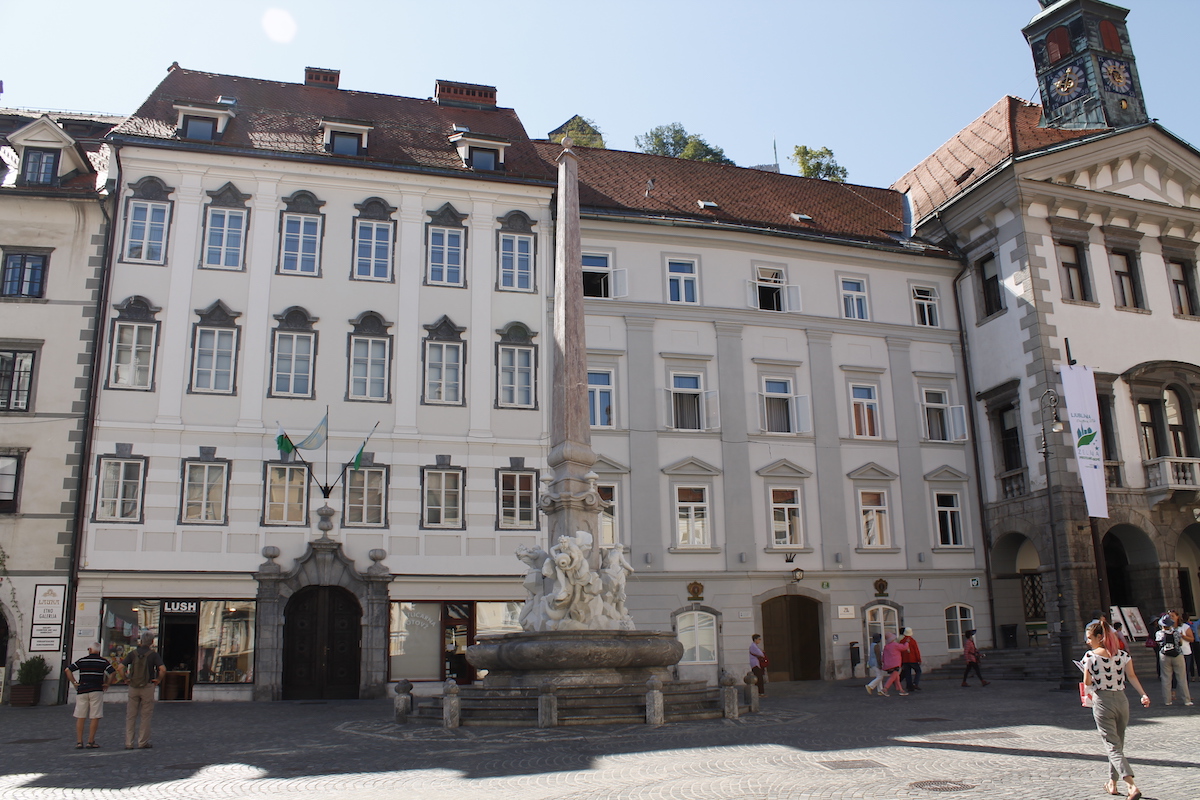 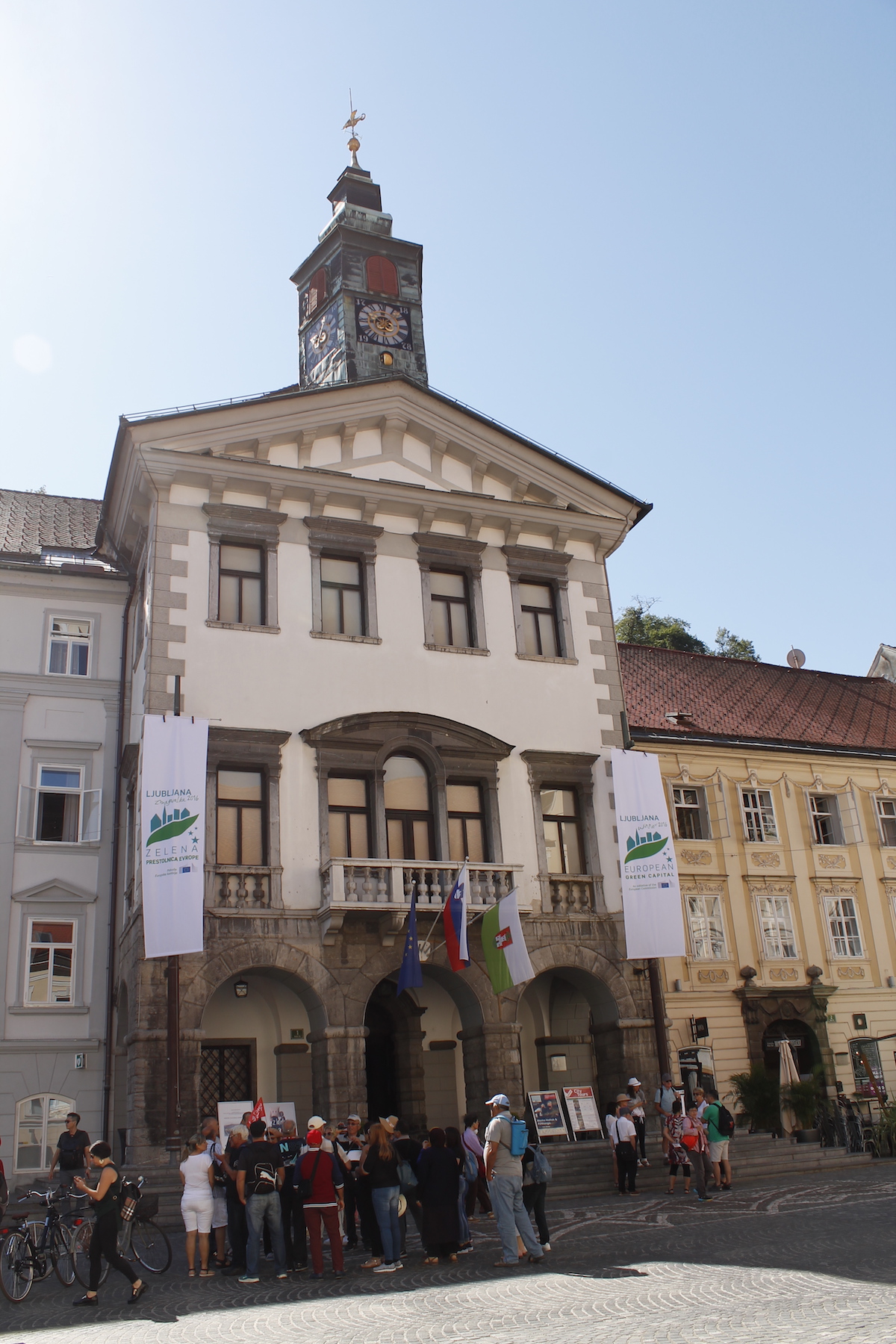 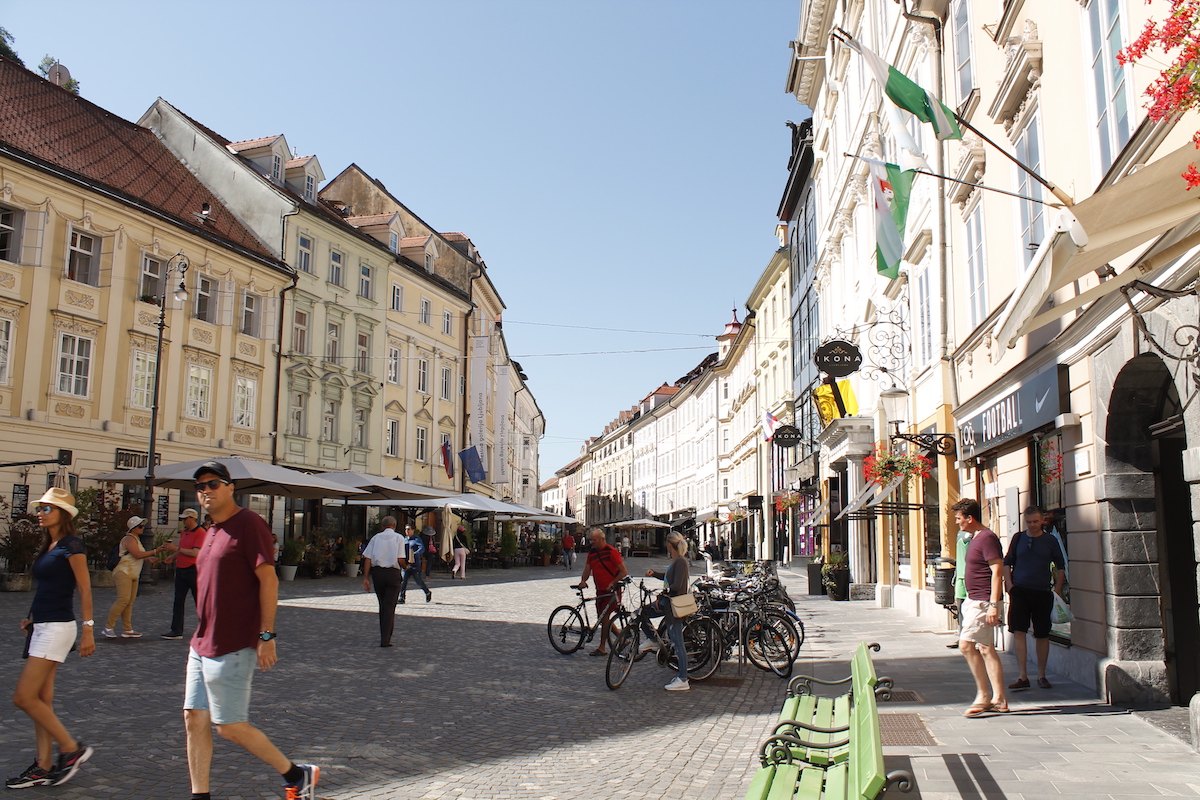 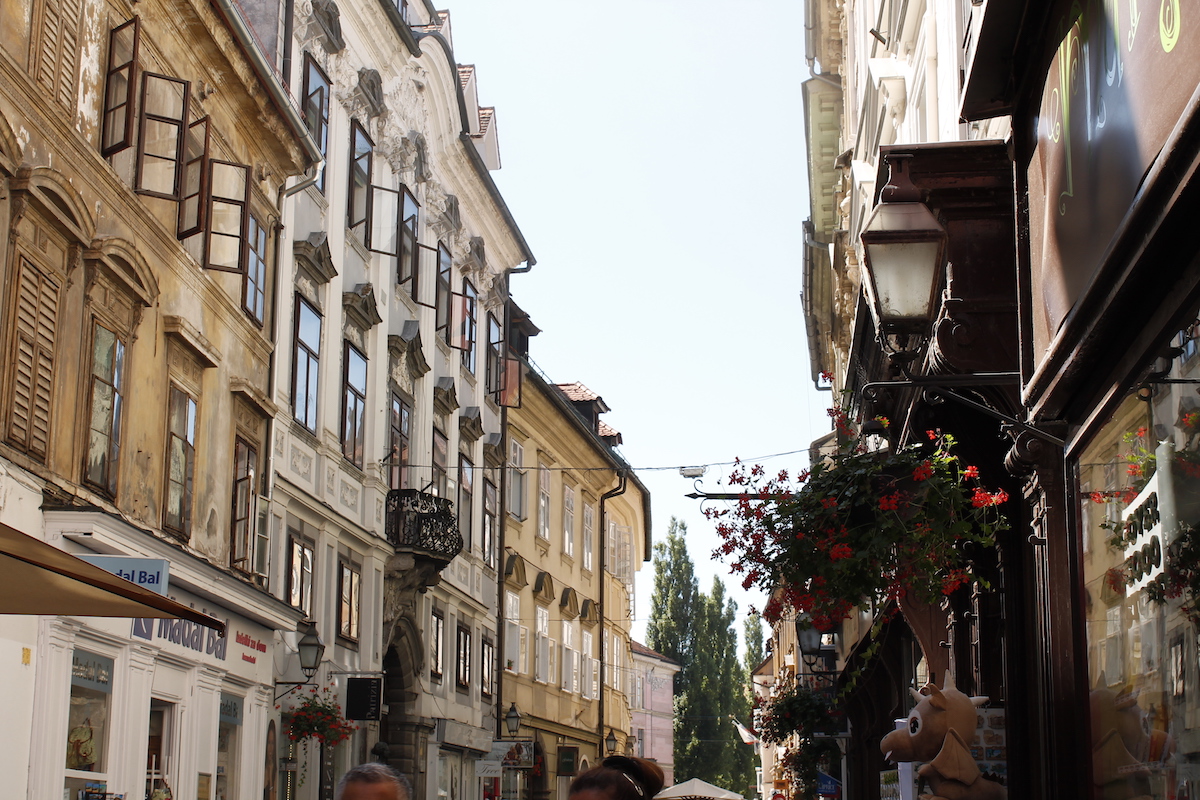 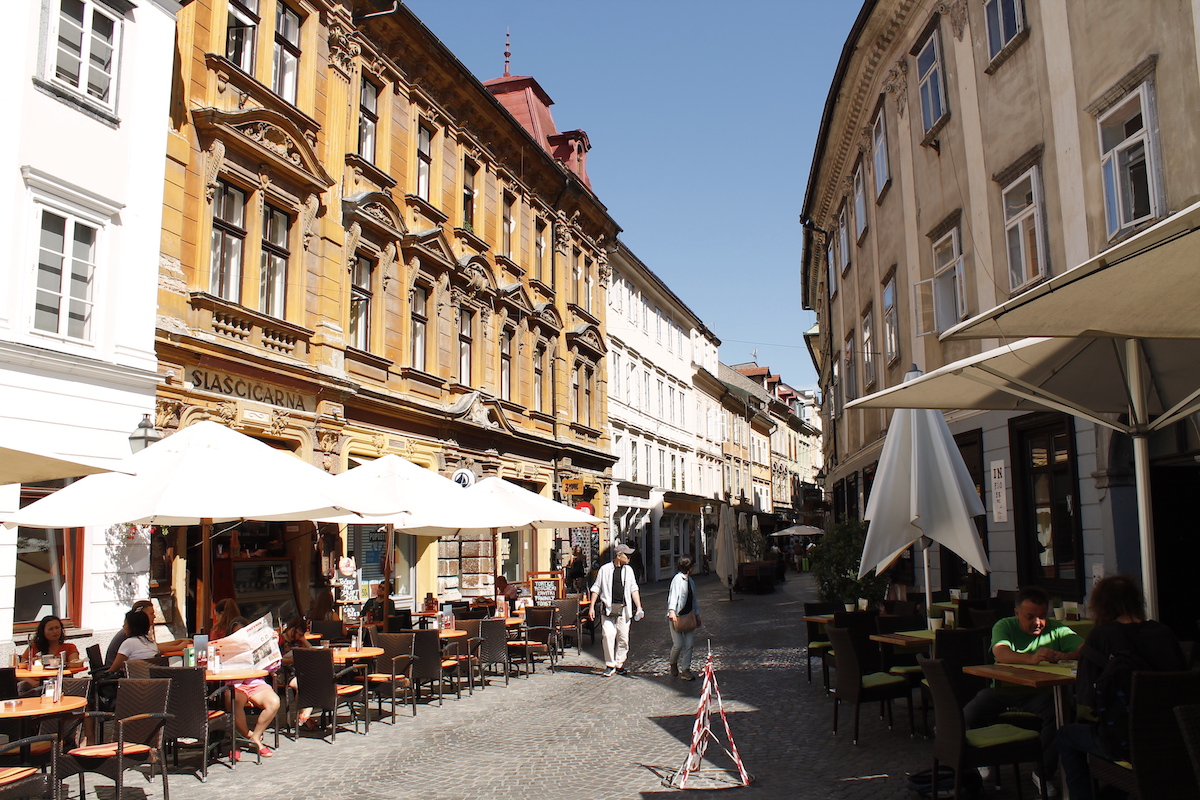 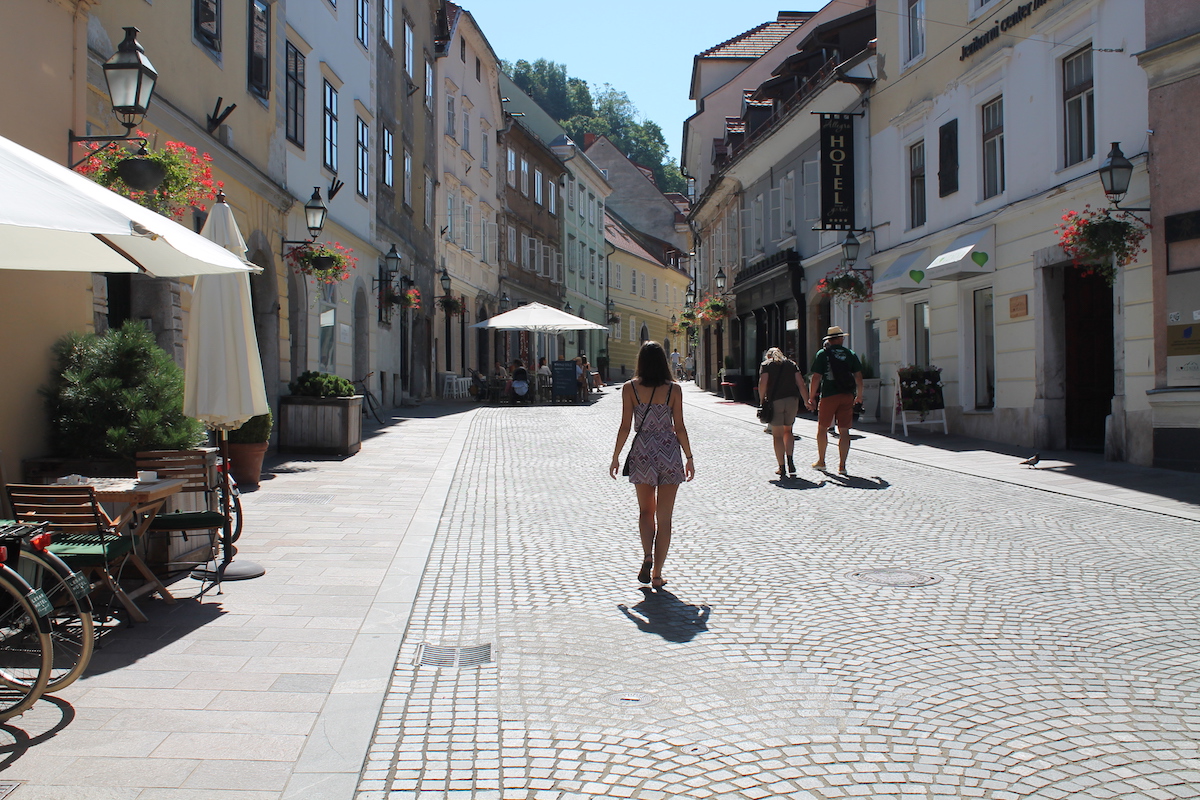 We walked up the castle, the street is steep but it is a short walk. Once there we entered and discovered the castle. The entrance fee for the Ljubljana castle is free for most parts and you can pay 7,5€ per adult to gain access everywhere. There is the option to pay for the funicular to get you there as well. 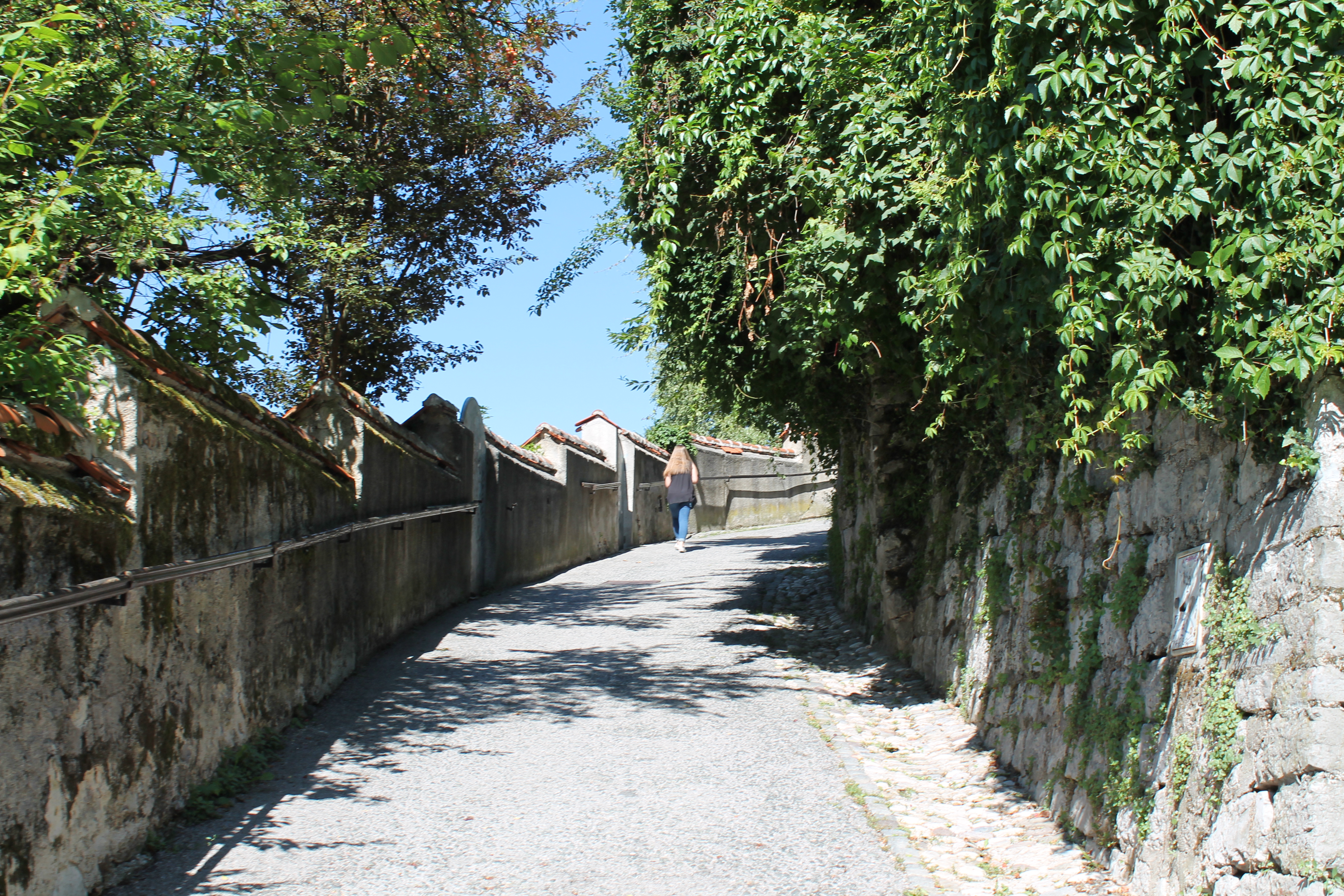 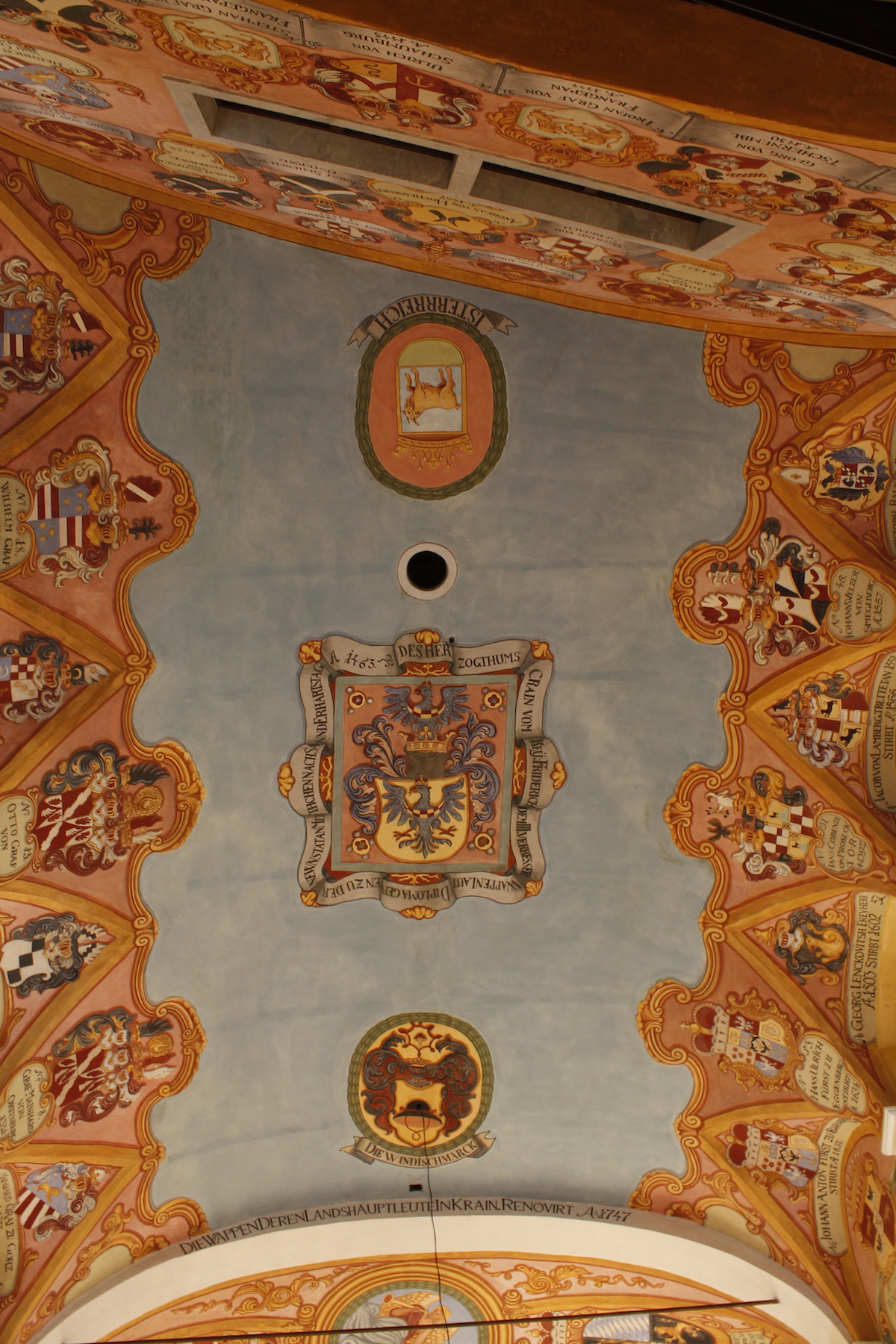 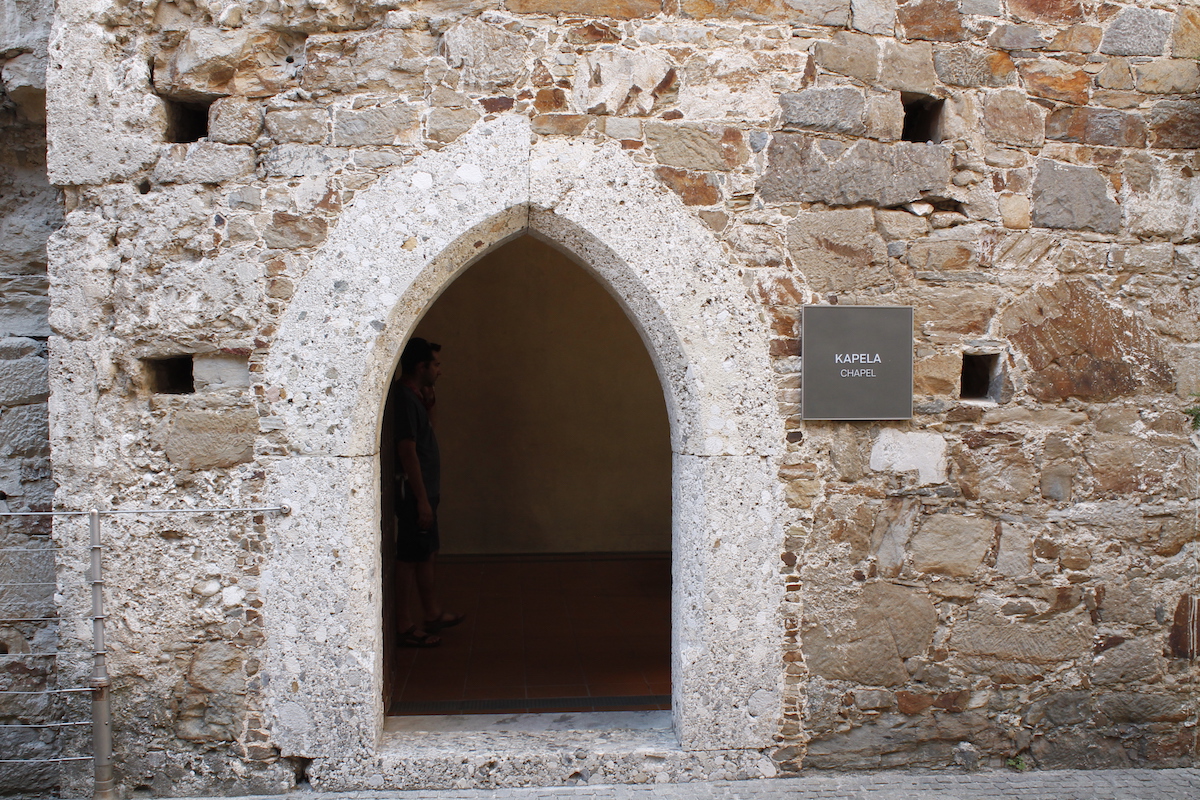 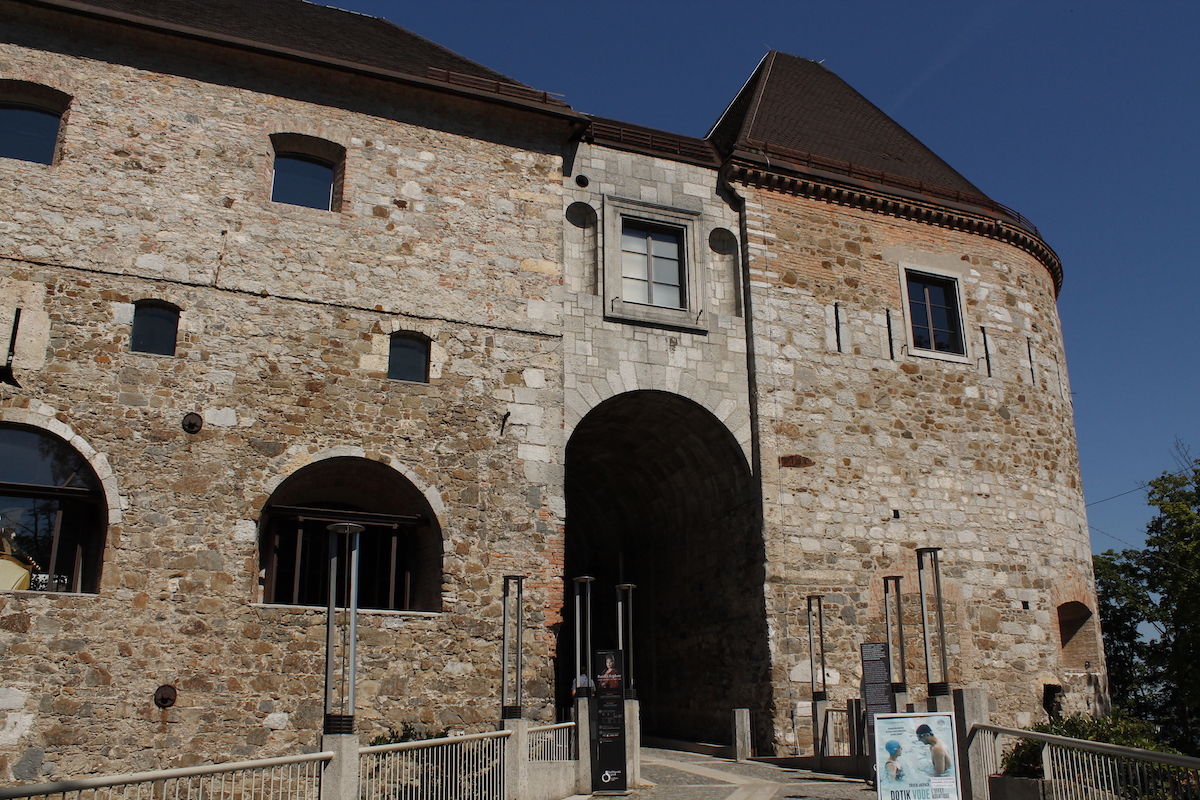 From the castle we could see the whole city, and as the first lookout of the day it looked amazing. We had the feeling of a city built inside a forest. 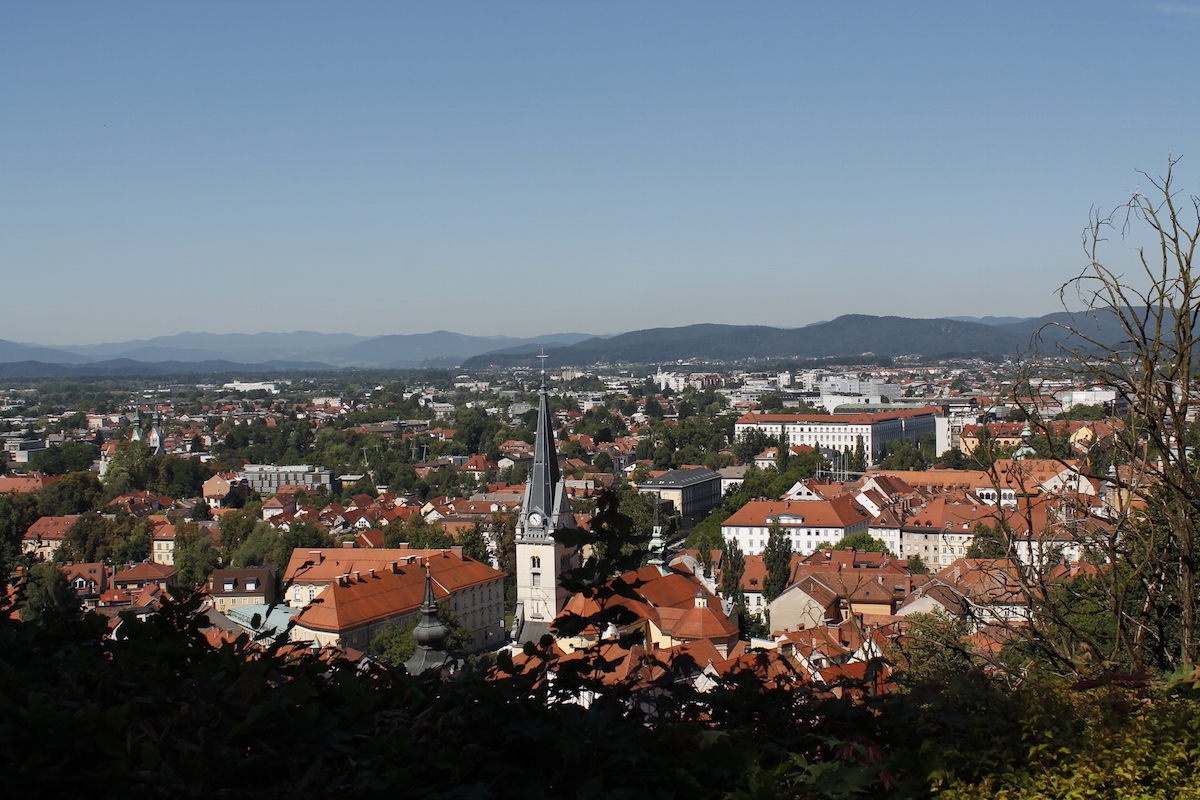 We strolled down to the city again and visited the central market. After that we walked not more than 15 minutes to arrive to Tivoli Park. The park is beautiful. It has inviting tree shadows and benches. It is the perfect spot to read a book or in my case plan the next thing to visit. 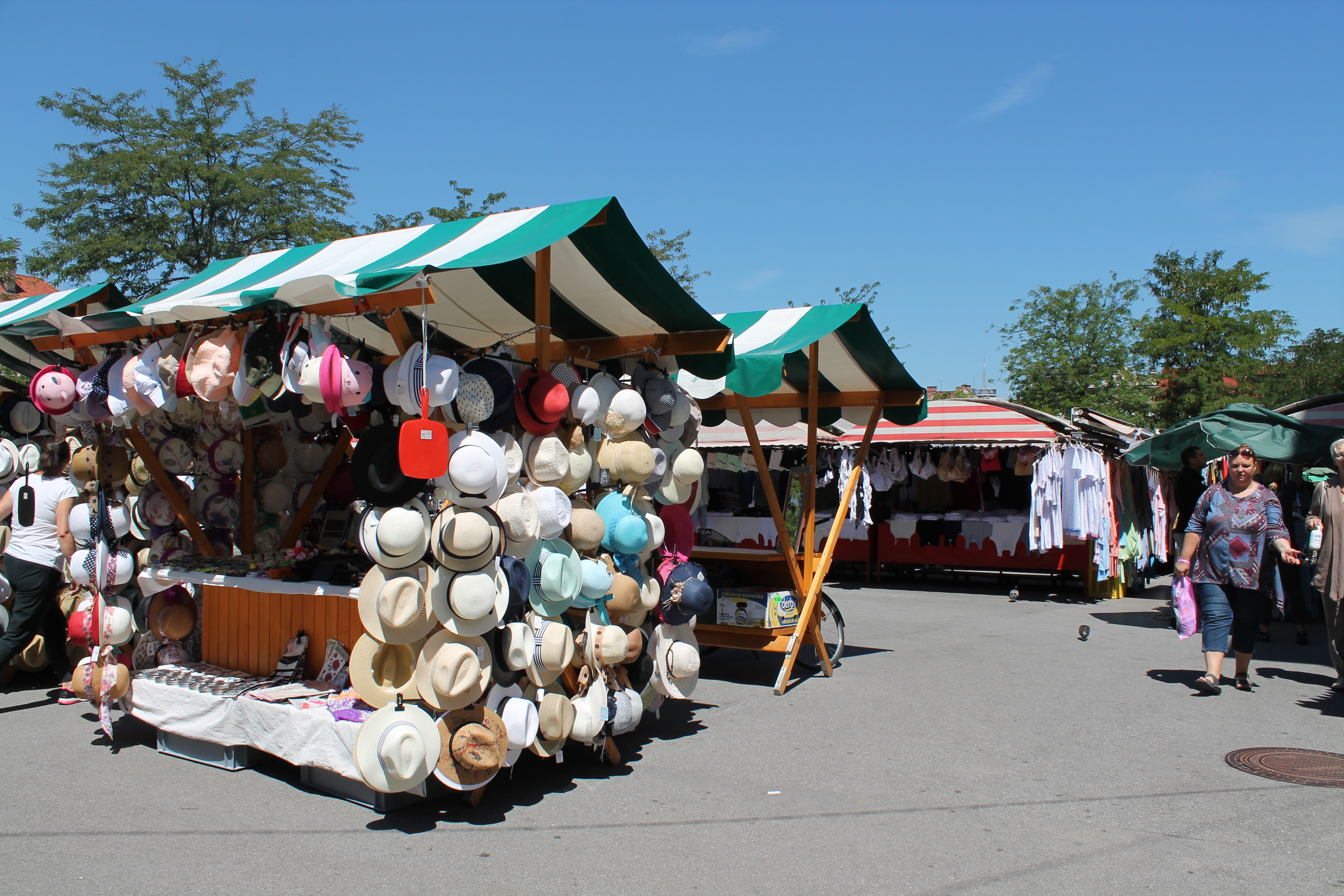 After some chilling we had a pit stop in a beer garden. Later we went to one of the highest skyscrapers in the city, Neboticnik. We had a drink admiring again the city from high up and this time the views of the castle as well. 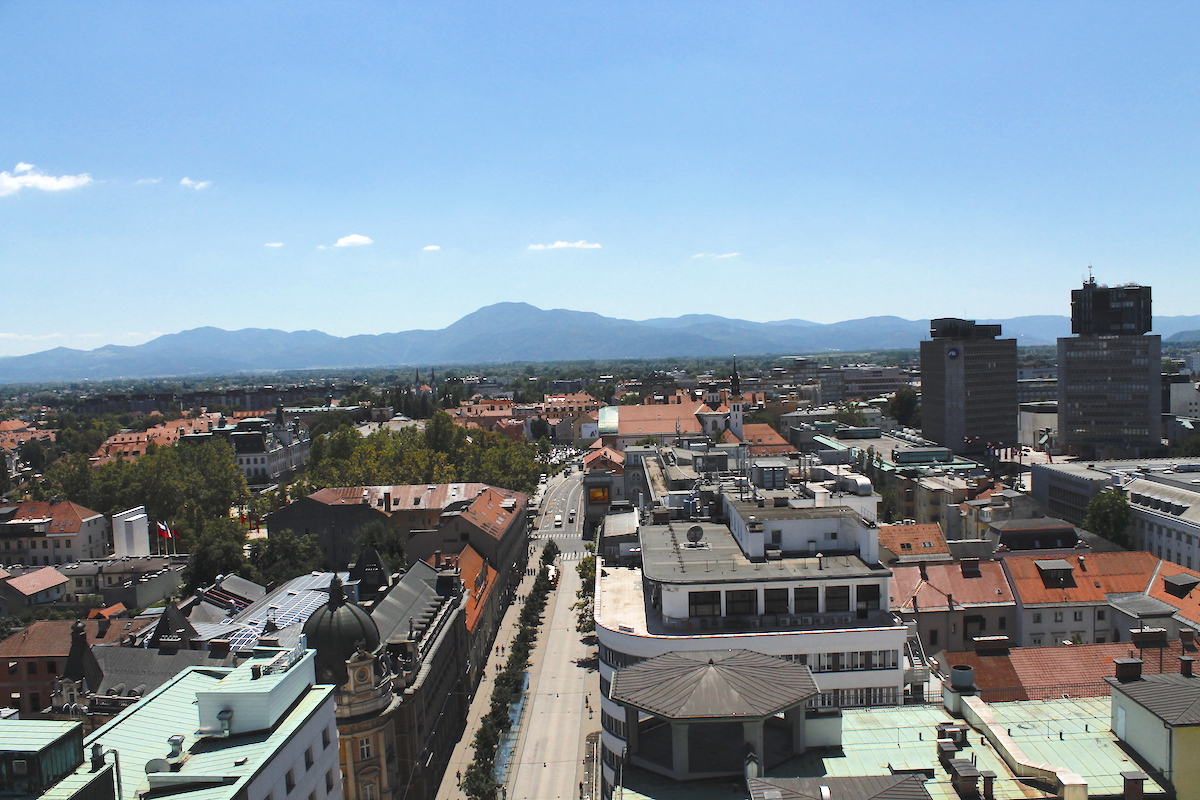 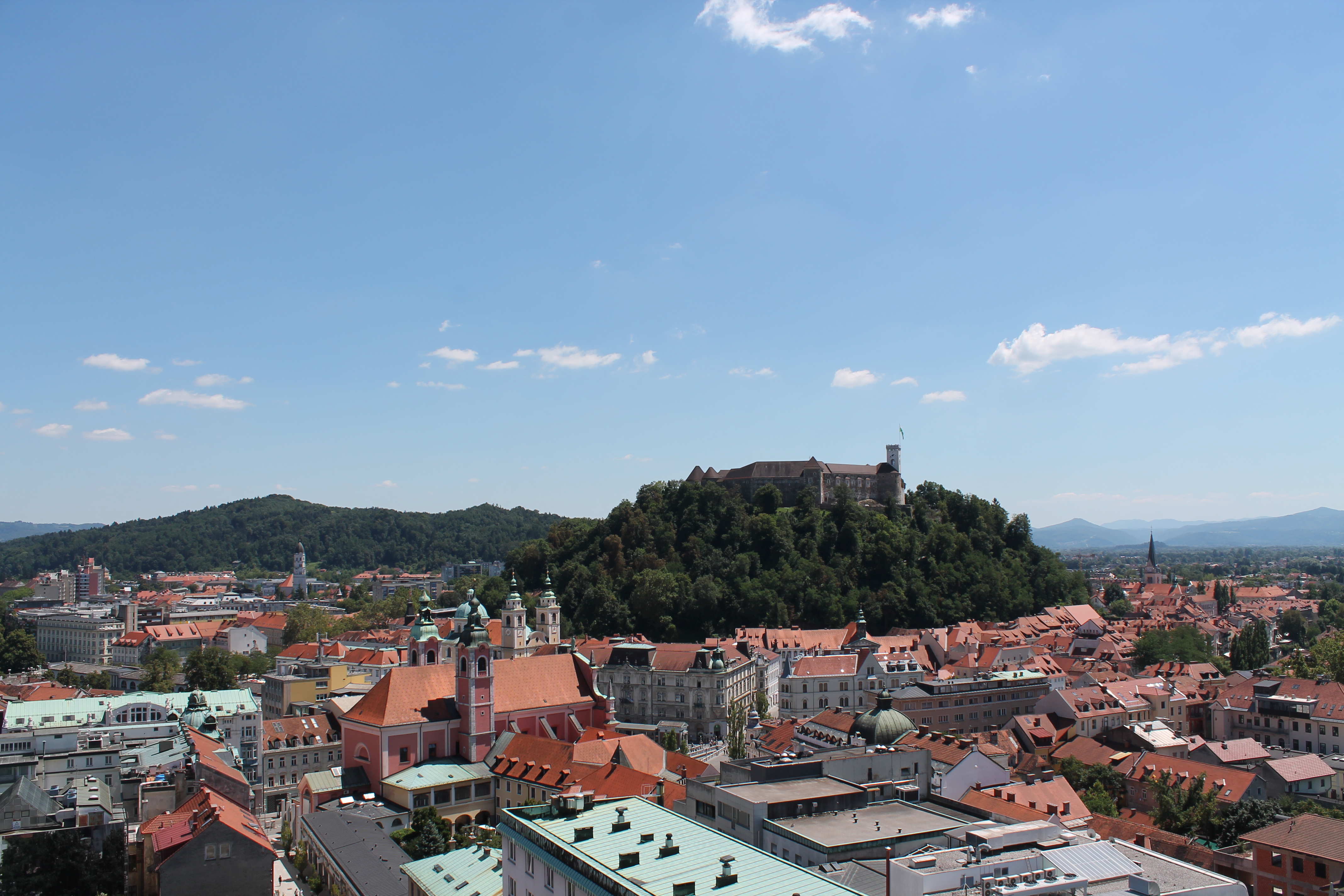 To finish the day we walked along the river, visited the dragon bridge and the Butcher’s Bridge. 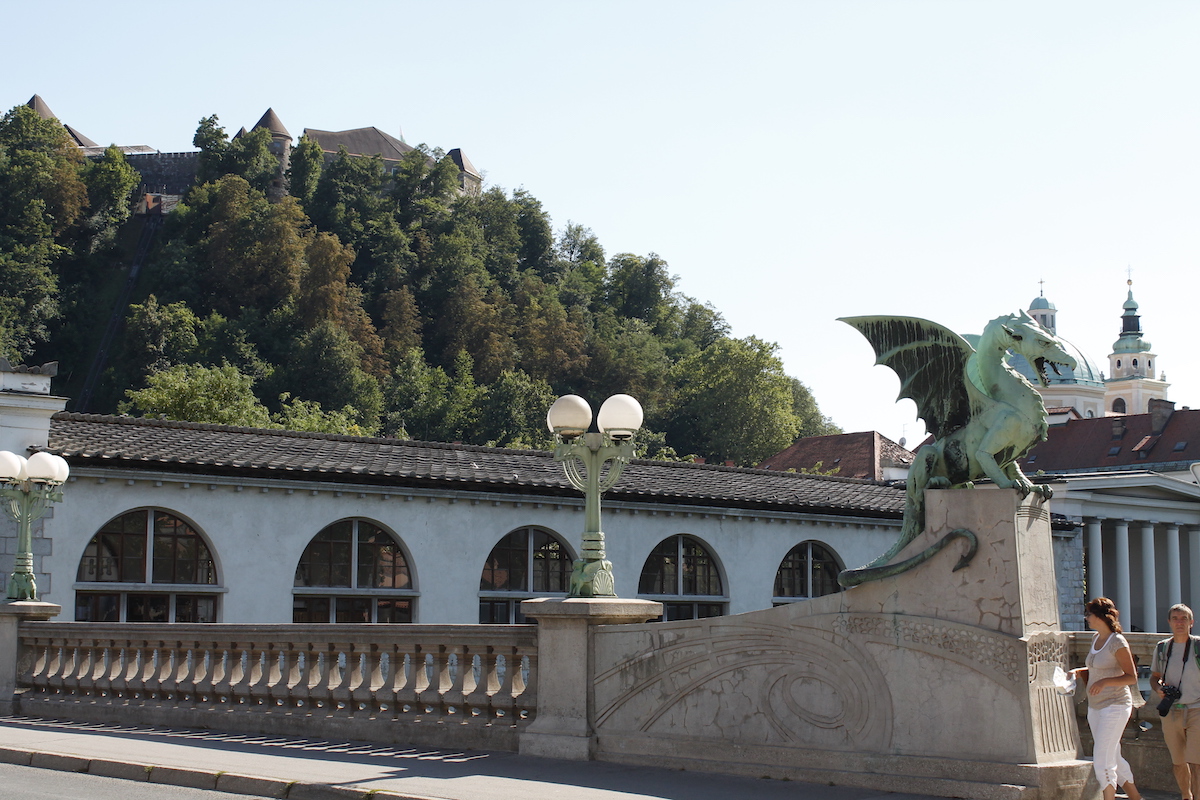 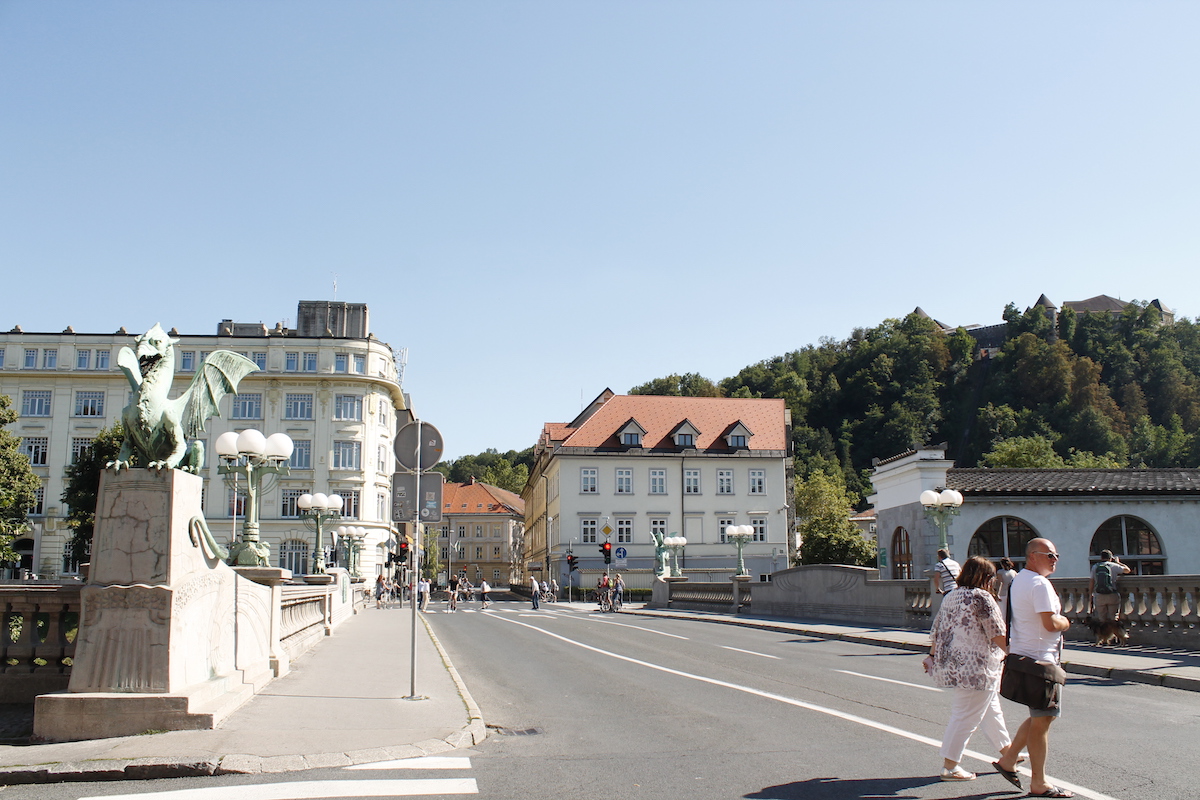 Have you ever visited the lovely town of Ljubljana? Share your loving experiences with me! 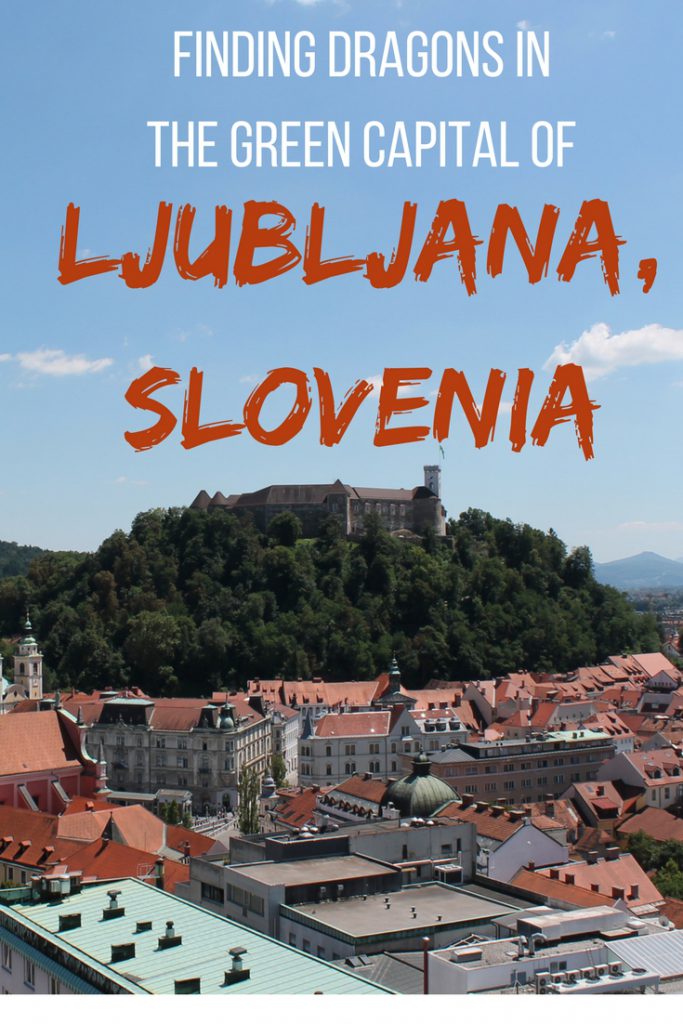 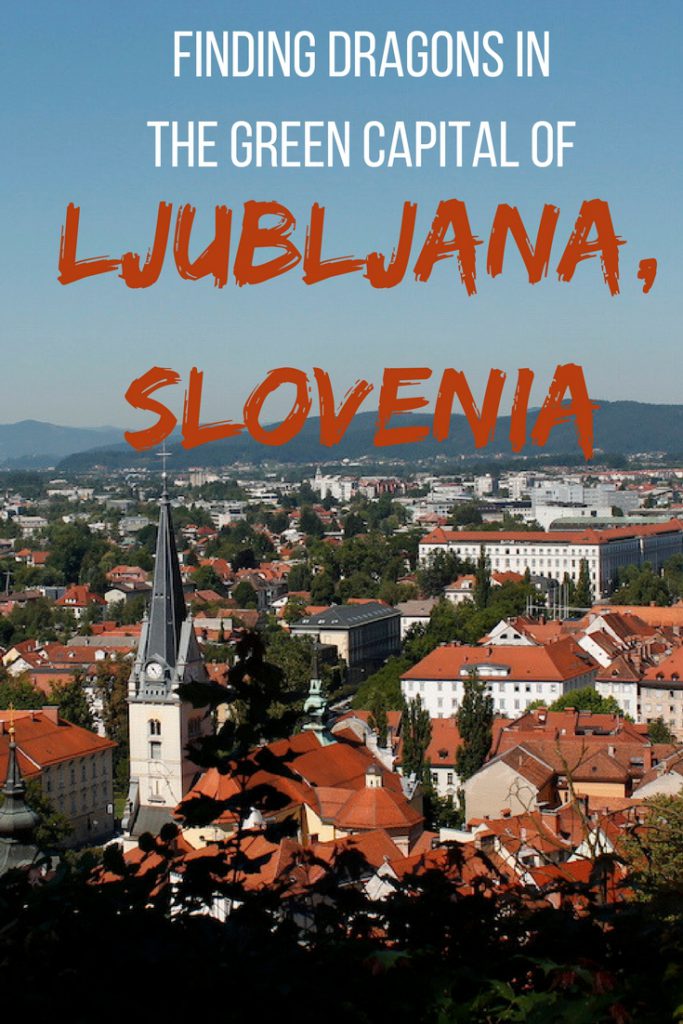